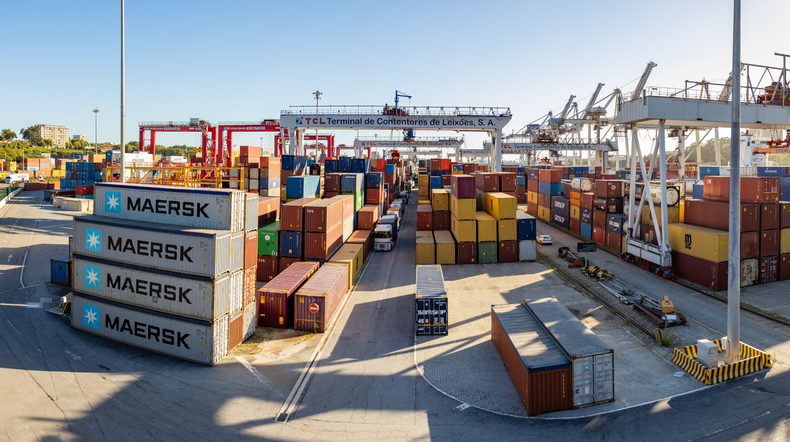 Port congestion globally is continuing to be exacerbated by a dangerous mix of labour shortages through strikes and inland logistics capacity.

According to new data provided by project44, in Europe, German and Dutch ports are bogged down with the fallout in contract negotiation talks with the German labour union ver.di, which “has not moved ahead favourably,” project44 writes in its July Port Report.

Earlier this month a third strike within a handful of weeks took place in Germany following a collapse in negotiations between dockworkers and employers.

Additionally, Russia-bound containers at the ports’ facilities – such as Rotterdam – have slowed operations since shipping lines stopped servicing the country following the on-set of the Russia-Ukraine war.

“Union strikes and international sanctions on Russia have disrupted vessel schedules and contributed to port congestion across Europe, with the Ports of Rotterdam, Hamburg, and Bremerhaven struggling to accommodate vessels on time,” commented Josh Brazil, VP Supply Chain Insights, project44.

Just this month, staff at two major ports in Liverpool and Felixstowe in the United Kingdom have voted – or are considering – to implement strike action in disputes over pay.

The labour strikes have restricted the movement of major exports like autos, machinery, and chemical products.

At the major Ports of Antwerp and Rotterdam, the logistics hubs are bracing for the upcoming holiday season that will see a shortage in labour availability, project44 notes. Landside operational issues persist, as yards are nearing their limit and trucking activity is tight.

The increased cargo inflow from China after the reopening of Shanghai also adds to European port challenges, as yard facilities struggle to move containers out due to inland transport bottlenecks in rail and labour strikes.

“In Europe, cargo lead times could be expected to worsen in the short term, considering the various bottlenecks it suffers from on the landside logistics operations ⁠— including port labour and trucking industry strikes, overflowing yards and terminals, and a widespread drawdown in available logistics labour during the holiday season,” added Adam Compain, SVP Supply Chain Insights for project44.

The challenges are reflected in increasing container dwell times across Europe, with export and import containers staying at the terminal longer than usual ⁠— signalling a slowdown in landside activity.

“While port throughput volumes continue to stay above the pre-pandemic trendline, container vessel berth times increased across most regions except US Gulf and US West Coast,” explained Brazil.

Although there was a drop of 19 per cent in the time the vessels spent at berth at US West Coast Ports, the time continues to remain higher than ports in China (282 per cent), Southeast Asia (206 per cent), Europe (96 per cent), US East Coast (98 per cent) and US Gulf (53 per cent).

The calm after the winter storm continues at the US West Coast ports of LA and Long Beach, clearing out the last remaining vessels in a queue which stood at over 100 in December 2021.

The fears of a labour strike on the West Coast continue to remain alive amongst the shipper base, project44 notes, as talks have yet to lead to a resolution following contract expiration on 30 June.

Although both the Pacific Maritime Association (PMA) and the International Longshoreman and Warehouse Union (ILWU) have assured that operations will continue unhindered, shippers “are still skeptical of the future” and persist in moving logistics operations away from the West and towards the Gulf and East Coasts.

Earlier this week the ILWU and PMA announced that they have reached a tentative agreement on terms for health benefits, subject to agreement on the other issues in the negotiations.

The data provided by project44 echoes last week’s diagnosis in the McCown Container Volume Observer that boxes are being moved further east across the nation due to concerns over the talks.

“While US West Coast ports continue to be some of the least efficient ones globally in terms of vessel berth times, they have cleared their vessel queues thanks to Chinese lockdowns that suppressed volumes flowing to the ports, improvement in downstream trucking operations, and freight redirected to the East and Gulf Coast ports by shippers fearing port strikes in the wake of the International Longshoremen and Warehouse Union (ILWU) labour contract renegotiation,” project44’s report wrote.

An additional concern is over the recently enacted AB5 mandate. Last week some 450 Port of Oakland dockworkers were unable to report to work as truckers protesting the Assembly Bill 5 (AB5) law have blocked access to one of the port’s main terminals.

Transport workers are protesting against the AB5 authored by former Assembly Member Lorena Gonzalez in 2019. Provisions in the bill require workers to satisfy a three-part test to be considered independent contractors.

AB5 “will make it challenging for owner-operators and independent contractors to ply their trade, as they will be classified as employees under state labour laws,” project44 explains.

Despite improvements on the US West Coast, concerns remain that the AB5 law restricts independent truckers from the labour market. This, combined with a successful ILWU contract, could mean a return to long queues the US West Coast ports.

As rerouting has led to an increase in vessels queuing up at the East and Gulf Coast ports, ongoing construction work at the port of Savannah caused a 192 per cent increase month-over-month in vessels in June, with 25 vessels anchored close to shore.

Ports of New York and Houston have 13 vessels queued, with Houston seeing a 55 per cent increase in congestion from May.

Intriguingly, some of the displaced cargo moved up from the US West Coast to the West Canadian ports of Prince Rupert and Vancouver, which showed a 175 per cent increase in export container dwell and a 37 per cent increase in import container dwells. However this is partially down to inclement weather hampering inland rail networks, project44 notes.

US import volumes continue to be at record high levels, which shows that the consumer economy is still robust and somewhat bucking “bear market expectations” for now, project44 notes.

With the summer shopping season around the corner, shippers and retailers might look to move their freight on trucks rather than on railroads, as trucks are faster and flexible. This would, however, increase pressure on a delicate trucking market that is meandering towards normalisation.

“Ultimately, the market continues to be in a state of flux, as has been the norm since the pandemic, and it is expected to remain that way for now. While it is encouraging to see improvement across global ports, shippers must recognise the headwinds lurking around and plan operations accordingly to stay afloat in these volatile times,” project44 writes.