Spotlight on the state of the sector 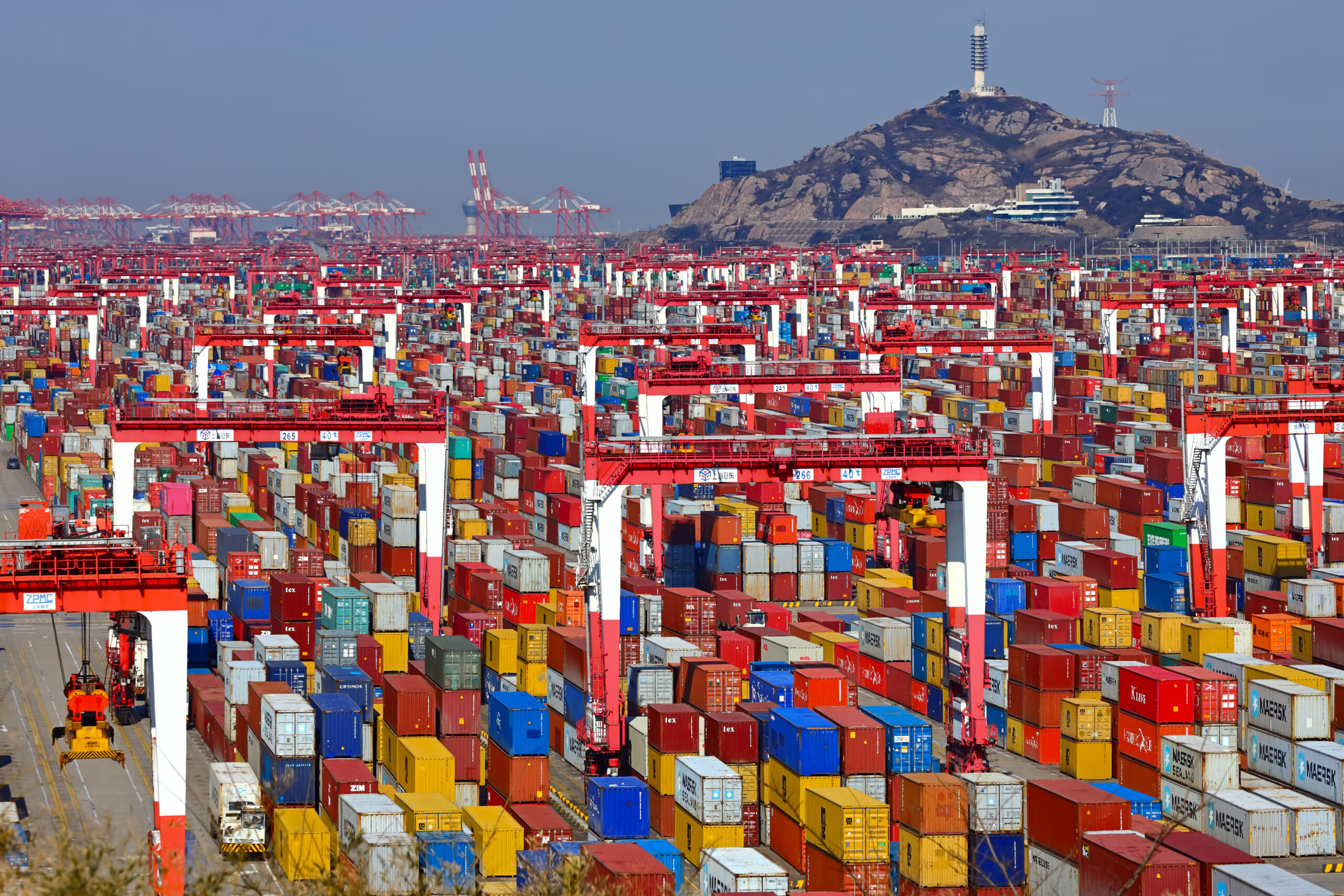 It has been immensely challenging year for the ports and terminals industry so far. Supply chain disruptions have put a spotlight on the importance of digital technologies and collaboration between stakeholders.

There have been significant crises which have emphasised how vital container shipping is to the global economy and society.

It could be argued that at no point in peacetime has ensuring the flow of goods, medicines and other products been as critical as it has during the COVID-19 pandemic.

Seafarers, lorry drivers and warehouse workers and others who work in the supply chain are now certainly seen as key workers, and governments have increased investment in the movement of goods.

In many ways the pandemic has exacerbated problems that were already long in the works for maritime industry, and it has accelerated the need to upgrade processes and improve visibility as demand growth shows no sign of slowing down.

As we enter the latter half of 2021, we have looked back at a handful of the biggest news stories and insights.

During a press briefing in February 2021, Hapag-Lloyd CEO Rolf Habben Jansen said the surge in consumer demand represented the biggest change in market behaviour since the 1970s and indicated that consumers had rediscovered their appetite for goods over services.

However, Jansen also described the surge as a “perfect storm” for growth but also as a “temporary market phenomenon” driven by lockdown restrictions in many regions.

“The spending spree of the past half year – how much of that has been on goods people would have bought anyway, but have merely bought earlier?” Jansen said.

“And the people who have ended up with larger savings than usual – how will that be spent after lockdowns? This to me makes all of 2021 very unpredictable in terms of demand (both up and down).”

The surge in demand for containerised goods has caused record profits for the world’s largest carriers and congestion at many of the busiest ports in the US, which has led to calls for more government intervention and digital innovation.

In January 2021, the Port of Los Angeles said that US ports needed to pursue greater connectivity and supply chain digitalisation if the nation is going to recover as a world economic and trade leader.

Gene Seroka, Executive Director at the Port, made the claim during the annual State of the Port of Los Angeles 2021, during which he also announced the development of the Port’s Control Tower, the latest in a series of cloud-based data initiatives to improve visibility.

“If we want America to improve as a leader in global trade, we need nationwide port data connectivity with agreed-upon data standards and open architecture system that provides interconnectivity between major US ports, service providers and the freight they move,” Seroka said.

The call came following months of unprecedented traffic at the Port and others on the West Coast, such as Long Beach and Oakland, which has led to allegations that carrier alliances have broken contracts at the expense of US exporters.

It was followed by confirmation in August 2021 that the Port will work the Federal Maritime Commission (FMC) and it will share its data-led insights to improve the US maritime industry and supply chain.

In March 2021 members of the US Congress signed a letter calling on the FMC to explore said allegations, with particular reference to the plight of US agricultural exporters. The issue transcended party politics, and the 111 members said that US producers and exporters had grappled with delays, bottlenecks and increasing fees at the country’s major ports.

“Should it be found that VOCCs [vessel-operating common carriers] are predatory or unreasonable in refusing to export these American agricultural products or imposing unreasonable fees, they must be held accountable by the Commission for the harm they are causing our producers,” according to the letter.

Since then, the FMC has launched an investigation into practices of the carrier alliances amid increasing delays at ports and pressures across the supply chain. In July 2021, FMC Chairman Daniel B. Maffei welcomed the action and also President Biden’s call for “fairer price competition” in the US maritime and logistics competition.

“In recent months, we have increased our scrutiny of the ocean carrier alliances to identify evidence of anti-competitive behaviour regarding rates and capacity,” Maffei said.

“We will continue to do so as the COVID-19 and import surge crisis continues. We welcome the assistance and cooperation from other agencies, including the Department of Justice.

“With regard to detention and demurrage charges, it remains a top priority of the agency to identify and take action against those who flout the Commission’s recent interpretive rule on reasonable regulations and practices.

He added that President Biden’s action reinforces these efforts and indicates his prioritization of a fair and reliable supply-chain.

Perhaps the single biggest story of 2021 so far has been the obstruction of the Suez Canal in March. Caused by the grounding of the 20,000 TEU Ever Given, the obstruction threatened the entire global supply chain and threatened to cause a fresh port congestion crisis, mirroring that seen on the US West Coast.

Approximately 12% of global trade passes through the Suez Canal – and according to Drewry Shipping Consultants, 5% of global sailings were cancelled as a result of the obstruction.

For some experts the obstruction emphasised how fragile the global supply chain is and demonstrated how important it is for governments to understand how damaging delays to transportation can be.

Obstruction of major container hubs and throughfares have been a theme of 2021.

Shortly after the Ever Given ran aground in the Suez Canal the Port of Yantian was partially closed due to a COVID-19 result.

In June 2021, data from supply chain specialists project44 said blanks sailings in the Shenzhen region had increased by 300% and warned of “significant chaos” across the global logistics chain.

Since then, the Port of Ningbo-Zhoushan has also suffered its own COVID-19 outbreak and subsequent closure of one of its terminals.

The ensuing chaos from the congestion has made ports and other maritime stakeholders more aware of how digital technologies can make operations more efficient and resilient to such unforeseen events.

In June 2021, TradeLens, the blockchain-based innovative solution launched by A.P. Moller-Maersk (Maersk) and IBM, announced it will connect China’s ports after signing a partnership with China Unicom Digital Tech, citing the COVID-19 pandemic as a key driver of the technology’s rapid implementation.

Speaking to PTI, Thomas Sproat, Senior Director Network Development at GTD Solution and TradeLens, said there has been “rapid uptake” of TradeLens’ Electronic Bill of Lading (e-B/L) since the beginning of the pandemic.

This has been caused by the increasing need for “touchless, digitised trade”, Sproat said, before noting that China has been host to “many strong use cases”.

Sproat described the agreement with China Unicom Digital Tech as an “important milestone” in TradeLens’ development as the country is a “very important market for its customers”.

It is another sign that the e-B/L is becoming more popular as supply chain stakeholders look to become more resilient amid major crises.

Jerry Guan, Senior Commercial Manager Network Development at GTD Solution and the TradeLens platform, said the Chinese market has built a “good awareness” of the technology’s potential and is increasingly “open for its adoption”.

According to Guan, the project to roll out TradeLens in China was launched following a stringent evaluation of the market to find a partner that could help it meet the country’s specific regulations around telecom licensing.