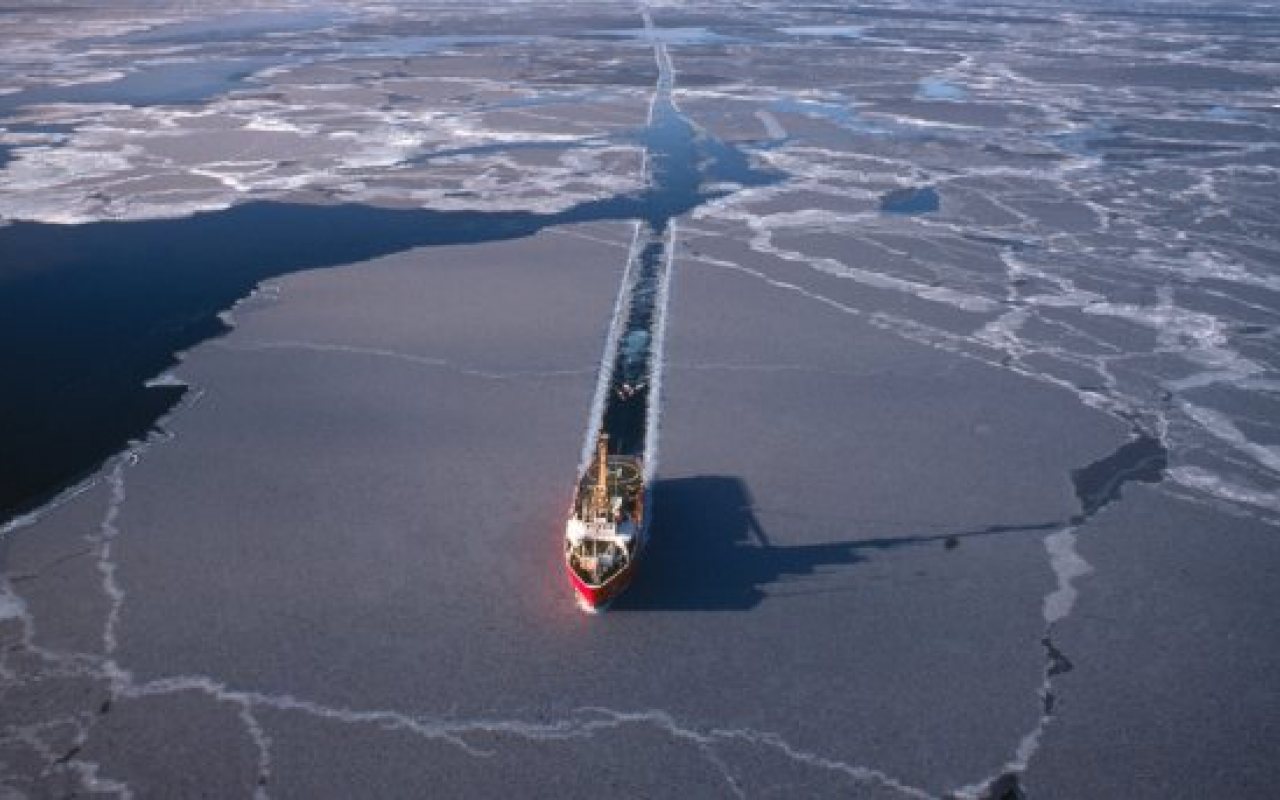 Hyundai Glovis, a South Korean shipping liner, has completed the country's first voyage to transport cargo between Asia and Europe by the Arctic Sea after arriving at Sapo Quay of Gwangyang Port in the South Jeolla Province of South Korea on October 21, 2017.

South Korea's  Ministry of Oceans and Fisheries held a ceremony at Gwangyang Port on October 22 to celebrate the 35-day journey that resulted in the vessel traveling 15,000 kilometres on the Northern Sea Route (NSR).

The ministry said the pilot operation will “serve as a lesson” for other shipping companies in setting up strategies in the Arctic area.

Hyundai Glovis’ journey was estimated to be 30 days if it traveled at an average of 12 knots per hour, but the operation was delayed due to the bad weather and the Russian ice breakers being on call at the ice-bound areas.

The ministry added that the NSR has “a strong potential to grow into a huge cargo transport market”, but said that it had faced difficulties due to a lack of icebreakers and in securing cargo.

Read 'Shipping on the Northern Sea Route', a technical paper on the NSR, which explains more about the term used by Russia to describe the sea area between Novaya Zemlya island in the west to the Bering Strait in the east and out to 200 nautical miles from shore

NSR operation is only possible for four to five months a year when the ice melts and is at its thinnest.

Despite these obstacles, the available period of operation at the Arctic Sea and the size of cargo volume is increasing and many countries are pushing ahead with the resource exploration in the Arctic area.

The South Korean government has announced that it is planning to strengthen cooperation with Russia and other countries around the Arctic area.

It also has plans to support the South Korean shipping companies so that they can successfully tap into the Northern Sea Route.

The 46 rounds of transportations through the NSR in 2016 were mainly led by the Scandinavian nations, such as Norway, Sweden and Finland.

In August 2017, China transported steel products on bulk vessel weighing in at 19,000 tons in a pilot operation through the NSR.

Ki-Jeong Jeon, Assistant Minister for the Ministry of Oceans and Fisheries, said: “We are seeing valuable accomplishments through this pilot operation.

“The Korean shipping company secured cargoes, had Korean experts and seamen boarded, and for the first time ever, operated through the North Pole Route, which was an area foreign shipping companies mainly operated in.

“Through this operation, the seamen and experts managed to learn and experience the operation procedures.”