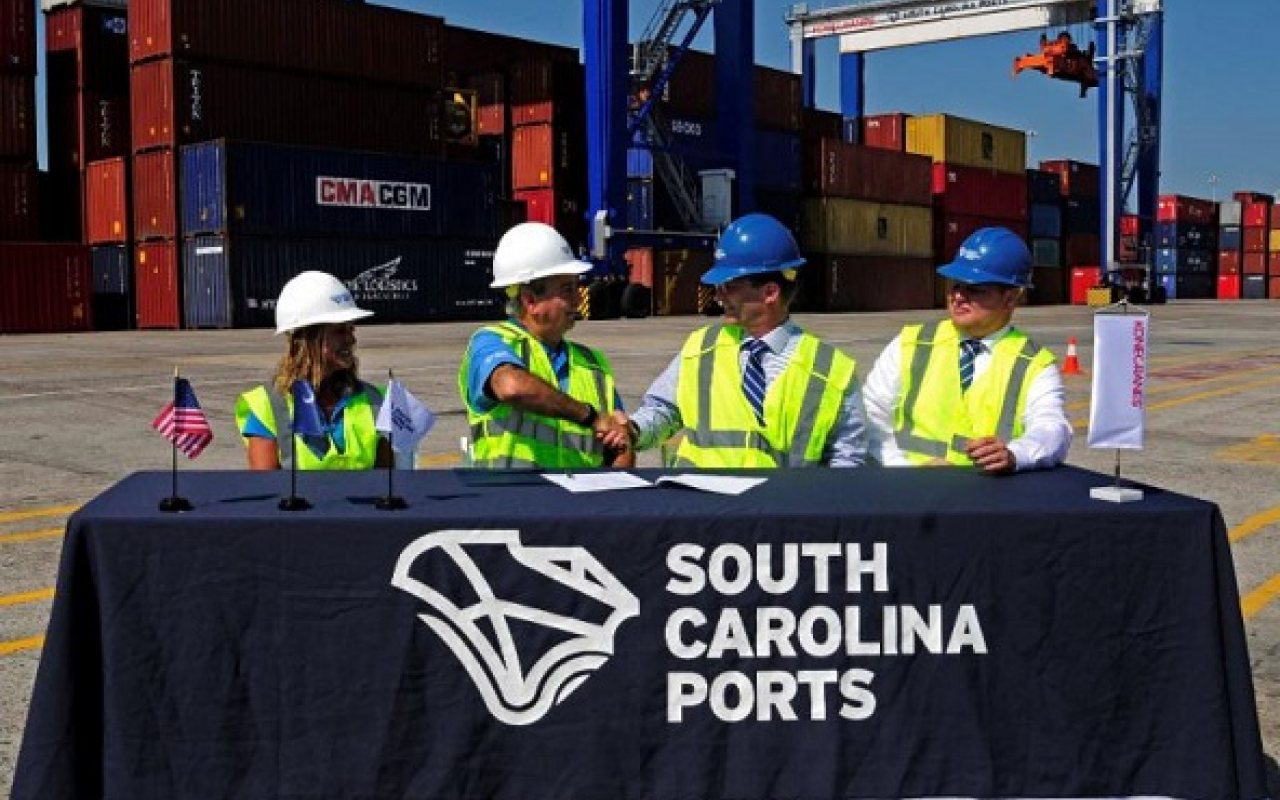 Based on the projected growth, the plan prepares the port for a pier container volume, or boxes handled, of 1.305 million during FY2019, a 5% increase from the 1.24 million pier containers SCPA expects to handle in FY2018, ending June 30.

The largest capital expenditure in FY2019 is the Hugh K. Leatherman Terminal, for which the Port will invest $117.1 million in construction, equipment, and the port’s share of the access road linking the terminal with I-26.

Other planned capital expenditures include $79.5 million in upgrades and modernization of the Wando Welch Terminal, $18.9 million at the North Charleston Terminal, and $19 million for the construction of the new SCPA headquarters, which will open at the end of the year.

The Port is planning for strong volumes at both inland rail facilities in FY2019, and recently made a $46.4 million purchase that marked the single-largest RTG crane contract in Konecranes’ history.

Picture of the OOCL Korea 13200 TEU container ship at the Wando Terminal finishing its work before sailing to Asia. SC Ports is building the required infrastructure to handle these and even larger ships which will be deployed to the USEC. pic.twitter.com/ZuIeT56bu8

The projection for Inland Port Greer includes a 13% increase in rail moves, or 136,200 lifts next fiscal year.

During the first full fiscal year of operations at Inland Port Dillon, the port expects the facility will handle approximately 40,000 rail moves.

Planned operating revenues of nearly $281 million for FY2019 reflect a 12.4% increase above the $249.9 million in projected revenues for the current fiscal year.

Bill Stern, SCPA Board Chair, said: “The financial plan for FY2019 reflects an exciting time for the Port, in financial and volume growth as well as continued progress of the key capital projects that position our port and state for long-term economic success.”

Jim Newsome, SCPA president and CEO, commented: “The capital expenditure plan approved by our Board today reflects the Port’s commitment to serving our customers with modern terminals and expanded capacity, projects that will be complemented by the deepening of our harbor to 52 feet.

“I’m confident that our investments and planned growth will support another year of milestone accomplishments for the Port and positive economic impacts for South Carolina.”