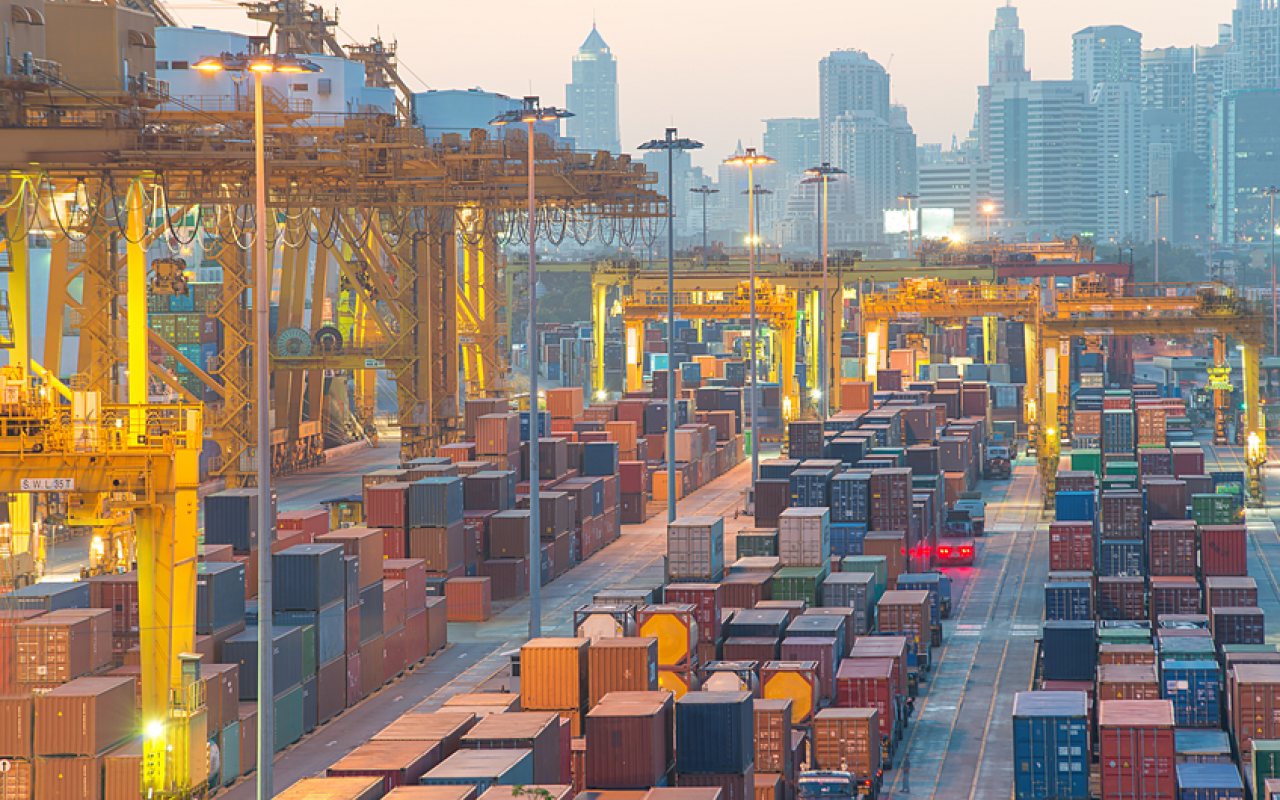 Amid generally weak demand around the world the South Asia region is the shining light for container growth, according to the latest Container Insight Report from Drewry Maritime Research.

Growth in container shipping is becoming a rare commodity; global port throughput only increased by 1% in 2015 (the second lowest on record behind 2009) and Q1, 2016 was even worse with only a 0.5% rise.

That the industry can point to any growth at all is largely down to strong volumes in the South Asia/Indian Subcontinent region, which saw box port traffic (including empties and transhipment) gain 5.3% in the first three months of 2016 – the highest attained by any region and 10 times the global average.

Port throughput in South Asia grew by 5.3% in 2015 to reach just under 22 million TEU, which puts the region on a par with the East Coast of North America.

Aside from the economic energy of the region – the IMF expects GDP growth for the four countries between 2015 and 2020 to be well above the world average with India topping them at around 8% – part of the reason for the upswing in South Asia container handling is greater incidence of transhipment.

Lagging port infrastructure in the region for many years meant that container lines preferred to base their hub and spoke networks in the Middle East and Southeast Asia, but the development of Colombo as a viable hub following the end of the civil war in 2009 has boosted the South Asia TEU count.

The Sri Lankan hub’s growth was tapered by the continuous upsizing of vessels with deeper draft requirements, but the opening of the Colombo International Container Terminal (CICT) at the new South Harbour in 2013 with 20-metre access channel, has kick-started further activity.

Aided by some very competitive transhipment tariffs, Colombo attracted another 144,000 TEU in Q1, 2016 compared to a year ago, equating to an upswing of 11.5%.

The port is now a key East-West hub with around three-quarters of all traffic transhipped to other countries in the region, and has benefited from the boom in garment exports from Bangladesh and from Sri Lanka itself.

The growth of the apparel industry will be key to the future gateway traffic and transhipment volumes for the South Asia region. Apparel exports from the regions grew by around 10% annually from 2005 to 2014 and Sri Lanka alone has set a sales target for the industry of $8 billion by 2020.

Furthermore, new port developments in the pipeline across South Asia will attract more direct services and lessen the need for feeder service to/from the Middle East or Southeast Asia, keeping more of the volume within the region.

For example, there are plans for a deep-water container terminal in Bangladesh, which is expected to be built around 2020. Because the balance of Bangladesh’s business favours trade with the Far East it is more naturally connected towards the Southeast Asia hubs, but they stand to lose some of that traffic when the new port opens.

The region is also set to gain transhipment alternatives to Colombo in the near future with new developments in India (Mundra at the forefront) and in Sri Lanka (Hambantota), which will make the region even more attractive to carriers.

The Drewry View: With dynamic economies and big investment in port infrastructure South Asia’s importance to the container market will continue to grow.