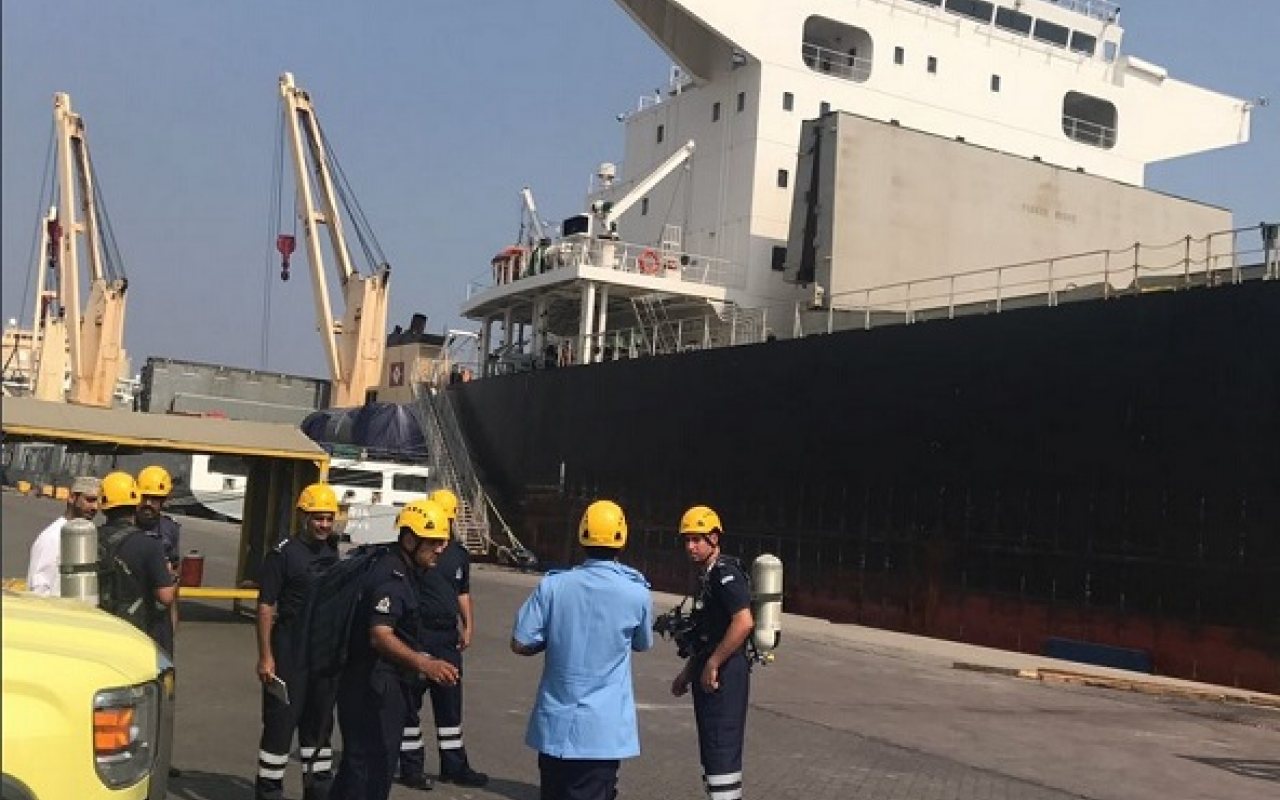 Three Asian nationals have died after suffocating due to inhaling chemicals used to preserve wood inside a ship at Sohar Port on Oman’s northern coast.

Oman’s Public Authority for Civil Defence and Ambulance (PACDA) confirmed that rescue teams had dealt with the bodies after receiving reports of people falling inside a wood storage compartment inside a ship at the port.

PACDA tweeted (below): “These people got trapped after they fell inside a storage compartment of a cargo ship, which was anchored at the port of Sohar.”

A report from The National identified the gas as being ethane, a by-product of an oil refinery, used in the petrochemical industries.

Witnesses accounts suggest that other people working at the port were also vulnerable to the gas leak as they were unable to leave their offices for several hours.

Ethane exposure can cause a headache, nausea, vomiting, dizziness and light-headedness.

Very high levels of Ethane can cause suffocation from lack of Oxygen.

It is also very flammable.

Learn about how to protect against the catastrophic maritime fires and explosions in the 'Safety Against Fire and Explosion' technical paper by Professor Mike Bradley, University of Greenwich

A SIPC worker, who did not want to be identified, told The National: “Questions can be raised [about] how the leak happened and where were the supervisors who were supposed to unload the stuff safely.

“Also, it appears the emergency response of SIPC was poor.”

According to Times of Oman, Sohar Industrial Port Company (SIPC) said in a statement: “The accident resulted in the death of three Asian nationals, who died due to suffocation after inhaling the chemicals used to preserve wood inside the ship.

“It is very sad to announce the unfortunate death of three workers due to an accident onboard a general cargo ship in the port on Saturday [September 30, 2017] evening at 9:30 pm.”

“This was an isolated incident and did not have any further safety or environmental impact on other people onboard the ship, in the port or in the surrounding communities.

“Our thoughts and prayers go out to the families of the deceased at this difficult time.

“SIPC is working closely with the concerned authorities to investigate the precise cause of the accident.

“SIPC reaffirms its commitment to upholding the highest standards of safety in all port operations.”

Read more: A score of dockers were recently injured after a container aboard a container ship calling at the Port of Long Beach leaked a noxious chemical