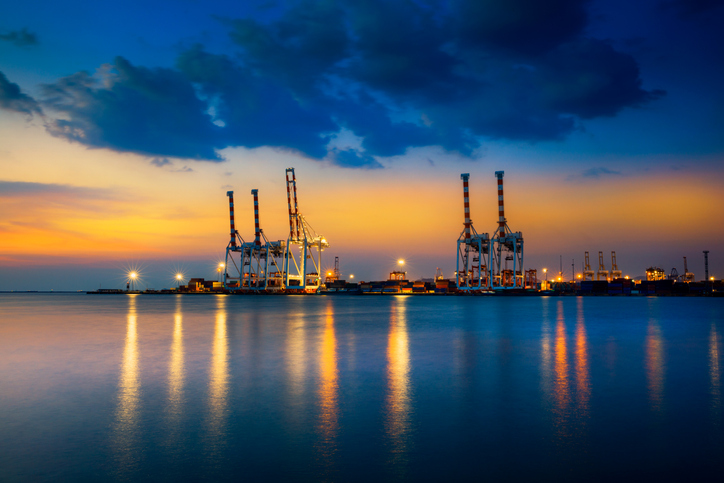 The port industry could enter a golden of technological innovation as it recovers from the COVID-19 pandemic.

That was the sentiment during the Smart Ports: Piers of the Future event in Barcelona during a session on innovative technologies and how they might change the way ports work.

This includes not only helping ports meet increasing demand and becoming more environmentally friendly, but also transforming the way ports and labourers work together.

Highlighting these points was Piet Opstaele, Innovation Enablement Manager, at the Port of Antwerp, during a discussion over what technological breakthroughs had been made in 2020. He quoted Venezuelan academic Carlota Perez, saying the crisis could push the world towards discovering new technological solutions and applied the idea to the port industry.

“You need a crisis moment to move capital and you will see in the coming years more investment in new technologies, and these will accelerate to more digital, green and global economy. I am very optimistic. It is clear that COVID has accelerated digitialsation and automation,” Opstaele said.

“We have seen this specifically in the breakbulk sector, which was hit quite hard by the crisis. The companies that were digitised the most were affected the least.”

An example of this in port operations, Opstaele said, was a solution created by one of Antwerp’s partners earlier in 2020 when the pandemic began to affect operations.

The solution calculated the distance between two people at a time, so that the Port could ensure its workers abided by social distance guidelines.

It was developed as an additional functionality to other health and safety solutions the Port had already implemented.

Additionally, Opstaele said that as companies which had high levels of digital expertise were affected less than those still relying on manual processes, ports that had digitised their operations were able to remain open and operational since the outbreak.

This was vital to maintain supply chain connectivity but also showed that ports were less sensitive to the crisis and most had done relatively well.

Opstaele’s outlook was shared by Karno Tenovuo, CEO, Awake.AI, who said there were more digitalisation projects, public and private sector, than ever before.

The pandemic has caused ports and supply chain stakeholders to look for new ways to meet demand and process goods while at the same time cutting emissions.

As digital investments increase to meet these challenges, there are still questions over the relationship between automation, smart technology and the existing labour force.

“These technologies are enablers, first and foremost they allow people to do their jobs more efficiently.

“Certainly, in the use cases that I have seen, they are not about competing with labour but rather making the processes more efficient and making the client experience better.”