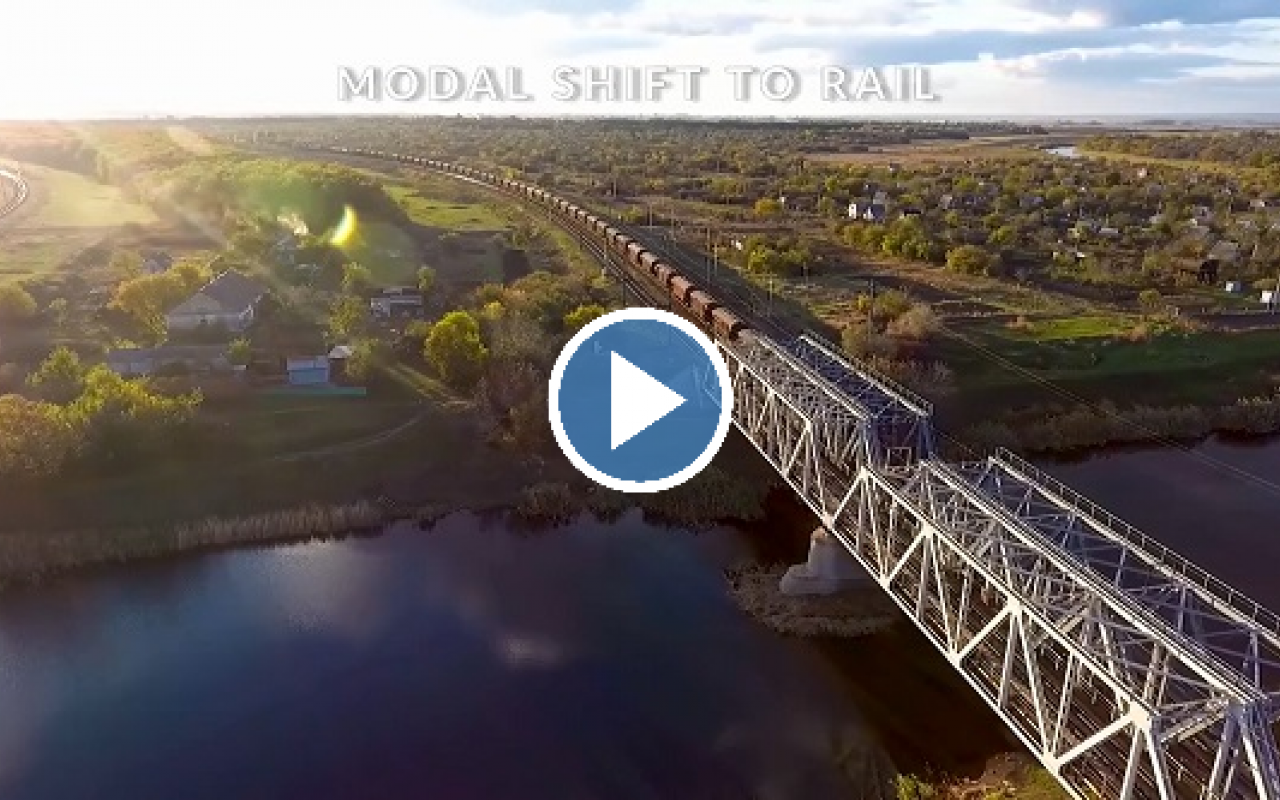 The port of Antwerp has released a video that shows how it is going to invest $US1.8 million over the next three years into seven projects aimed at making port-generated freight traffic smoother and more efficient.

It has selected seven projects (listed below) for financial support that will reduce the number of truck trips by up to 250,000 annually.

The Flemish government, in turn, is building on the Call for Proposals by the Port Authority, and in the next few months it will release a further $US1.8 million euros for projects to make transport in and around Antwerp more sustainable.

The seven projects that will receive financial support have been selected on the basis of a Call for Proposals issued by the Port Authority at the start of this year.

Projects were assessed based on various criteria, including whether they offered a reliable and price-competitive alternative to existing, less sustainable solutions, and whether also they were based on a profitable business plan.

The seven projects that were ultimately selected can each count on maximum support of 200,000 euros spread over a period of three years.

The seven projects selected are as follows (in no particular order):

The terminal operator DP World aims to make improvements to existing rail products and to attract new rail services, such as a new service to Stuttgart that will offer a sustainable transport alternative for the German car industry. DP World has set itself the target of raising the proportion of rail transport in its operations to 10% by the year 2020. The project will reduce the number of car transporter trips by 50,000 annually.

The multimodal logistics service provider Delcatrans is developing a reefer platform for barge transport at its River Terminal in Wielsbeke. West Flanders is an important European hub for the deepfreeze industry, including among others deep-frozen vegetables and potato products from Flanders that are sent via Antwerp to destinations all over the world. By using barges for transport to and from Antwerp the project will help to avoid as many as 5,400 truck trips annually.

Hakka NV operates a digital platform for the truck industry. The company has submitted a proposal that uses its platform for an application that finds return loads for trucks, thus avoiding empty trips and making truck transport more efficient. Over the space of a year it will save 120,000 truck trips.

The Dutch company Port-Liner specialises in building “zero emission” barges. The company submitted a project under which it will build five hybrid barges that will ply between De Kempen intermodal terminal in South Netherland and Antwerp. Thanks to these hybrid barges there will be 23,000 fewer trucks on the roads annually.

Danser, one of the largest intermodal operators in Europe, has submitted not one but two innovative barge concepts. It aims to save 26,000 truck trips per year by setting up a hub-and-spoke concept along the Brussels-Scheldt canal, and by introducing a corridor system between northern France and Antwerp.

Note: the hub & spoke concept is derived from the air transport industry, referring to a transport and distribution system in which goods are gathered at a hub from where they are sent to their final destinations via the spokes.

Euroports Inland Terminals, a member of the Euroports Group, is to introduce a new rail connection between Liège (Ile Mosin) and the port of Antwerp. By offering a direct rail connection twice per week as of January 2018, the region around Liège which is already very well served by barge will become more accessible also for customers who are in search of rail products. Over the space of a year this will lead to 16,200 fewer truck trips.

Slovak Shipping and Ports is a container terminal operator from Bratislava in Slovakia.

In the second half of 2018, the company will start operating combined trains with a mixture of intermodal and conventional wagons that will travel two times per week between the terminal in Bratislava and the port of Antwerp.

The frequency will later be raised to four per week. By connecting the port of Antwerp more efficiently by rail with the eastern European hinterland, this project will save 6,000 truck trips on average per year.