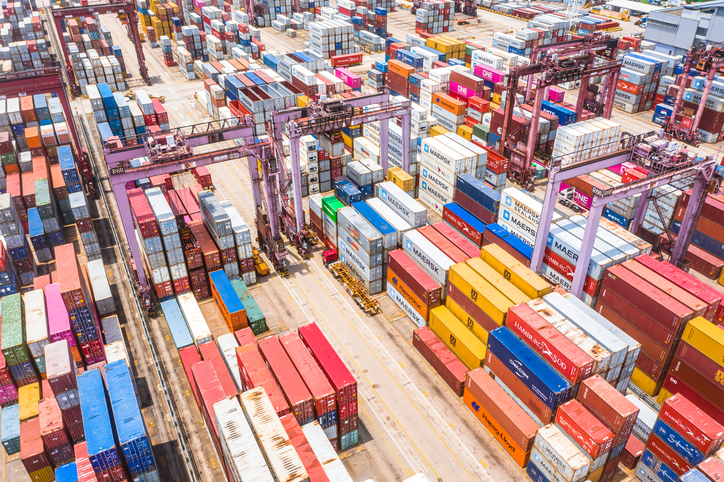 Ports that aspire to digitalise and cut carbon emissions should start by upgrading small and specific areas of their operations instead of looking to transform everything all at once.

Port digitalisation has become one of the leading buzz phrases in the maritime sector and there is an increasing understanding of how smart technologies can not only make a port work more efficiently but also sustainably.

“We have seen so far that the successful ones are those that start small, find a particular process in their port and go digital with it,” Mikkelsen said and expanded by saying hubs need “buy in” from all stakeholders, including workers.

“First, bring small areas to a digital format. If you don’t, you will end up with a huge project that will never succeed. Start small but also be aware that the technology you pick must be sustainable and that you can integrate it into all your systems.”

Mikkelsen explained that emissions can be cut and efficiencies found in all areas of a port by using digitalisation and upgrading physical infrastructure and helping carriers reduce pollutants during vessel calls.

This emphasis on upgrading specific areas was shared by Nils Kemme, Partner, Hamburg Port Consulting (HPC), who described digitalisation as “not an end” but a means to improve efficiencies at ports.

He said the data needed to digitsalise has been available for many years, but the big difference is the accessibility of technologies such as machine learning (ML) and artificial intelligence (AI). These technologies, Kemme claimed, allows ports to “leverage data and use it for making decisions, such as which areas should be dredged”.

Digitalisation, according to Kemme, can help make the supply chain more sustainable by reducing common pain points through a Port Community System (PCS).

He pointed to the example of HVCC, a PCS launched jointly by terminal operators HHLA and Eurogate which has been able to cut emissions from vessels in the river Elbe near the Port of Hamburg and save as much as $30 million in fuel costs.

Moderating the session, Rich Ceci, Senior Vice President of Projects and Technology, Virginia International Terminals, said there were many challenges when launching digitalisation initiatives. However, there are also many possible gains and the sustainability possibilities were “present in virtually all areas of operation”.

A lack of data visibility and a reluctance to share data are the biggest hurdles in the way of port digitlisation, according to Kemme, and ports should use single window solutions as a PCS to exchange information.

Patrick Everts, General Manager, Maritime Excellence Centre, Kotug, echoed these thoughts by saying “if you connect all the different players then you can optimise the supply chain”.

Everts said using ML and AI to analyse historical data makes it possible to predict the next job for various assets, such as container handling equipment and mooring technology. This, Everts claimed, could be a stepping stone towards autonomous sailing of cargo vessels and allow ports to improve management of assets.

“We are the very beginning of the era of decarbonisation of port operations,” Everts said and continued by claiming that by using digitalisation ports can substantially improve efficiencies.