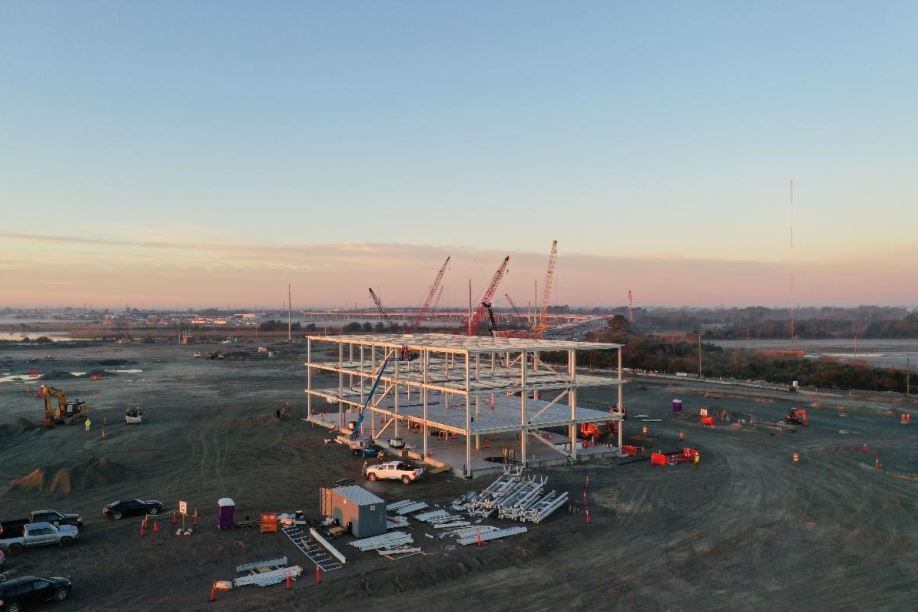 South Carolina Ports (SC Ports) has announced that the construction of the Port of Charleston’s new container facility, the Hugh K. Leatherman Sr Terminal, remains on track following the structural completion of the new operations building.

In a statement, SC Ports said the milestone meant the terminal is on schedule to be ready by March 2021.

With its new terminal Charleston will be able to handle container vessels with a 19,000 TEU capacity and continue to be the engine for regional trade growth that it has been in recent years.

Does the Port of Charleston make our list of the top five ports in the US? Find out here.

It will be built in phases over the next decade but once finished it will have three berths capable of handling of 2.4 million TEU. It will also have electric and hybrid equipment that will ensure operations increase while emissions are cut.

Phase One will house the tallest ship-to-shore (STS) cranes at the port with 169-foot lift height, as erll as 25 new hybrid rubber-tired gantry (RTG) cranes, which will all arrive in 2020.

SC Ports has doubled the TEU capacity of the port in the last 10 years and the new terminal accounts for an investment of approximately $1 billion.

The event was recognised with a ‘topping out’ ceremony watch by more than 300 people, including contractors, port employees, elected leaders and community members.

Among the crowd was Senator Hugh K. Leatherman Sr, after whom the terminal will be named.

“S.C. Ports has seen tremendous growth over the past decade as bigger cargo ships continually call on the Port of Charleston,” Leatherman said.

“The Port has long been the economic engine of South Carolina, and with the new terminal, this will only increase,” Leatherman said.

“The container terminal will expand operations and support high-paying jobs for our citizens.

“It gives me great pride to see the construction progress, and I look forward to the positive impact its completion will have on our state for generations to come.”

SC Ports Authority president and CEO Jim Newsome also commented: “In a little more than a year, ships will call on the country’s newest container terminal.

“The opening of the Hugh K. Leatherman Sr. Terminal in March 2021 will greatly enhance our cargo capacity and big-ship capability.

“Our strategic investments and years of hard work are coming to fruition at just the right time as more ships call on the East Coast. This new terminal propels S.C. Ports into the future.”