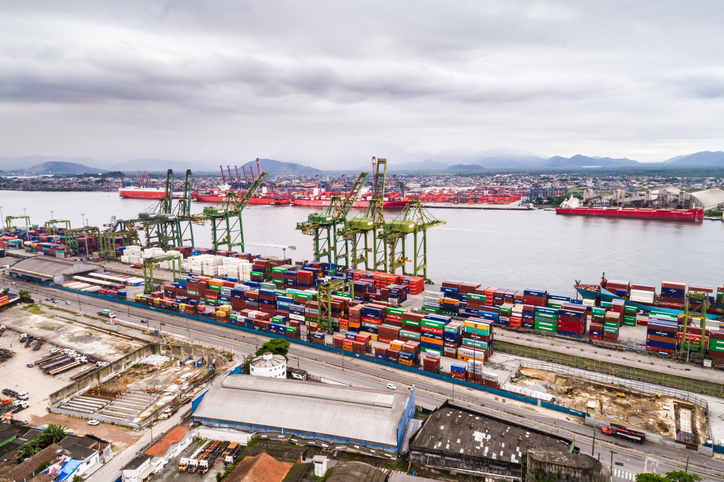 Santos Brasil has recorded historical growth in container movements for the second quarter of 2021, moving 337,183 TEU.

Net revenue was R$379.5 million ($72.55 million), an increase of 68.8% compared to the year prior – and driven by growth in volume and the increase in the average ticket at container terminal Tecon Santos.

The company’s performance benefited from the high flow of containers in Brazilian ports, especially in the Port of Santos, whose recovery had already intensified in the last quarter of 2020, in export and import volumes, due to the recovery of the global trade spurred by the advancement of COVID-19 vaccination.

Daniel Pedreira Dorea, Santos Brasil’s Chief Financial and Investor Relations Officer, commented, “Our growth is sustainable and is based on three main factors: growth of the volumes operated – and, in the case of Tecon Santos, with market share gain; more balanced load mix, with a significant increase in import flow combined with export resilience; in addition to the recomposition of the prices charged according to the repricing of various contracts.

“And, it is worth noting, all these variables align at the same time that we keep costs under control, without also losing focus on investments that will ensure the future growth of the company.”

Santos Brasil’s growth in containers is mirrored across much of mainland Brazil as the nation continues its process to privatise much of its ports and maritime sector.