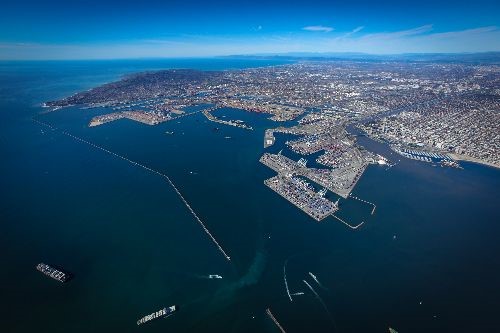 In an effort to help alleviate some of the pressure facing the Ports of Los Angeles and Long Beach amid the current congestion crisis, the ports are introducing a surcharge to ocean carriers for import containers that dwell on marine terminals.

Under this new policy, the ports will charge ocean carriers for each container that falls into one of two categories.

Starting from 1 November 2021, ocean carriers with cargo in either of those two categories will be charged $100 per container, increasing in $100 increments per container per day.

“We must expedite the movement of cargo through the ports to work down the number of ships at anchor,” said Gene Seroka, Executive Director at the Port of Los Angeles. “Approximately 40% of the containers on our terminals today fall into the two categories. If we can clear this idling cargo, we’ll have much more space on our terminals to accept empties, handle exports, and improve fluidity for the wide range of cargo owners who utilise our ports.”

Mario Cordero, Executive Director at the Port of Long Beach, added “With the escalating backlog of ships off the coast, we must take immediate action to prompt the rapid removal of containers from our marine terminals. The terminals are running out of space, and this will make room for the containers sitting on those ships at anchor.”

Fees collected from the ocean carriers are set to be re-invested by the two ports for programs designed to enhance efficiency, accelerate cargo velocity, and address congestion impacts throughout the San Pedro Bay area.

The policy was developed in coordination with the Biden-Harris Supply Chain Disruptions Task Force, Department of Transportation, and multiple supply chain stakeholders.

The latest update on the ongoing congestion crisis in southern California shows 79 container vessels waiting in the water outside the Ports of Los Angeles and Long Beach on 25 October 2021.

Fenix Marine Services’ Terminal at the Port of Los Angeles has also reported that in the past week 45-55% of import appointment slots were going unused, therefore either not booked at all, or booked but then not used.

This has led to Shipping Analyst Lars Jensen criticising the move to 24/7 operations, as he argued, “In this context, it is difficult to see how increased gate hours would in a meaningful way be able to help alleviate the problems.”