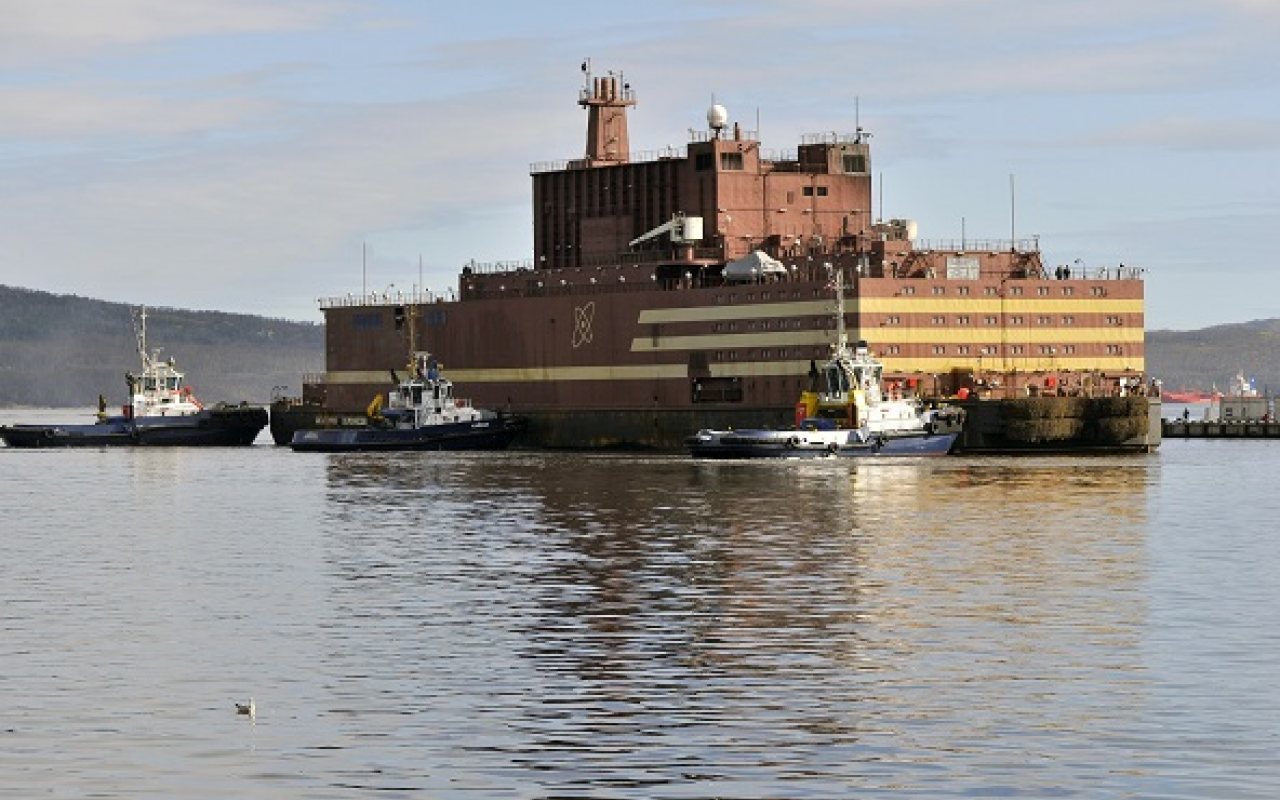 The world’s first floating nuclear power plant has been successful towed to Murmansk from St. Petersburg, where it will be loaded with nuclear fuel.

The “Akademik Lomonosov”, an Optimized Floating Power Unit (OFPUs), left the port of St. Petersburg on April 28, 2018 after nine years of construction.

The 144-metre long vessel, weighing 21,000 tonnes, was towed to Murmansk on a 4000km route crossing four seas; the Baltic, Northern, Norwegian, and Barents, at an average speed of 4.5 knots.

Rosatom Director General Alexey Likhachev commented: “We have successfully towed the power unit, not yet loaded with nuclear fuel, to Murmansk and are going to fully launch here this unique project, which was only made possible thanks to the cooperation of many companies.

“Akademic Lomonosov is an unparalleled piece of engineering by Russian scientists.

“It is a first-of-a-kind, reference project for mobile medium capacity range nuclear power units, a product we expect to be in growing demand in the coming years.

“For instance, we see great interest from all island nations where it is difficult, for various reasons, to set up a developed centralised power transmission infrastructure.”

The “Akademik Lomonosov” will now be loaded with nuclear fuel and then towed to its final destination at the seaport of Pevek — where construction to welcome and utilize the OFPU on the pier are being finalized.

The OFPU is equipped with two KLT-40C reactor systems which are capable of producing 35 MW of electricity each — which will be used to provide power to Chukota’s port, coal mines and population of 5000 — and is expected to have a lifecycle of 40 years, with the possibility of being extended up to 50 years.

Once it has been decommissioned the OFPU will be towed to a special deconstruction and recycling facility, where the spent nuclear fuel will be extracted and taken to special storage facilities in mainland Russia.

Environmental agencies and activists have criticized the initiative, with Greenpeace dubbing the vessel “Chernobyl on Ice”.

Nuclear expert with Greenpeace Central and Eastern Europe, Jan Haverkamp, said: “The barge will be fuelled and tested near a city of 300,000 people, then towed with two reactors full of irradiated fuel along the Northern Sea Route.

“Its installation in the harsh environment of the Russian Arctic will pose a constant threat to people of the North and the pristine Arctic nature.”

However, others cite the enormous opportunity for the project to provide clean, efficient energy to hard to reach areas.

“There is literally no prospect of that energy coming from renewable sources in that location.”