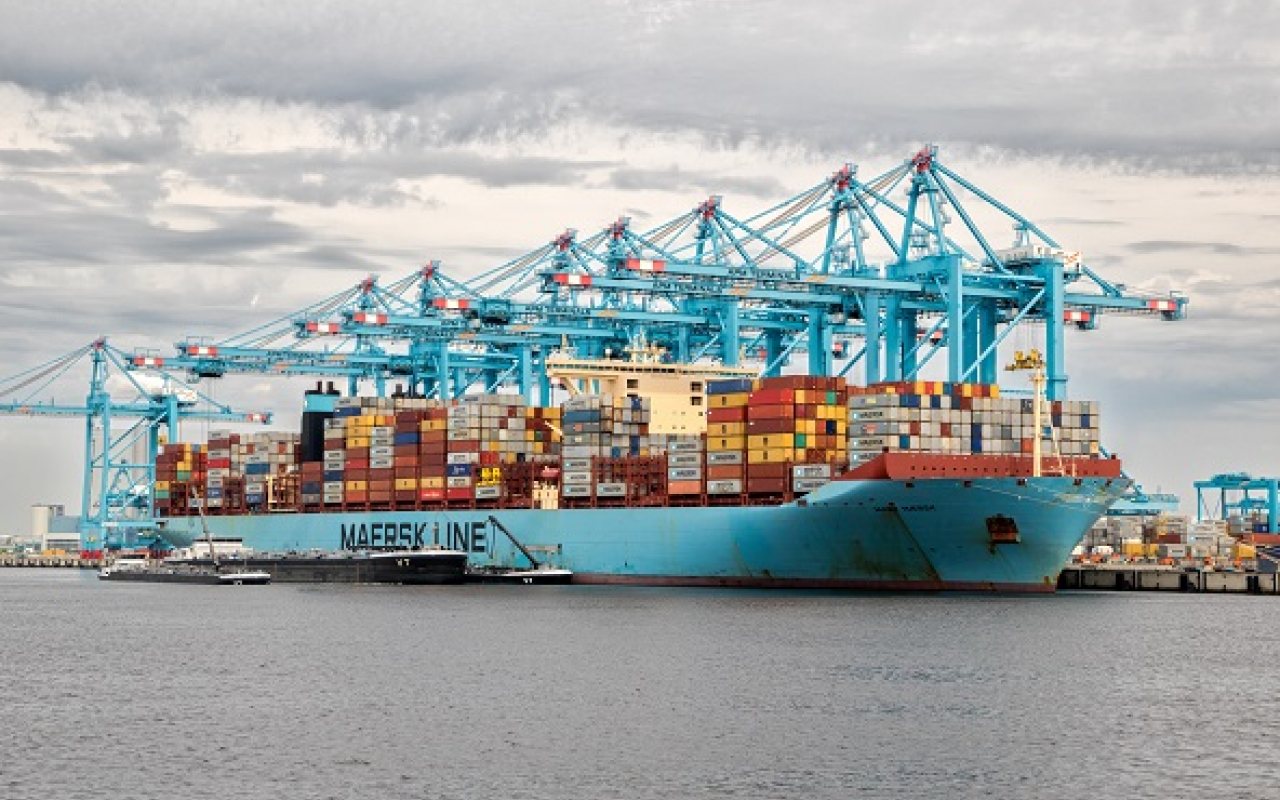 The Port of Rotterdam has revealed that a pilot scheme of its online communication platform PortXchange Synchronizer has “significantly” reduced the number vessels experiencing delays during bunkering activities.

By providing real-time visibility of all parties’ scheduling, PortXchange Synchronizer helps to prevent bottlenecks and enables the optimization of port calls at the Port of Rotterdam.

Before the launch of the platform, 19% of large Maersk vessels experienced delays at Maasvlakte II (MVII) – a container terminal in Rotterdam operated by APM Terminals – as a result of bunkering not taking place at the agreed time.

Marcel Jumelet, Marine Business Process Owner at Maersk, said: “Rotterdam is an important port as it’s often the first or last port of call for Europe.

“However, our vessels have a tight sailing schedule: there’s hardly any buffer between the ports they call into. If a Triple E vessel (18,000 TEU) is delayed for a few hours in the Port of Rotterdam, this can result in delays of over a week later on in the schedule.

Ad van Strien, Planning Manager at APM Terminals MVII, also commented: “If a vessel remains berthed for longer than envisaged, we have an idle capacity situation: this means we can no longer optimise our crane capacity. Don’t forget that the biggest container ships take up around half our quays.”

Joyce Bliek, Port of Rotterdam, discusses the importance of digitization in the first instalment of a video series with Port Technology

Bunkering is a complex process which needs to be planned and ordered “days in advance”, according to Michiel Zeevaart, Operations Manager for Inchcape Shipping Services (ISS).

Zeevaart added: “As well as bunkering, countless other activities take place in handling container ships in a global port such as Rotterdam, including registering waste and stocking vessels.

“Our planners rely on up-to-date information on terminal times and nautical service provider delivery times. This generally runs smoothly on the terminal side, but on the supplier side, many improvements could be made.”

In order to make regularly updated information visible for all parties involved in a port call, Rotterdam developed the optimization tool PortXchange Synchronizer.

In order to test the platform’s potential for reducing delays, the port authority, APM Terminals and Maersk, along with ISS, jointly conducted a pilot project in 2018 that focused on the bunkering activities of Maersk ships arriving at MVII.

While the goal of the project was to decrease the amount of Maersk vessels experiencing delays from 19% to 10%, Synchronizer “exceeded expectations” by enabling Rotterdam to completely eliminate any delays.

Eddo Idzinga, Port Captain Rotterdam at Maersk, spoke about the pilot’s success: “As a shipping company, we used to have no insight into bunker schedules. But we do now, thanks to XC.

“This enables us to help devise solutions if we see that a bunker delay looks likely. For instance, in some cases it can be an option to continue sailing to the next port and bunker there.”

Following the advantages offered during Synchronizer’s trial phase, further pilots are currently being organised by the Port of Rotterdam.

Dita Bruijn, Port Call Optimisation Project Manager at the Port Authority, said: “We’re running pilots with Synchronizer both in container shipping and in wet and dry bulk and we recognise that each process presents other challenges within the Port of Rotterdam.

“Synchronizer was developed with input from many parties in the port, which means that it offers opportunities to optimise port calls from start to finish and for all cargo types.”