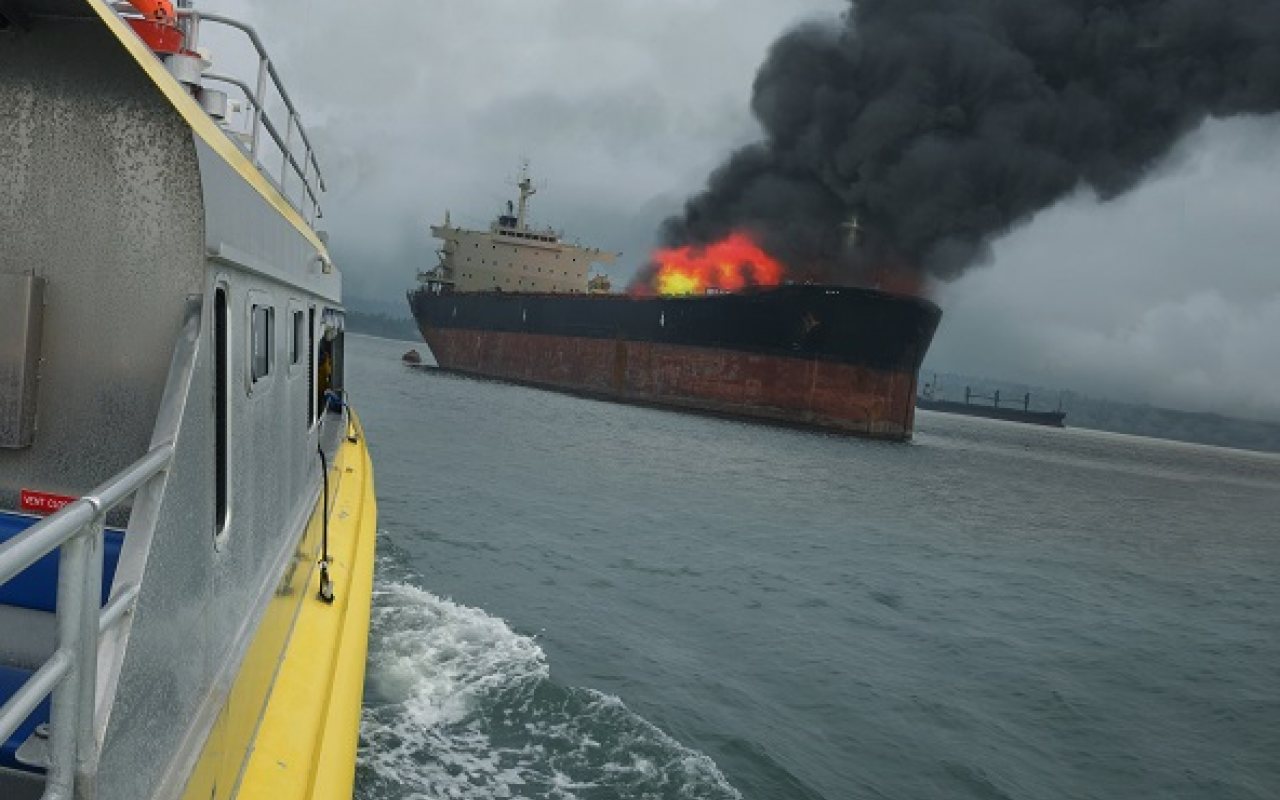 TT Club, a leading provider of insurance services for the maritime sector, has emphasized the need for a focus on dangerous goods as a way of achieving greater container safety.

Citing incidents involving the Yantian Express, a Hapag-Lloyd vessel which caught fire on its way to the Port of Colombo, and the recent blaze aboard ‘Grande America’ in the Bay of Biscay, TT Club has highlighted a surge in the number of container fires affecting cargo ships.

According to the risk assessment specialists, these incidents frequently cause fatalities, incur massive ship damage and cost businesses in the shipping sector millions of dollars in cargo losses.

In addition to this, cargo fires also create major disruption for numerous industries involved in maritime supply chain, making the movement of goods around the world less efficient.

It is estimated that major fires aboard container ships occur every 60 days, yet 2019 has already witnessed four of these incidents in less than three months.

TT Club has also revealed that in 66% of incidents, cargo damage is due to poor practice in the overall packing process, including cargo identification, declaration, documentation and data transfer.

As a result of these failures, the Marine Aviation & Transport (MAT) insurance sector are forced to pay out more than US$500 million for claims each year.

Peregrine Storrs-Fox, TT Club’s Risk Management Director, commented on the problem: “We are endeavouring to focus all direct and indirect stakeholders on recognising and doing the right thing.

“One particularly critical aspect of this is the correct declaration and handling of dangerous goods.”

While different types of cargo are often mishandled, the incorrect processing of dangerous goods, which represent 10% of all that is moved annually via sea routes, presents the greatest risk of disaster for shipping companies.

Steve Saxon and Matt Stone, McKinsey, and Peregrine Storrs-Fox, TT Club, look ahead to the future of container transport in a recent Port Technology Q&A

If 20% of these containers are not handled correctly, in line with average estimates formed during government inspections, as many as 1.3 million unstable containers carrying dangerous goods are travelling aboard trade vessels each year.

Storrs-Fox, offering a more modest estimate, said: “Results from Cargo Patrol, when extrapolated to the carryings of all the lines, concludes a reasonable estimate in excess of 150,000 volatile containers in the supply chain each year.”

TT Club has stated that container lines are taking steps to deal with the issue, introducing such solutions as the Cargo Incident Notification System (CINS) to identify commodities that could cause problems during transport.

The cause of most container ship fires can't be determined because the evidence has been incinerated, but carriers and underwriters know where to point the finger: dangerous goods, often misdeclared. Good to see the focus where it needs to be @pmstorrsfox: https://t.co/59tS8MEYh9

The insurance company is also taking steps of its own, working with UK P&I Club and Exis Technologies to design the Hazcheck Restrictions Portal, a digital platform which streamlines the process of handling and transporting dangerous goods.

Storrs-Fox added: “Our diverse campaign is seeking significant cultural and behavioural change to say the least.  Certain elements may require legislative action, enforcement and inspection and there are great challenges in the field of technological development.

“Above all there is a need for all involved in the supply chain to have a realistic perception of risk and a responsible attitude towards liability.”