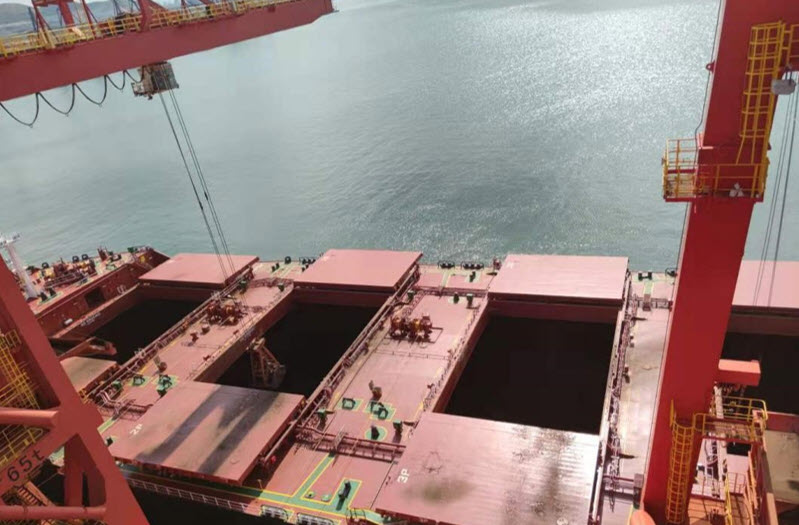 Quanergy Systems has installed its M-Series LiDAR solution at the Shandong Port Group, China, with the goal of increasing port efficiency and safety.

The deployment of the technology in the first quarter of 2021 was carried out in partnership with  Shanghai Rays Information Technology.

The solution provides real-time analysis of the ship, cabin, and stockpile shape to enable automatic unloading of solid materials and ensure safe operation.

Speaking to PTI, Tony Rigoni, Director of Industrial Market Development and Alliances at Quanergy, said the goal is to “bring light to every use case application for LiDAR”.

The company began in 2012 and has already worked in the security and smart city space.

He said there are two major elements that are reigniting interest in LiDAR.

“One, the performance has gotten a lot better: we are twice the range and ten times more accurate. The performance levels have jumped up tremendously.

“Also, it has gone from in the past where it was 2D, a single beam laser, to now we are doing 3D LiDAR. That’s another huge performance jump,” Rigoni said.

With this increased performance you can do a profile and classification of a container, for example, from a range of up to 200m with a single LiDAR.

Rigoni said that ports have been using LiDAR in the past but only for a couple of use cases.

He said there are now two main benefits ports are seeing with the use of LiDAR, one being operational and the second is safety.

Huang Lei, Chief Lead of the Fixed Operation Machine Operators of Qingdao terminal, Shandong Port Group, told PTI, “Using LiDAR makes it much easier to accurately measure and locate the operation target including materials on the ground and in the ship cabin. With the accurate info gathered by the LiDAR sensor, the automation system can decide the next best actions for operation.”

It is not just within its bulk operations that Shandong sees the potential for LiDAR.

“We plan to use LiDAR for container terminal operations for container positioning and collision avoidance with port machines like quayside container cranes, AGV, RMQC, and more,” Huang said.

LiDAR can play a vital role in automation and is the core sensor technology of Shandong’s automation system.

“It’s like the eye of automation devices and systems.  It plays a key role in the operation of target positioning and perception. LiDAR sensor technology is critical to get the accurate level needed for the port machines’ self-positioning and operation safety and efficiency,” Huang said.

Shandong is not the first port Quanergy has worked with. It has also implemented its LiDAR technology at a port in South Korea for perimeter detection, preventing unauthorised people from entering the port facility.