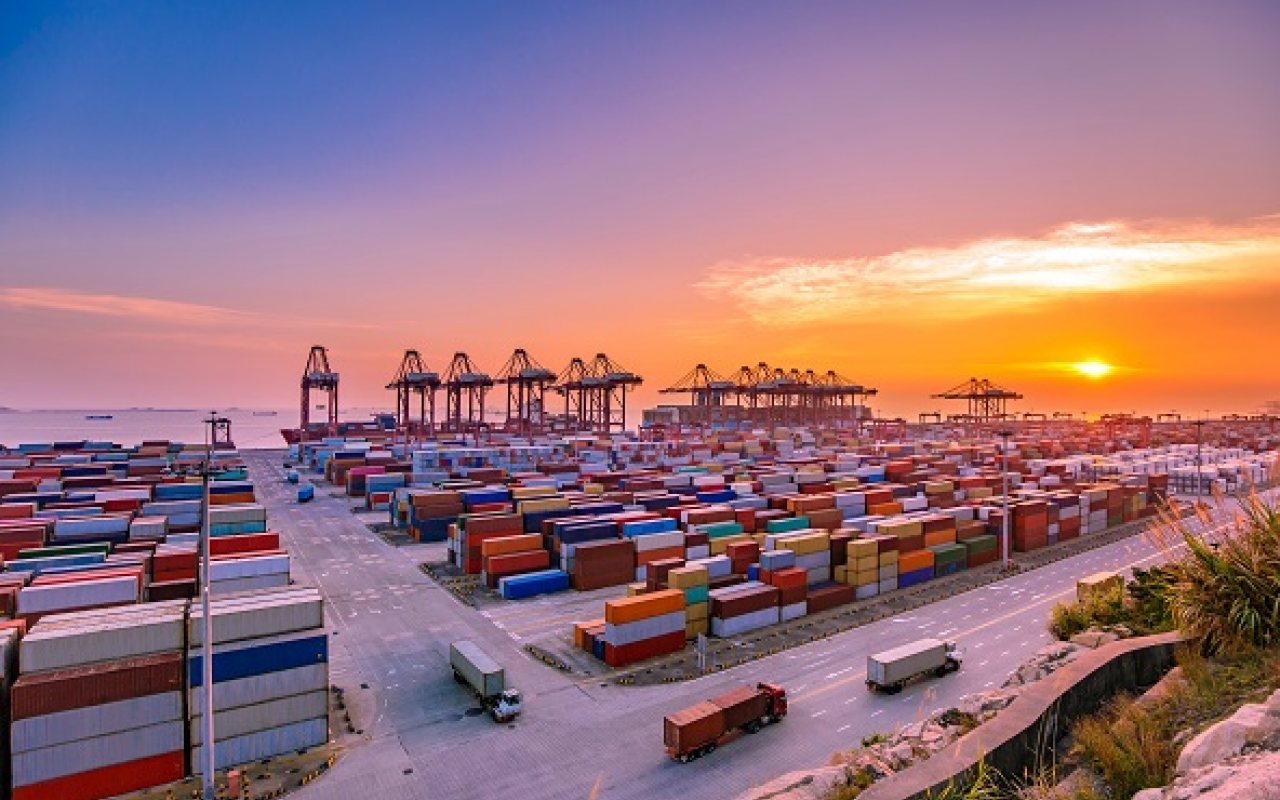 The world's shipping lanes, upon which the global economy depends, are getting busier every year, driven by rapid increases in e-commerce and the opening up of new markets. Consequently, ports and terminals are being constantly being made to handle greater numbers of goods as ships get bigger.

This has led to bottlenecks, a problem exacerbated by 24% of containers on the shipping lanes being empty and which must be faced by innovative and efficient solutions.

In an exclusive Q&A with PTI, Selwyn Rowley, Director of Sales and Marketing at BLOK Container Systems, talks about the challenges the industry is facing and how its technology can ease the pressure and help accelerate growth.

BLOK: The next two years look very exciting for us. We have spent two years developing and refining the products and system. We are now working with customers to implement projects around the world. We will also continue to promote the concept of multiple container handling which offers the industry a means to increase capacity and speed of operation and realize essential environmental targets.

Thank you to everyone who engaged with #BLOKContainerSystems at #TOCEurope it was a great show for us and we look forward to following up soon. pic.twitter.com/b3sJzyPgCR

PTI: BLOK Container Systems recently unveiled the innovative BLOK Spreader. What is it and how can ports and terminals benefit?

BLOK: The BLOK Spreader is a completely new, autonomous, battery powered, spreader adaptor that can be picked up by a single spreader in a matter of seconds and provides the ability to move four empty containers at a time. The adaptor is controlled by the crane driver using a familiar screen Wi-Fi interface and the adaptor’s own camera system. The BLOK Spreader Adaptor enables the move rate to be increased from an average of 30 empty containers an hour to around 120 containers an hour.

PTI: By how much can the BLOK Spreader cut congestion in ports and terminals?

BLOK: Congestion in ports is a huge problem that has been exacerbated by the use of bigger vessels. Multiple handling is a way to load and unload these vessels more quickly to improve turnaround times.

The BLOK Spreader alone enables the empties on the ship to be loaded or unloaded four times faster. Other elements of the BLOK System help these savings to be sustained throughout the rest of the quay operation namely BLOK Rigs to speed up the removal of twistlocks and BLOK Trailers to move 8 teu in one load.

The system is also compatible with quayside straddle carrier operations as the spreader presents containers in the perfect way for fast movement. With the right organisation of quayside processes we can play a major role in in speeding up processes and reducing congestion.

PTI: Is the BLOK Spreader compatible with existing port infrastructure?

BLOK: Compatibility is one of our major strengths. Because we are initially focussed on handling empty containers, existing STS cranes of 40 tonne capacity are quite capable of using our BLOK Spreader Adaptor. The BLOK Container System works well for trailer or straddle carrier operations and with existing container handling equipment such as RMGs, RTGs and Reach Stackers.

PTI: How does the BLOK Spreader and your other cutting-edge products contribute to the industry’s drive to reduce CO2 emission by 50% by 2050?

BLOK: The need to reduce emissions is one of the main drivers in our industry today. BLOK System equipment is all either mechanical or electric battery powered and the concept of ‘multiple handling’’ naturally reduces the volume of equipment on the quayside while also speeding up operations.

Potentially the biggest gain is for shipping lines  to use the time saved in port for slow sailing. If for example, quicker turnaround in port can save 10 per cent in journey duration this time applied for slow sailing could reduce fuel and emissions by as much as 30 per cent.

PTI: Is there a region in the world where you have seen particularly strong interest in the BLOK Spreader? Is there anywhere in which you hope to grow?

The BLOK Spreader is particularly applicable to ports which experience an imbalance or trade which produces significant volumes of empty containers. Initial interest has come from Europe, Scandinavia, Africa and North America but there is also in huge potential in China and South East Asia and the scope of this system is global.

What about BLOK’s other products, such as the BLOK Rig, BLOK Trailer and BLOCK Cert system – how are you planning to develop and improve these in the coming years?

The BLOK Rig is an exciting product which has huge potential. Devised as part of the BLOK System it facilitates quicker and safer fitting and removal of twist locks which is currently in most cases a hazardous manual process. Incredibly versatile, the BLOK Rig can be used as a twistlocking device for empty or laden containers.

The BLOK Rig is also a tool for BLOK Cert testing, a patent applied for system that certifies that pair of empty containers along with their four twistlocks can be safely lifted in VTL (Vertical Tandem Lift – one above another).

BLOK Trailers are an important part of the system as they provide an easy way for the terminal to keep pace with the faster volume of container moves.

A BLOK of four 40 ft containers (8 teu) can be moved quickly across the terminal using one vehicle to keep pace with the spreader.

PTI: Approximately 24% of containers being shipped around the world are empty, with ships getting bigger and carrying more cargo, do you think that number will increase or decrease in the coming years?

BLOK: The container trade is generally a reflection of economic growth and looks set to grow for the foreseeable future. Given continuing trade imbalances the number of empty containers handled will also increase but will probably remain at similar proportions to laden. We also believe that multiple handling of containers will grow and make a big impact on the way ports operate.