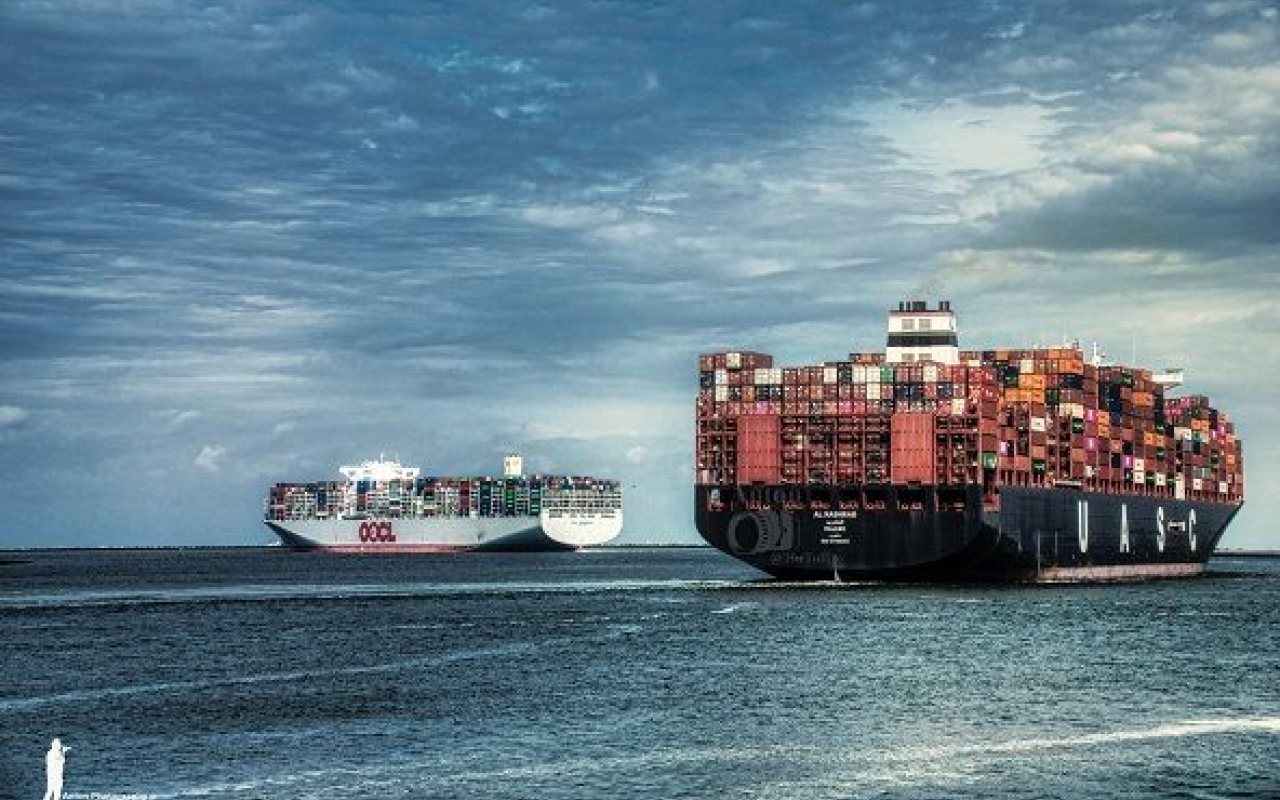 There is no better way to celebrate the successes of shipping in 2018 than feasting your eyes on some of the world’s largest vessels, up closer than ever in these stunning pictures.

The sheer scale of ‘Majestic Maersk’, a Triple E-class container ship capable of transporting over 18,000 TEU, is made clear when we compare the vessel to a nearby tugboat guiding it into shore.

The Triple E-class currently consists of thirty active megaships, all of which offer energy efficiency and environmentally-friendly performance.

The sky may be gloomy in this photograph, but what could be a better backdrop for the burst of colour provided by the huge MSC Anna?

With a TEU capacity just shy of 19,500, Anna is part of a group of container ships all given human names; fellow vessels include Jade, Erica, Tina and MSC’s joint-largest cargo ship Diana.

It is rare to see two megaships so close to one another, so this snap of a UASC vessel and OOCL ship cross paths is quite special.

Since the beginning of 2017, OOCL has deployed the six largest container ships in the world, all with a staggering TEU of 21,413.

A shipping photoshoot would not be complete without a vessel sailing off into the sunset, so this beautiful shot of a COSCO carrier fits the bill nicely.

COSCO now owns OOCL, and therefore the six-strong group of record-breaking container ships, but is also able to boast two 21,237-TEU vessels of its own: appropriately named the “Shipping Universe” and “Shipping Nebula”.