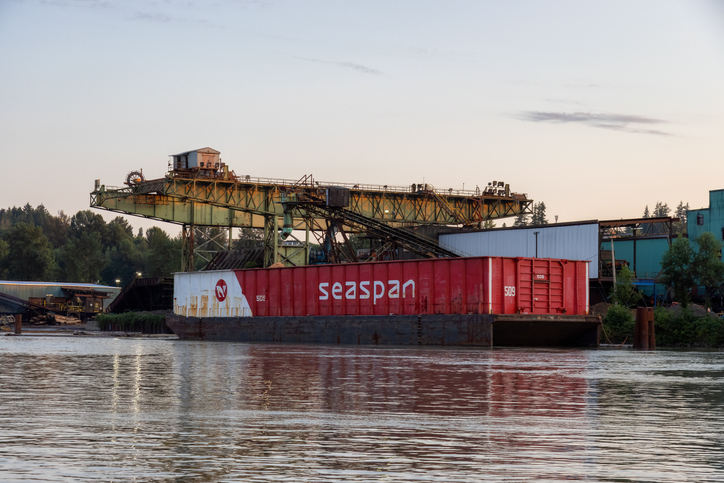 Poseidon Acquisition Corp. (Poseidon) will buy out Seaspan owner Atlas in a deal worth almost $11 billion.

The $10.9 billion follows months of negotiations between Atlas and Poseidon Acquisition Corp., a consortium composed of David L. Sokol, Chairman of the Board of Directors of Atlas Corp., affiliates of Fairfax Financial Holdings Limited (Fairfax), the Washington Family, and Ocean Network Express (ONE).

The transaction will be fully paid for through a cash deal.

Atlas is the owner of Seaspan Corporation, an independent boxship charter owner and operator.

Poseidon will acquire all outstanding common shares of Atlas not owned by Fairfax, Washington and Mr. Sokol for $15.50 per share in cash.

Fairfax, Washington and Mr. Sokol currently own approximately 68 per cent of the outstanding common shares.

Atlas will continue payment of all ordinary course quarterly dividends regardless of the timing of any closing.

The per share purchase price represents a 34 per cent premium to Atlas’ unaffected share price as of 4 August, 2022, the last trading day prior to a publicly disclosed proposal from Poseidon to acquire Atlas.

“We are pleased to have reached this agreement which, through the combination with Poseidon, introduces Atlas to an important corporate sponsor in the form of ONE,” said Nicholas Pitts-Tucker, Chair of the Special Committee of the Board of

“Fairfax, Washington, Mr. Sokol and ONE will be outstanding partners as Atlas advances its operational improvements and drives growth to support its customers and enhance opportunities for its employees.”

The transaction is expected to close in the first half of 2023, subject to approval by holders of a majority of Atlas common shares not owned by Poseidon and its affiliates and certain closing conditions, including receipt of regulatory approvals and third-party consents.

Following completion of the transaction, Washington and Fairfax will own a majority of the equity of Atlas.

Chen will continue to serve as President and CEO of Atlas and will contribute his equity in Atlas to become an owner of the company along with Poseidon.

“Atlas has continued to develop its long-term strategic partnerships and differentiated business model to position the Company for sustainable and quality growth. We believe this transaction with Poseidon is an exciting culmination of those efforts for our shareholders,” said Bing Chen, President and CEO Atlas Corp.

“As we look at the industry’s trajectory, we believe the financial, operational and strategic flexibility we will gain as a privately held company with this group of owners and investors will position Atlas, our employees and customers for greater opportunity.”