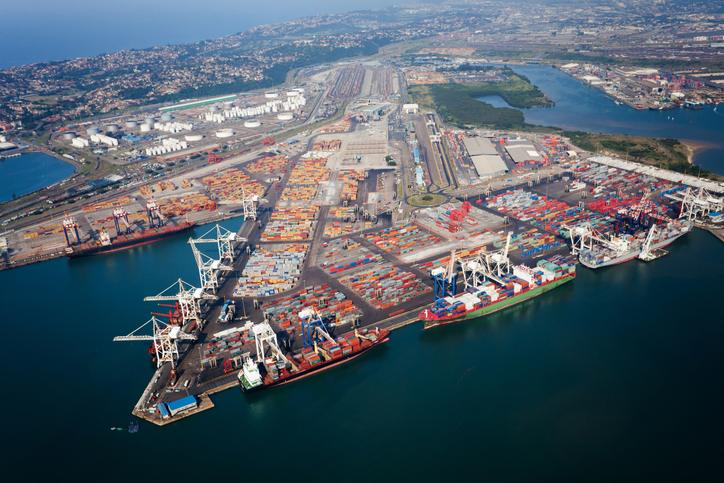 Service levels in the Ports of Durban and Richards Bay in South Africa have “slightly improved” as South Africa continues to reel from protest action.

In an update on 16 July, South African supply chain company Transnet said operations have picked up since 15 July morning.

“Port and terminal operations are slowly beginning to normalise as the number of employees reporting for shifts starts to increase following restoration of public transport in parts of KwaZulu-Natal,” Transnet wrote.

“The Port of Richards Bay has managed to clear all shipping backlogs. Terminal operations at the Port of Durban continue to improve. Marine service operations to service vessels have been available throughout this period.”

The nation has been rocked by severe civil unrest with violence and looting, following former president Jacob Zuma handing himself into authorities to begin a jail sentence.

In addition to the statement from Transnet, A.P. Moller-Maersk (Maersk) wrote in a statement on 16 July that Durban/KwaZulu Natal terminals are slowly starting to resume operations.

“Trucking operations are also starting up however capacity remains limited and is available on short haul only.”

Hapag-Lloyd wrote on 15 July, “The unrest in South Africa continues to affect all of us as well as businesses across the country. Our operations are impacted and some of our depots and terminals are either closed or operating with the minimum staff requirements.

“For the period of July 12, 2021 – TO until ports/terminal are functional OR July 19, 2021, whichever is earlier, Hapag-Lloyd will not invoice detention charges. Please note that any demurrage / port charges might be applied independently by Transnet.”