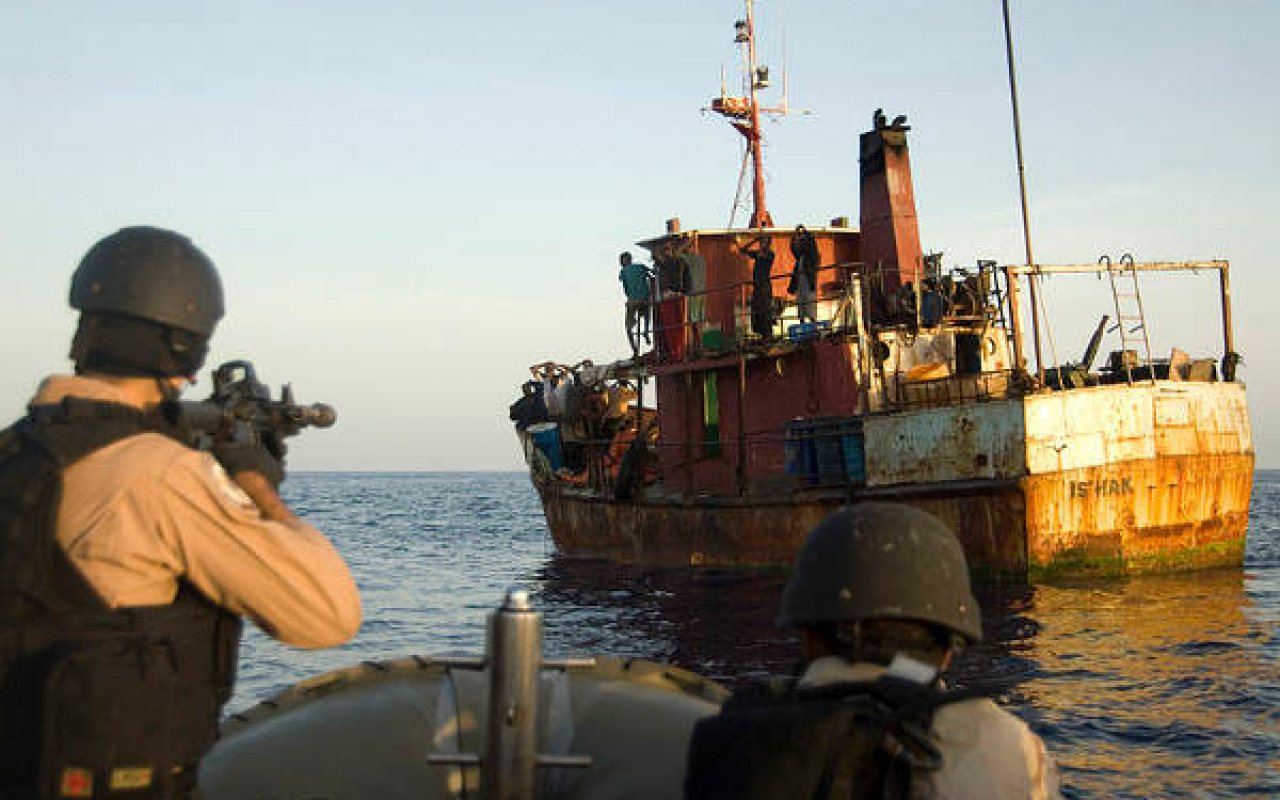 A report released by the International Chamber of Commerce’s International Maritime Bureau (IMB) has stated that piracy and robbery at sea has fallen to its lowest in 21 years, despite a recent increase in kidnappings off the West African coast.

The findings reaffirm data recently published by PTI by Control Risks in the form of an infographic: Infographic: Half-Year Maritime Security Report

The global piracy report related that there were 98 incidents in H1, 2016, consisting of 72 vessels boarded, five hijackings, nine ships fired upon and 12 attempted attacks.

Pottengal Mukundan, Director of IMB, said: “This drop in world piracy is encouraging news. Two main factors are recent improvements around Indonesia, and the continued deterrence of Somali pirates off East Africa.

“But ships need to stay vigilant, maintain security and report all attacks, as the threat of piracy remains, particularly off Somalia and in the Gulf of Guinea.”

The IMB’s global Piracy Reporting Centre has worked with maritime industries and navies for 25 years.

Despite the reduction in worldwide piracy, the number of kidnappings has increased, with ten more crewmembers held for ransom in H1, 2016 than in 2015, with most incidents occurring in Nigeria.  Nigerian attacks accounted for eight of the nine vessels fired upon globally.

Seven of the 10 incidents occurred in the Gulf of Guinea. The armed robbers can board a vessel anywhere between 30 and 120 nautical miles from shore.

IMB reported two further kidnapping incidents off Sabah, where tugs and barges were targeted. And in early June, 2016 a tug and barge was hijacked off Balingian, Sarawak in Malaysia and had its palm oil cargo stolen.

Indonesia and the IMB’s Piracy Reporting Centre have been working together to improve security and safety in ports in preparation for attacks.

Low-level theft to ships at anchor has been brought down by introducing designated anchorages with improved security. This has contributed to a fall in the number of incidents in Indonesia to 24 in H1, 2016, compared with 54 in the same period in 2015.

The IMB said: “This is exactly the type of robust response required in response to such threats.” Nine pirates were apprehended and the crew of the tanker unharmed.

This news comes after concerns that Indonesia was seeing a rise in piracy in April, 2016.

Fact File: The IMB Piracy Reporting Centre is the world's only independent office to receive reports of pirate attacks 24-hours-a-day from across the globe. IMB strongly urges all shipmasters and owners to report all actual, attempted and suspected piracy and armed robbery incidents to the local authorities as well as the IMB Piracy Reporting Centre. This first step in the response chain is vital to ensuring that adequate resources are allocated by authorities to tackle piracy. Transparent statistics from an independent, non-political, international organization can act as a catalyst to achieve this goal.