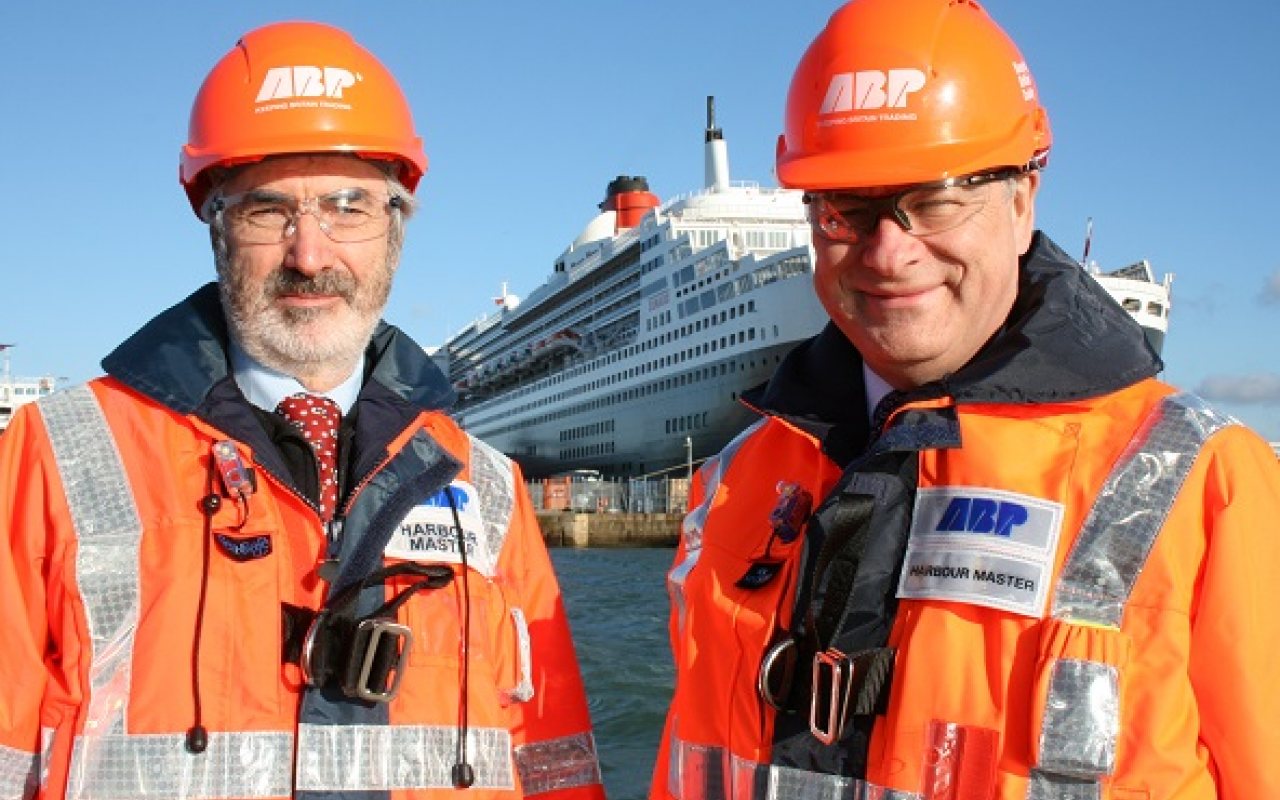 A new Harbour Master is at the helm at the Port of Southampton in the UK, with responsibility for one of the busiest waterways in the world.

Captain Phil Buckley assumes responsibility from January 3, 2017, when Captain Martin Phipps retires after 28 years at the port and seven years as Harbour Master.

The Harbour Master is responsible for the safe navigation of all vessels using the port and operating across the wider Solent – last year 160,000 vessel movements, including some of the largest ships in the world, were recorded excluding leisure craft.

Captain Phipps, who first went to sea at the age of 16, came to the port as a Marine Pilot in 1990 and became Harbour Master in 2011, leading a team of 110 marine staff including pilots, vessel traffic service personnel, hydrographers and berthing officers.

He was recently recognized in the New Year’s Honours list when he was awarded an MBE for services to UK exports.

Captain Phipps said: “As a pilot, I worked on liners like the France and the QE2 was the biggest cruise liner visiting the port.

“In the past 10 years the size of cruise ships has doubled, while by comparison, the growth of container ships has been more gradual.

“Building relationships, consultation and engagement has been a key element of my role as Harbour Master.

“We have such a wide range of customers and stakeholders from the largest container ships in the world to the smallest leisure users and we need to ensure we can all co-exist on the water.”

His successor, Captain Buckley enjoyed a 35-year career in the Royal Navy, a further six years in port management and most recently he was Harbour Master in Jersey.

Captain Buckley commented: “Who wouldn’t want to be Harbour Master in Southampton? Although the scope and scale of Southampton compared to Jersey is enormous, the fundamentals of the job are the same.

“I am excited by the challenge and I get a real kick out of knowing Southampton plays such a central role in shaping the UK economy – and I am really excited to be playing a full role in that.

“I am looking forward to working with 47 of the country’s best pilots, our highly experienced and effective launch crews and our thoroughly professional VTS staff.

“Having commanded submarines at sea, I thrive on complex situations and challenges. I am looking forward to managing the demands of the 24/7 operation that makes the Port of Southampton the major success it is.”

ABP Southampton Director, Alastair Welch, said Captain Phipps was acknowledged by all to be a true gentleman of the sea.

He said: “We wish Martin well in his retirement and look forward to working with Phil Buckley. He joins us at a very exciting time with 2018 set to be another record-breaking year in the port.”