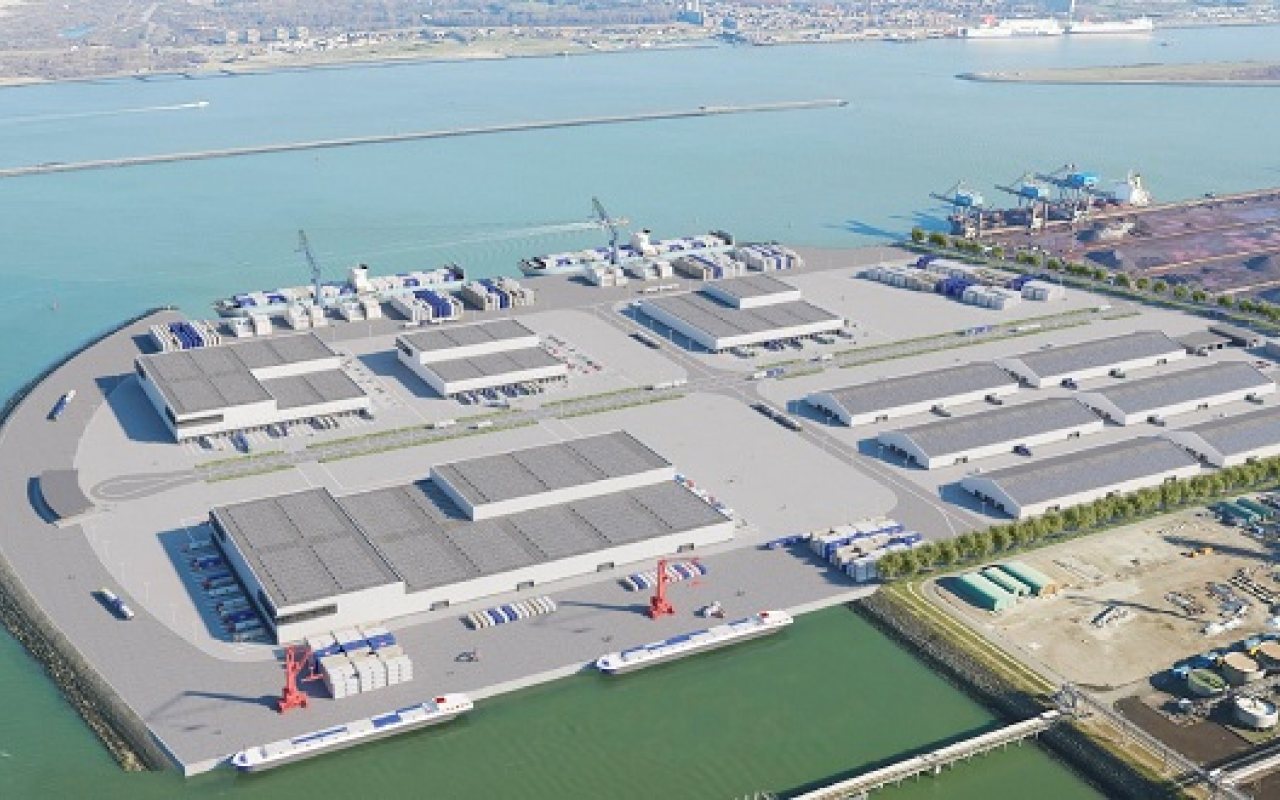 The Port of Rotterdam has announced the establishment of the Rotterdam Food Hub, strengthening its position as Western Europe’s biggest transit port for agricultural, horticultural and fishery products.

Located at Calandkanaal by the entrance to the Maasvlakte terminal, this 60-hectare site is said to offer “optimal facilities” for companies working in the ‘agrofood’ sector.

According to a statement, population growth and increasing levels of economic prosperity have resulted in ‘agrofood’ becoming a growth market, with around US$103 billion worth of goods traded in 2017.

After the US, the Netherlands is world’s largest agriculture exporter, achieving an annual throughput volume of 16 million tonnes.

Emile Hoogsteden, Director of Containers, Breakbulk & Logistics at the Port of Rotterdam Authority, said: “We aim to further accommodate our client’s growth in agrofood.

“The Rotterdam Food Hub offers excellent opportunities for this: not only are Maasvlakte’s large deep-sea container terminals just a stone’s throw away, but the Rotterdam Food hub will also have access to multiple berths for sea-going vessels especially equipped for refrigerated cargo.”

As “speed is crucial” when dealing with this type of cargo, berths for inland vessels visiting the food hub will be kept available and warehouses will be located immediately adjacent to the quays, enabling the quick processing of perishable goods.

In addition to this, various facilities situated at the hub, such as quays and services for transport, storage and access control, can be shared efficiently by a number of different stakeholders.

Hoogsteden added: “The Rotterdam Food Hub forms a fantastic and extremely welcome addition to the agrofood hotspots that already exist in the Port of Rotterdam, such as Cool Port and the large cold storage warehouses including at Maasvlakte and Eemhaven.

“Its location close to Greenports such as Barendrecht, Ridderkerk and Westland is, of course, also ideal.”

Rotterdam has stated that approximately 45 hectares at the site are available for issue to companies, while land allocation discussions are already ongoing with candidates for some 35 hectares.

Preparatory works have already taken place, including soil surveys, and the construction of a temporary road and utilities for the building work is set to commence in June.

The development of the site, which will be known as ‘Kop van de Beer’ (Head of the Bear), will begin in July, allowing the first companies to be operational at the hub by the end of 2020.