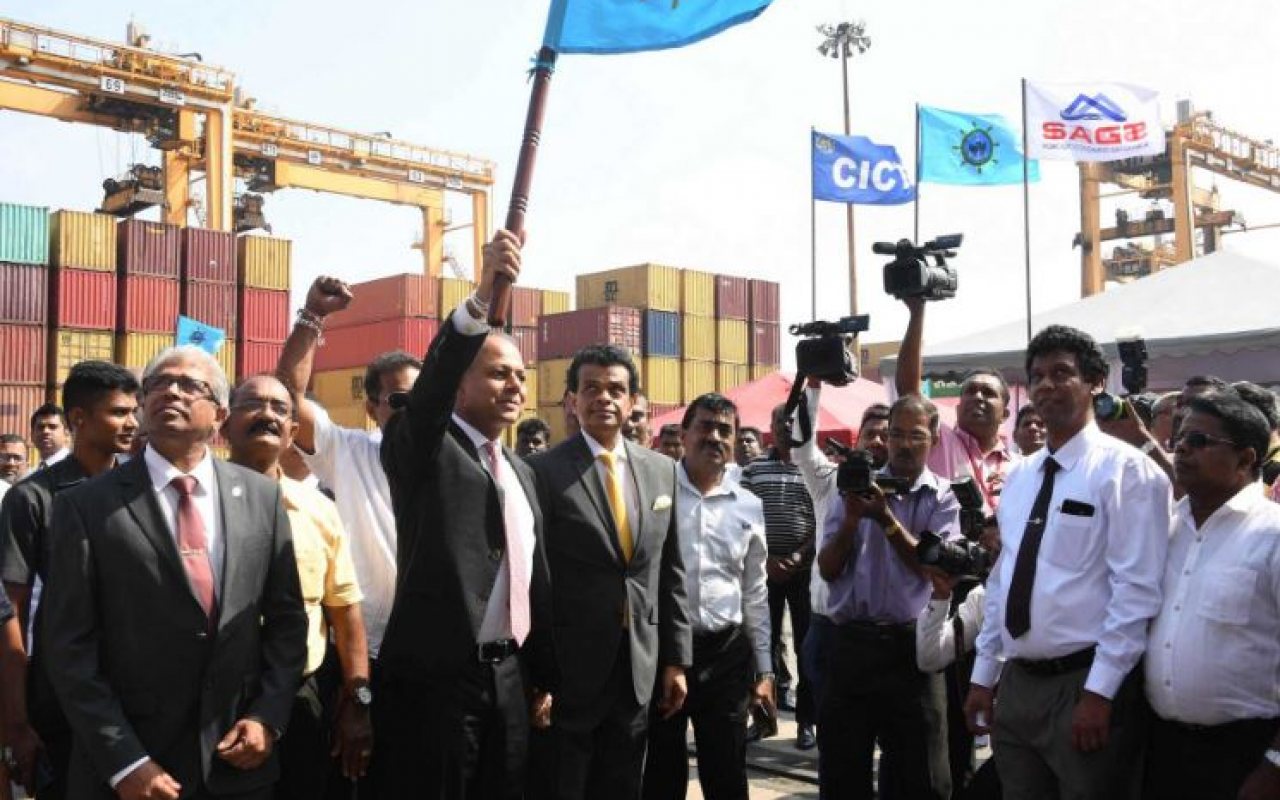 Following the handling of its 7 millionth TEU on December 31, 2018, the Port of Colombo, Sri Lanka, held a special ceremony at the Jaya Container Terminal (JCT) to celebrate the record-breaking landmark.

Speaking at the ceremony, SLPA Chairman Dr. Parakrama Dissanayake stated that the achievement was “primarily possible because of the clientele of the Port of Colombo”.

How are ports around the world coping in a new manufacturing landscape? Find out by reading Port Technology technical paper

In addition to this, he thanked the management and staff of JCT, SAGT and CICT for their contribution to reaching this milestone.

Dissanayake said: “The Port of Colombo, having handled one million TEUs in 1995, took nine years to handle 2 million TEU in 2004.

It has also been suggested by the SPLA that there is a present need to increase capacity, in order to compete with other ports and address changes taking place within the shipping industry.

The minister stressed that the present government of Sri Lanka is working to implement policies and capitalize on the growth of the Port of Colombo.

In the first half of 2018, the Port of Colombo was ranked as the number one port in the world for container growth, the first time it has reached the top of a global maritime ranking.