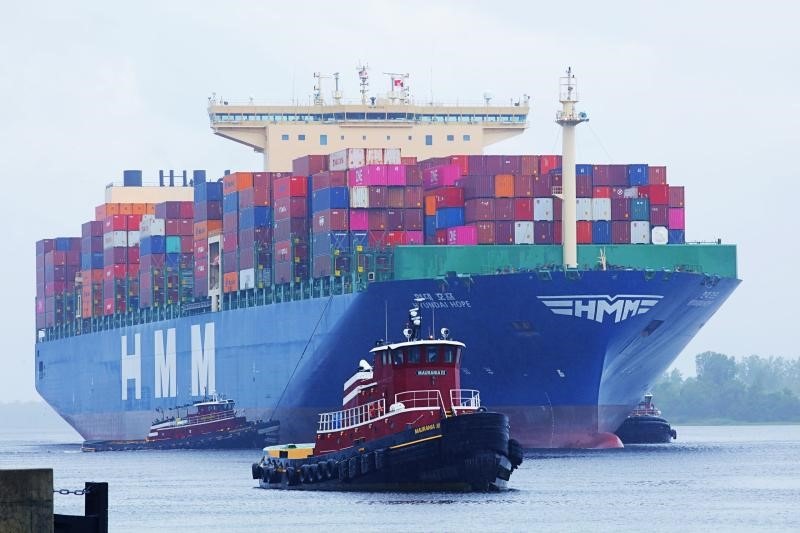 The North Carolina State Ports Authority made history as the MV Hyundai Hope sailed in to the Port of Wilmington on 20 May.

The MV Hyundai Hope has a carrying capacity of nearly 14,000 TEUs and is one of the largest container ships calling on the United States East Coast.

“This is a monumental milestone for North Carolina Ports, the Port of Wilmington and the entire state of North Carolina. This has been years in the making and seeing our hard work and dedication come to fruition with the arrival of the MV Hyundai Hope is truly something to celebrate,” said Paul J. Cozza, Executive Director, North Carolina Ports.

“This would not have been possible without the support of our many partners at the local, state and federal levels as well as funding from the North Carolina General Assembly.”

“Our ports are an important asset for connecting North Carolina to opportunities around the globe. Welcoming this ship shows our commitment to supporting North Carolina’s ports and overall economy is paying off and keeping our state globally competitive,” added Robert A. Wicker, Chairman, North Carolina Ports Board of Directors.

The arrival of the MV Hyundai Hope highlights North Carolina Ports’ commitment to its more than $200 million capital improvements plan. Enhancing the Port of Wilmington’s infrastructure to support the largest vessels calling on East Coast ports has long been a focal point of this initiative.

“Our team and Board of Directors recognized the importance of infrastructure improvements to support the growing vessels able to reach the United States following the expansion of the Panama Canal in 2016. Since then, we have been working tirelessly to modernize our facilities in preparation of this historic moment,” said Brian E. Clark, Chief Operating Officer, North Carolina Ports.

The arrival of the MV Hyundai Hope follows the completion of four major projects aimed at improving access for 14,000-TEU container ships to the Port of Wilmington.

The MV Hyundai Hope is operated by HMM in partnership with THE Alliance linking Asia and South America to Wilmington.