Port of Virginia welcomes the largest cranes in the US 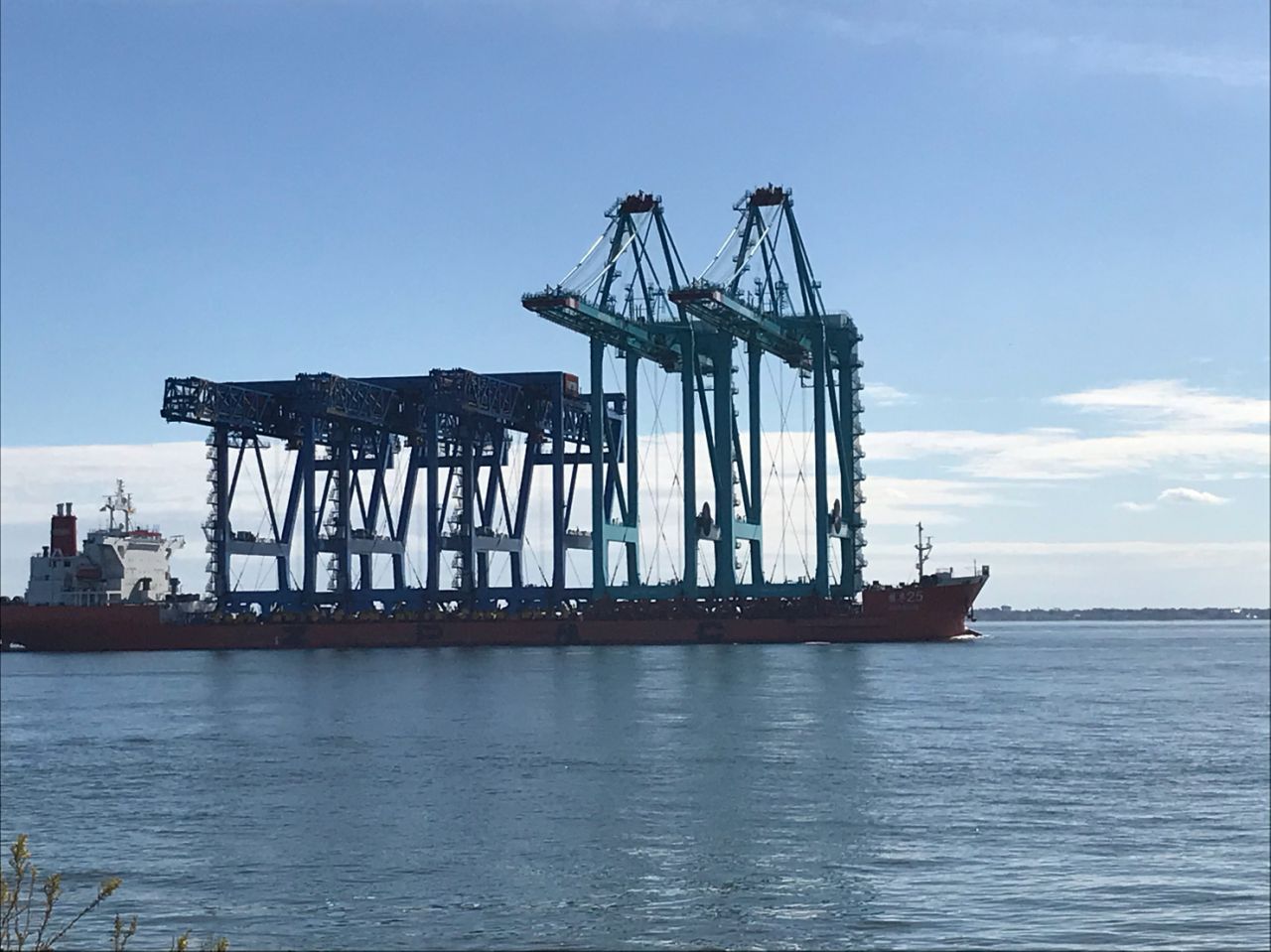 The Port of Virginia has welcomed the two largest container cranes to operate in the US to Norfolk International Terminals (NIT) as part of its $450 million, two-a-half-year-long renovation of the terminal’s South Berth.

“It’s a landmark moment for The Port of Virginia because it signals the completion of the overall expansion of this port that started back in 2016,” said John F. Reinhart, CEO and executive director of the Virginia Port Authority.

“With these units we’ll have significant lift capacity in the harbor and the ability to handle multiple ULCVs [ultra-large container ship] at once at both NIT and Virginia International Gateway [VIG].

“This benefits the port’s users and it says, very clearly, to the ocean carriers and the industry that we are prepared to handle big ships and growing cargo volumes safely, swiftly and sustainably for decades to come.”

In August 2017 the Virginia Port Authority Board of Commissioners approved the purchase of four new cranes for VIG and that contract included an option for two additional units for NIT. The cranes were built by Shanghai-based Zhenhua Heavy Industries Co., Ltd, (ZPMC), the same company that built and delivered four identical cranes to VIG in January 2019. Also on order from ZPMC are two more, identical cranes set for delivery to NIT in early 2022.

The largest of their kind in the United States, these cranes will be able to accommodate ultra-large container vessels, or ULCVs, that make regular stops in Virginia and even higher-volume ships of the future. These cranes have the capacity reach across a vessel that is 26 containers wide, which is three-to-four containers beyond the reach of most cranes.

Once the new cranes are operational, The Port of Virginia will have 30 ship-to-shore cranes at work in the Norfolk Harbor and the ability to service the biggest container ships sailing the Atlantic Ocean: VIG will have 12 cranes and NIT will have 16. Portsmouth Marine Terminal has six cranes, but two of those units are being retired.

“These cranes are the capstone of the $800 million in land-side investments we’ve made at both NIT and VIG,” Reinhart said. “We started the effort in late 2016 and the result is 1 million units of additional lift capacity. We’ve modernized our terminals from the gate to the berth and created a twenty-first century, world-class port.

“Combine our land-side investments with the widening and deepening of the Norfolk Harbor and its channels and we will have all of the pieces in place to drive cargo growth, job expansion and economic development across Virginia for the next generation. It also means that, in parallel, we’re providing a high-level of efficiency, service, and care to our customers and users of The Port of Virginia.”