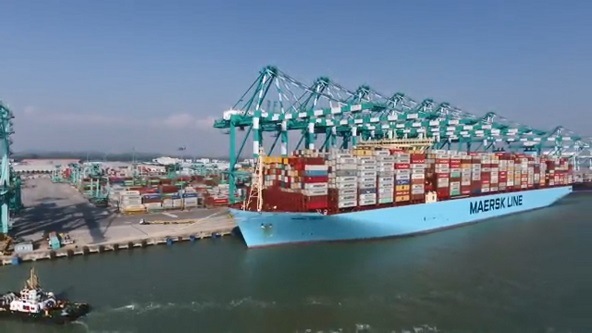 The Port of Tanjung Pelepas (PTP), Malaysia’s most advanced container port, will put forward an expansion plan that could see it handle 30 million TEU by 2030, according to Singaporean newspaper The Straits Times, which quotes the country’s Transport Minister Anthony Loke.

The Straits Times says Loke made the announcement while speaking to reporters in Johor Baru on October 14, 2019, and stressed the importance of the expansion, saying that PTP will be at full capacity by 2023 on current levels.

“Right now,” he said, “the port is reaching nine million TEUs and the capacity is 12.5 million TEUs with an 8 to 9 per cent expansion annually.

“If we don’t do anything, within three to four years they’ll reach full capacity. We can’t wait until then to plan for expansion.”

Those statements followed a speech Loke made at the opening ceremony of Johor Port Week, in which he said the federal government wants to make PTP “a major transshipment hub competing among the best in the world.”

To achieve that, Loke said the government will also ease regulations to make business at ports easier while encouraging digitization to increase efficiency.

However, Loke also said that the majority of the expansion will be carried out by investment from the private sector with government support.

PTP’s current capacity is 12.5 million TEU and the expansion will be carried out in phases in order to maximize its growing capacity.

Once completed, it could be one of the five biggest ports in the world.

PTP’s growth as a regional and global transshipment hub is evident in its recent record.

The world record for the most amount of TEU stored on a container vessel has been broken three times at PTP in the last 18 months.

The most recent of these was July 2019, when the MSC Gulsun, the biggest containership ever built, left PTP’s dock with 19,574 TEU on its maiden voyage.

PTP’s CEO Marco Neelson is one of many experts who will attend Port Technology’s Smart Digital Ports of the Future Conference (#SDP19) from November 4-6.