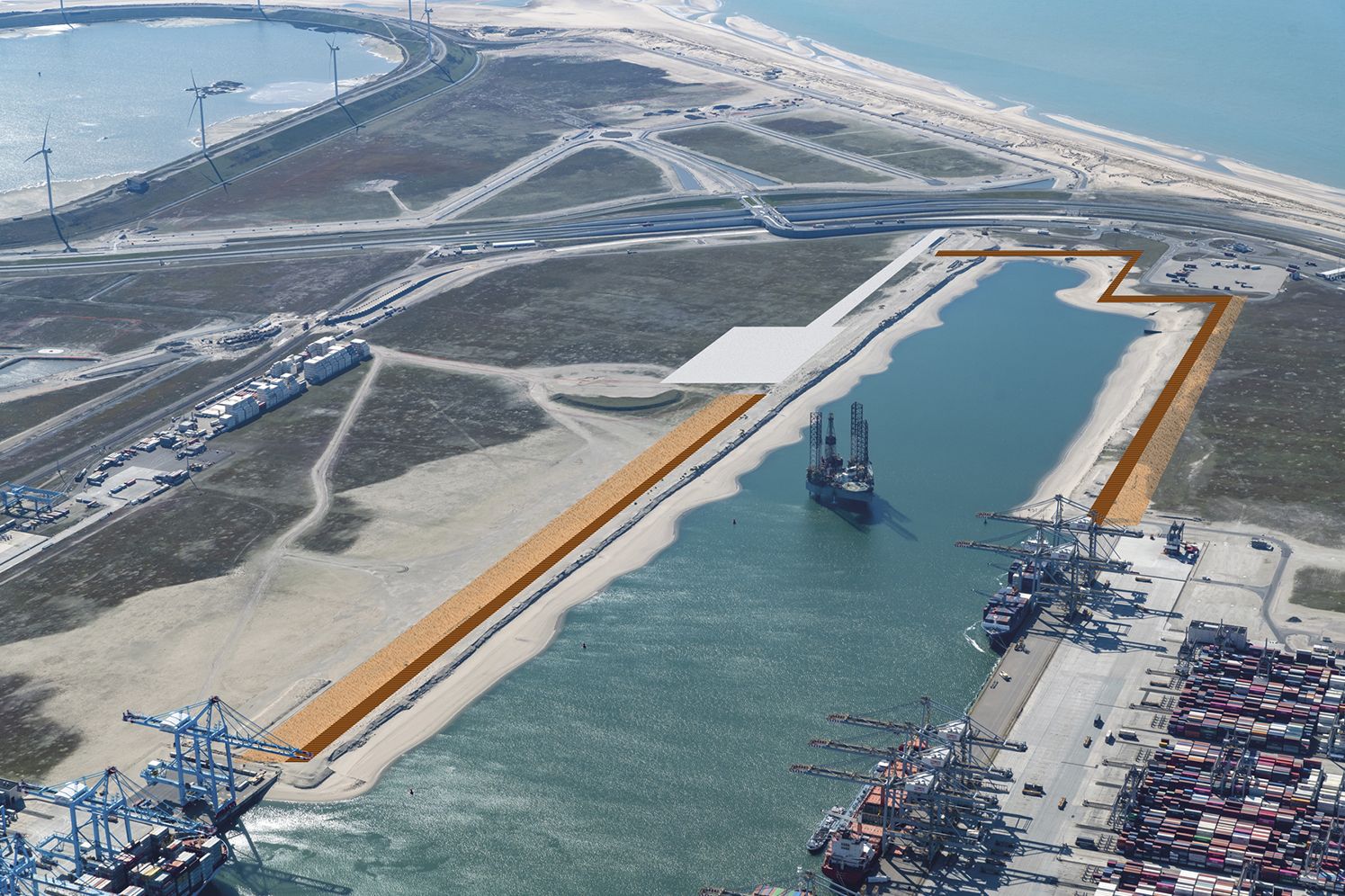 The Port of Rotterdam Authority has awarded the construction of approximately 2.4km of quays in the Princess Amalia Harbour to the HOCTIEF, Ballast Nedam and Van Oord contractor consortium as part of the project that increase its overall annual capacity by four million TEU.

In a statement, the Port said e-commerce is forcing container volumes to rise sharply, which is evidenced by the congestion seen at some gateways on the US West Coast. It therefore needs to increase its capacity and the extension will do so by 28% on 2020’s traffic.

Boudewijn Siemons, Chief Operating Officer (COO), the Port of Rotterdam Authority, said the increase in demand will continue for the time being.

“To further strengthen our leading position as Europe’s largest container port, we are now responding to this development by investing in the further expansion of the Princess Amalia Harbour,” Siemons said.

“This is an investment that will boost the competitive position of our customers and of Rotterdam.”

Container terminals APM Terminals and RWG are already active in the Princess Amalia Harbour, with 1,500 and 1,700 metres of quay respectively.

The construction of new deep-sea and inland shipping quays will allow these companies to develop the other sites around this harbour in time. Both terminal operators have already signed the relevant options.

The project also includes the construction of a 160-metre waiting area for general use by inland shipping vessels.

The new building work will be on either side of the harbour, which is approximately 2.5 kilometres long. This total will include 1,825 metres of deep-sea quay, 160 metres of inland shipping quay and 360 metres of soil-retaining walls.

Barring 725 metres, this means that the entire harbour basin, which went into use in 2015, will be enclosed.

The completion of the first 500 metres of quay wall is expected in late-2022. The final part of the project will be completed no more than eighteen months later.

In addition to the construction of the quays, which will have a retaining height of 29 metres, the work also involves dredging the quays to a depth of more than 20 metres below sea level.

Additionally, a rear crane track will be built on piles over a distance of approximately 1.8 kilometres for the rear legs of the container cranes that will be used here.

The quays will be state-of-the-art. For example, they will be fitted with a wide range of sensors to monitor forces and any deformation. In addition, ECOncrete blocks will be used at two locations to act as artificial reefs and encourage biodiversity below the water.

Siemons added, “We are looking forward to working with HOCHTIEF, Ballast Nedam and Van Oord on the basis of the values we share with them in terms of safety and sustainability.”

Dirk Osthus, HOCHTIEF Managing Director, also commented, “We are proud to take on this challenging project as a building consortium. Our work will be a demonstration of the Rotterdam mentality: practical and effective.”

Ronald de Geus, managing director of Ballast Nedam Infra Projects, was quoted as saying, “By looking at the project from the perspective of a range of disciplines and working with partners in the chain, a variety of solutions were elaborated to come up with the most sustainable and efficient working method,” adds.

“For example, we will be reducing disruption in the local area by bringing in most of the construction materials by water.

“That allows us to ensure that the operations of the container terminals can continue interrupted during the course of the project.”