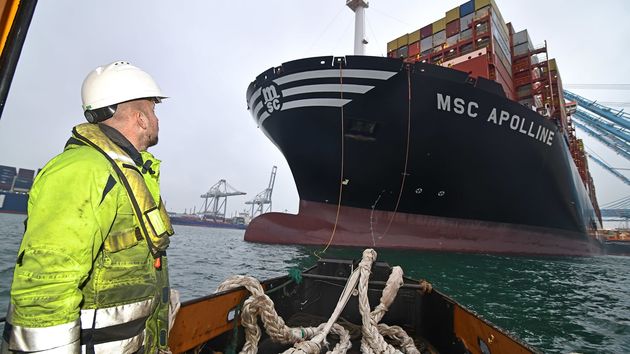 Ports in the Rhine and Meuse estuary area have contributed €34 billion ($37.9 billion) to the export value of Dutch products. The Port of Rotterdam made a significant contribution.

The contribution comes as Dutch seaports are an important gateway to the world for Dutch-made goods while also a major contributor to Dutch export revenue.

This has been reaffirmed by a recent study conducted by Statistics Netherlands (CBS) and the Erasmus Centre for Urban, Port and Transport Economics (Erasmus UPT), demonstrating the economic value of Rotterdam in terms of employment, national income and taking Dutch exports to the world market.

This study was commissioned by the Ministry of Infrastructure and Water Management, the Knowledge Institute for Mobility Policy, and the Seaports Branch Organisation.

In late 2021, three reports were published analysing the various indicators of the economic significance of seaports in the Netherlands.

The latest report to be published builds upon existing information and studies and adds new research questions.

“This economic review has allowed us to make more comprehensive and in-depth calculations that build on, among other things, earlier Erasmus UPT research so in this study we calculated the broader value of seaports for the Dutch economy,” said Martijn Streng, Senior Advisor for Erasmus UPT.

“The total sum of all direct and indirect values for the Rhine and Meuse Estuary area – value from industrial activities, logistical processes and trade flows, for instance – amounts to a total of about €63 billion ($70.2 billion) and 565,000 jobs. The Port of Rotterdam accounts for the greater part of that.”

Allard Castelein, CEO for the Port of Rotterdam Authority, added: “The success of our port is measured not only by throughput tonnes but also by the impact we have on employment, income and prosperity, in the Netherlands and beyond.

“This report not only shows that the Port of Rotterdam adds value in terms of employment and income for the Netherlands, but it also highlights how we as a port add value to bringing Dutch exports to the global market efficiently and prominently.

“In that way, we boost the economic significance of the Netherlands and the competitiveness of the Dutch economy.”

In other recent news, the Port of Rotterdam is to house a new green hydrogen facility from thyssenkrupp Uhde Chlorine Engineers.

Shell has also signed a supply contract with the German multi-national conglomerate to develop the 200 MW facility.