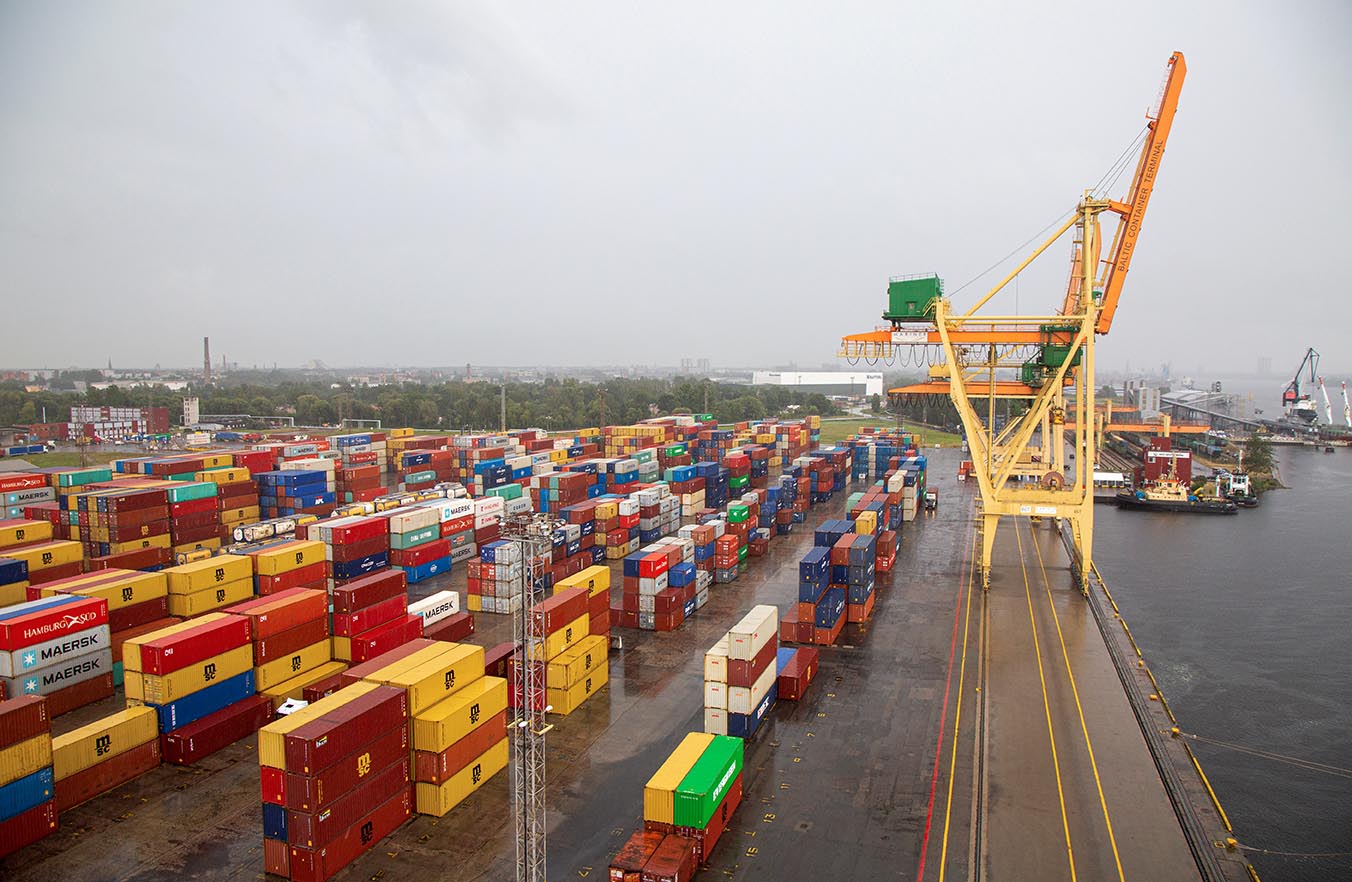 The Port of Riga has updated its handling operations with a new ship-to-shore (STS) crane as it looks to meet growing trade demand in the Baltic region.

“Container cargo is the safest and most environmentally friendly way of transporting and storing cargo, which every port wants to ensure in its cargo handling environment,” said Talis Linkaits, Latvia’s Minister of Transport at a ceremony on 25 August.

“I would like to express my satisfaction with the fact, that the companies operating in the Port of Riga are developing and investing in growth, modernization and technologies that strengthen not only their own, but also the overall offer and competitiveness of the Port of Riga,” Linkaits continued.

The 100-meter-high container crane has a lifting capacity of up to 45 tons and a lifting speed of 1 meter per second, according to the Port.

It will provide the opportunity to promptly and safely service the state-of-the-art container carriers with up to 15 container rows across the overall breadth, the Port continued.

This means the crane, unlike smaller ones, is able to unload and load containers on board the vessel to the required width, eliminating the need to move the ship at the berth during loading.

This enables significantly faster cargo handling than before and allows shippers to get their goods to market far quicker.

Like all other Baltic Container Terminal STS cranes, it is equipped with the Quay Crane Automation System to increase vessel loading efficiency.

“The example of the Baltic Container Terminal proves that modern technologies are one of the cornerstones of international competitiveness. Our goal is to become a leader in the implementation of smart or digital port solutions in the Baltic region.”

Gerard Sammut, CEO of the BCT, also commented: “The new container crane will further increase the efficiency of our terminal by providing faster and safer ship service to meet the growing demands of our clients.”

The new container crane is made in China by SANY Marine Heavy Industry. At the end of January this year, it was loaded onto a barge and transported by water to the port of Riga, where it arrived in May.

After the crane assembly, installation of systems and technologies, which was carried out with the participation of Chinese specialists, the crane has been commissioned and now is fully operational.