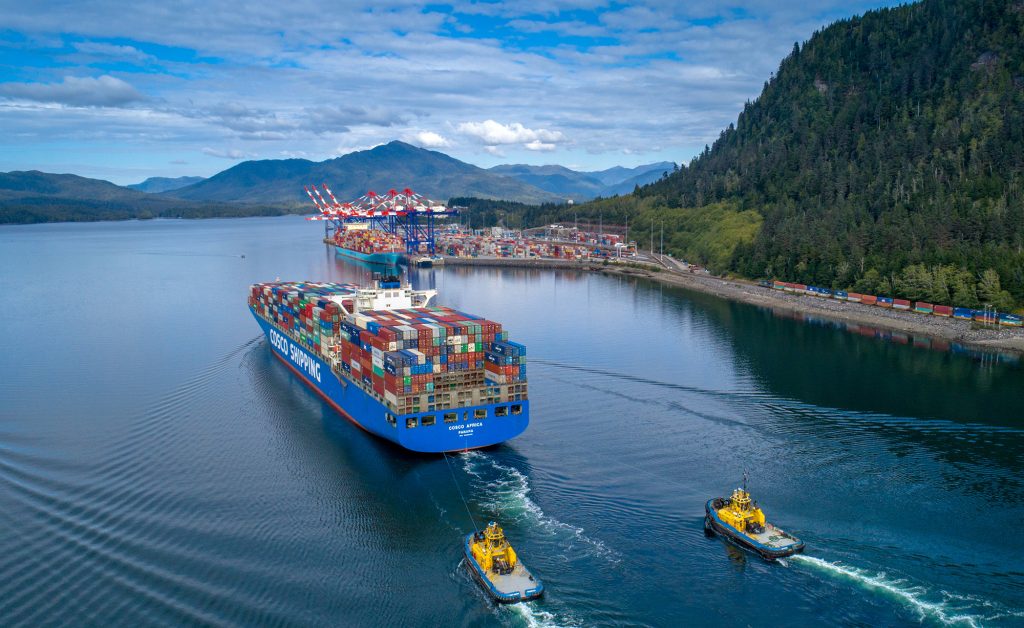 A total of 29.9 million tonnes of cargo was moved through the Port of Prince Rupert in 2019, the Prince Rupert Port Authority (PRPA) has reported.

This represents 12% more than the 26.7 million tonnes handled the previous year and the highest total volume to date for the Port.

Ports In Focus: The Port of Prince Rupert

Supporting the overall positive trend was strong performance at DP World’s Fairview Container Terminal with over 1.2 million TEUs at an increase of 17% over 2018, the addition of propane volume through AltaGas’ Ridley Island Propane Export Terminal, and growth in coal handled at Ridley Terminal where cargo levels were up 18% over the previous year.

In 2019, several infrastructure projects supporting growth and diversification at the Port of Prince Rupert were announced, including the Ridley Island Export Logistics Park, the Zanardi Bridge and Causeway Project, and the Metlakatla Import Logistics Park.

All of these developments have been supported by the Government of Canada’s C$153.7 million ($117.6 million) investment through its National Trade Corridors Fund.

An anticipated C$2 billion ($1.53 billion) in capital expansion projects starting in 2020 will support further cargo growth, including DP World’s Fairview Terminal expansion project that will bring the terminal’s capacity up to 1.8 million TEUs by 2022; the Vopak Pacific Terminal project, which is currently undergoing its environmental assessment and expects to make a final investment decision in 2020; as well as Pembina’s Prince Rupert Export Terminal, which is currently under construction and anticipates being operational in late 2020.