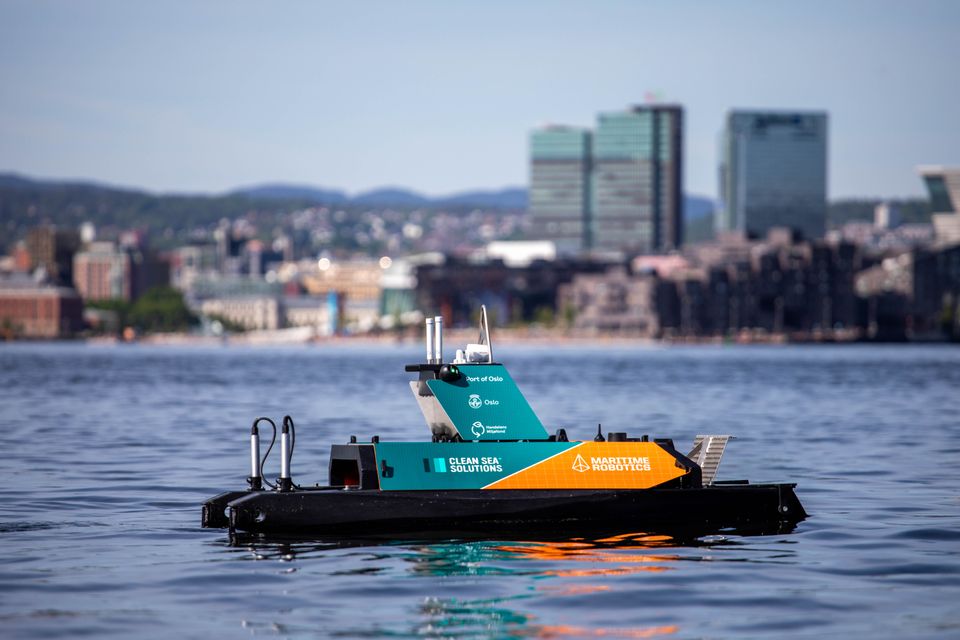 The Port of Oslo has announced it will deploy an autonomous drone as part of efforts to clean the harbour basin and Fjord.

In a statement, the Port described the drone project as “an innovative collaboration” with the Urban Environment Agency, the Trade Environmental Fund, Clean Sea Solutions AS and Maritime Robotics.

Clean Sea Solutions and Maritime Robotics have developed the ‘Oslo Drone’, or Cleaning Drone V1 (CDV1) which is its preliminary official name.

The drone is a fully electric unmanned surface vessel, designed to remove unwanted marine plastic waste in and just below water surfaces in ports, canals, estuaries and other marine environments.

The drone is controlled via a graphical user interface, Vehicle Control Station (VCS), developed by Maritime Robotics or via a mobile app. The drone can also be equipped with sensors for mapping the seabed and collecting environmental data.

The Port said 80% come from activities on land and up to 94% sink to the bottom when it comes out to sea. Measures are therefore needed to prevent the inflow of plastic into the sea.

The drone contributes to this by cleaning up along land where the problem is greatest, and the clean-up measures are most effective.

Svein Olav Lunde, technical director, Port of Oslo, said, “The Port of Oslo has the world’s first electric environmental boat of its kind and floating rubbish bins that clear plastic and rubbish in the fjord.

“The Port of Oslo shall be at the forefront of development and take into use and participate in the development of facilities that ensure that less waste ends up in the sea.

“The Port of Oslo contributes with financing and testing. It has been exciting to participate in the development of the autonomous drone together with Clean Seas Solution and Maritime Robotics AS, and we look forward to using it.”