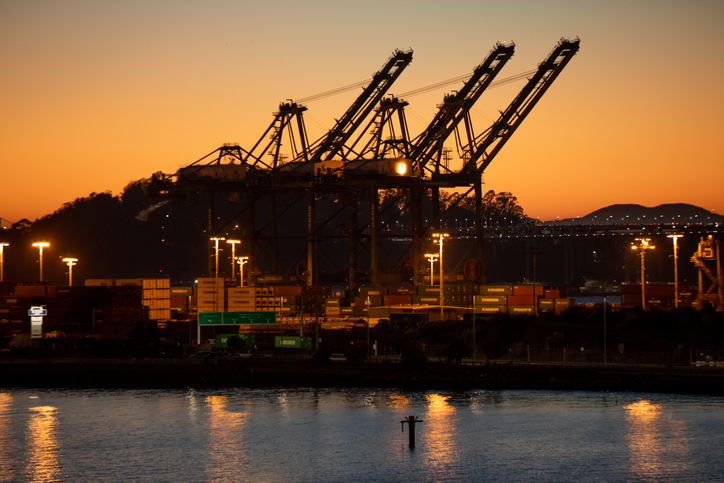 The Port of Oakland is exploring the possibility of expanding its rail capacity to meet growing long-haul and short-haul cargo traffic, according to its Maritime Director Bryan Brandes.

Additionally, it is considering an ‘only-port-of-call’ express service to make trade quicker throughout the US as it continues to recover from the instability of the COVID-19 pandemic.

Brandes out forward the plans during a meeting with the Pacific Transportation Association, made via Zoom, where he made clear such strategic initiatives and investment in operational improvements are at the hear of its future growth timetable.

“We are determining our strategic initiatives right now,” said Brandes. “We’re continuing to spend and invest a fair amount into Port facilities to ensure that we’re set up for the future.”

According to Brandes, the Port of Oakland is expecting a slight decrease in Oakland’s overall cargo volume in 2020 due to the pandemic but expects that to pick up in future years. Mr. Brandes is optimistic about Oakland’s maritime business and welcomed input from attendees as the Port continues to shape its strategy.

The Port is currently managing 15 transportation related infrastructure and software projects are being built in Oakland. Together they make up the Freight Intelligence Transportation System (FITS).

“It’s a combined effort with the Alameda County Transportation Commission, the Port and the City,” said Brandes. “The new system will improve security, safety and the customer experience for those who are involved with the Port.”

A long-term project at the Port of Oakland is the redevelopment of the former Oakland Army Base. The Seaport Logistics Complex (SLC) encompasses the Port’s part of the former base. CenterPoint Landing is the first construction project at the SLC. The 466,000 square foot warehouse is on 27 acres and will soon be completed.

Additionally, three, new, huge container cranes are coming into Oakland International Container Terminal (OICT) later this year. These will be the tallest cranes Oakland has ever had at 442 feet as measured with the boom at rest, pointed skyward (301 feet at the apex).

TraPac terminal operators at Oakland also have plans to either raise cranes or bring in new, bigger cranes next year, Brandes added and emphasised that the Port’s investment in its facilities is a clear sign that the Port will be improving its infrastructure in ways that support maritime growth in Oakland.”