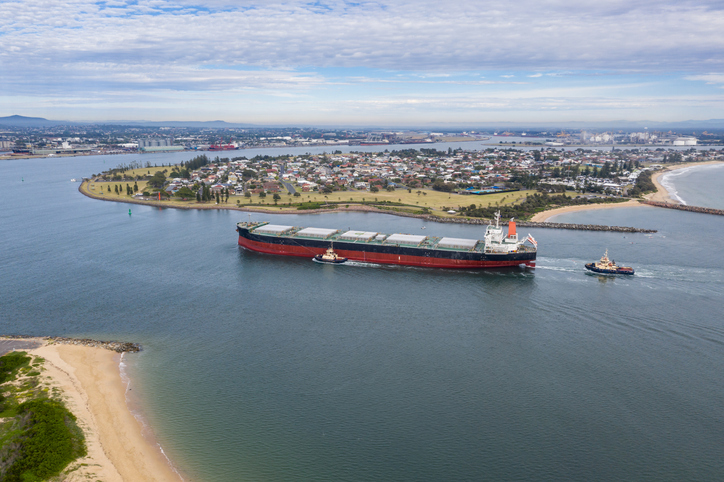 The Port of Newcastle has welcomed the appeal against the Australian Federal Court’s decision to dismiss the potential development of a new container terminal in New South Wales (NSW).

On 29 June 2021, the Federal Court of Australia dismissed claims from the Australian Competition & Consumer Commission (ACCC) that NSW state laws against a TEU cap on the port were anti-competitive.

The port, which mainly transports coal, aims to build a container terminal in order to increase container cargo throughput.

However, since 2013, NSW State Government has imposed a TEU cap on the Port of Newcastle in favour of containerised cargo travelling via the Ports of Botany and Kembla, owned by NSW Ports, further south on the coast near Sydney.

Port Botany and Port Kembla were privatised in 2013 under 99-year leases from the State of NSW Ports.

A 50-year Port Commitment Deed, implemented as part of the 2013 privatisation, required the State of NSW to compensate the ports if container traffic at Newcastle exceeds a TEU cap.

A separate commitment in May 2014 required the Port of Newcastle to reimburse the State of NSW for any compensation paid to Port Botany and Kembla.

In her judgment, in June 2021, Justice Jayne Jagot noted that the prospect of Port of Newcastle developing a container terminal in the foreseeable future while Port Botany still has capacity “is fanciful, far-fetched, infinitesimal or trivial”.

On 27 July 2021 the ACCC announced it had lodged an appeal against the decision to dismiss the proceedings against NSW Ports Operations Hold Co Pty Ltd.

ACCC Chair Rod Sims commented, “We are appealing from this decision because we consider that the purpose and likely effect of the compensation provisions entered into at the time the State of NSW privatised the Ports of Botany and Kembla was anti-competitive.

“Agreements entered into when existing state-owned monopoly businesses are being privatised, which seek to maximise profit from the sale by protecting that monopoly from competition in the future, are inherently anti-competitive.

“We remain concerned that the Port Commitment Deeds will effectively hinder or prevent the development of a competing container terminal at the Port of Newcastle for 50 years. This is a matter of significance for the Australian economy,”

Craig Carmody, CEO of the Port of Newcastle, said the development of another container terminal in NSW, even whilst Port Botany has capacity, would “provide a viable alternative” and more cost-effective export routes for regional NSW farmers and manufacturers.

“Such competition would increase regional NSW global competitiveness and allow these suppliers to avoid congested supply chains,” he said.

“Port of Newcastle is confident that it has the ability to compete in the same market as Port Botany.

“Port of Newcastle continues to monitor the progress of the Federal Court proceedings with a keen interest and awaits the outcome of the appeal.”