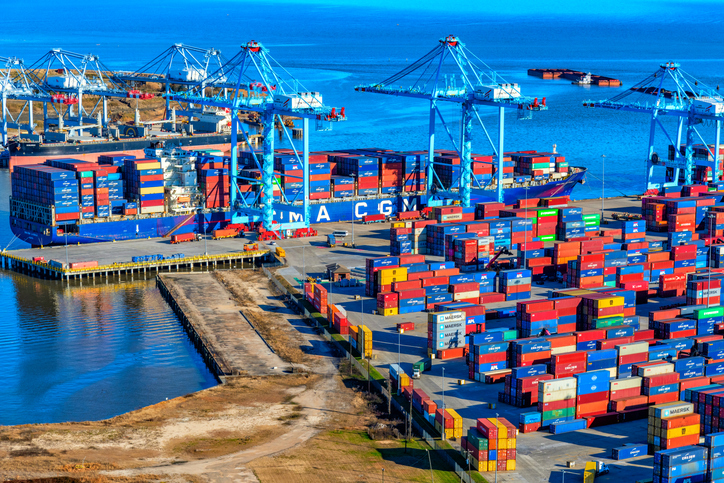 The Port of Mobile is to receive greater state funding after it experienced considerable volume growth in February 2022.

Last month, containerised cargo volumes at the port grew by 33 per cent year-on-year. Refrigerated containers also rose 80.9 per cent, and rail intermodal transfer increased by 148.2 per cent compared to February 2021.

In January, the port saw near-historic lift rates, processing a total of 47,768 TEU.

The first phase of the A-USA Corridor initiative involves a $71.6 million initiative to link the Port of Mobile with the McCalla Intermodal Facility near Birmingham.

US Senator Richard Shelby, Vice Chairman of the Senate Appropriations Committee, and its subcommittee on defence have since passed a comprehensive appropriations package containing all 12 Fiscal Year 2022 spending bills.

Under the package, the Mobile area will receive a total of $1.146 billion in funding, with a large sum going towards the Port of Mobile.

The port will receive $132.7 million for improvements, including the design and construction of docks, wharves, and piers, as well as for land acquisition and site development.

A further $67.3 million will also be set aside for freight and intermodal rail infrastructure improvements at the port and the Montgomery inland intermodal transfer facility.

“Throughout every appropriations process, I have worked diligently to create the conditions for growth and success throughout the state of Alabama, and that certainly includes Mobile,” said Senator Shelby.

“I am very proud to announce that this package includes more than $1 billion in funding for the Mobile area, with $300 million for improvements to the Port and the airport. This is great news for our Gulf Coast.

“South Alabama stands to benefit immensely from these investments. Mobile has a lot of potential, and this funding will improve upon its existing infrastructure to transform our coast and the entire state.”