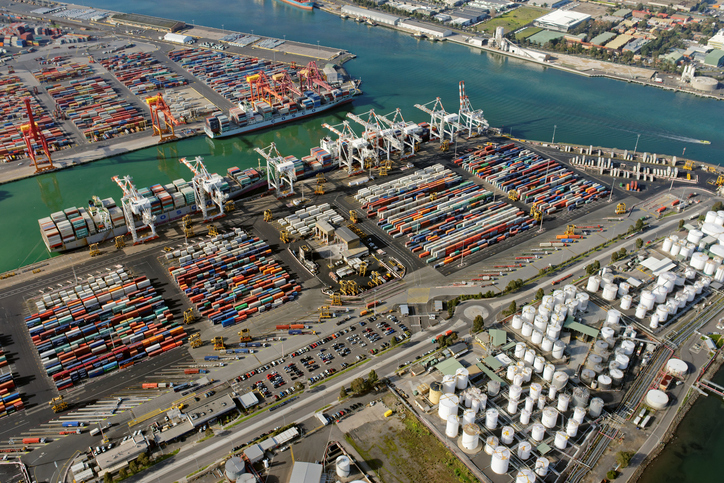 The Port of Melbourne has announced major investments to expand terminal operations at Webb Dock East.

The port has confirmed that it is working to reduce port congestion, improve efficiency, and accommodate larger ships at Australia’s largest container terminal and general cargo port.

The project will involve demolishing a redundant section of concrete and extending the quay line by 71 metres.

The contract for the works has been awarded to Fitzgerald Construction Australia and completion is scheduled for Q3 2023.

Saul Cannon, CEO of the Port of Melbourne, insists the project is an important part of a 30-year investment strategy, designed to create a more efficient and productive port.

“Now more than ever, we need to make sure we get essential goods delivered to hospitals, businesses, schools, and homes,” said the CEO.

Webb Dock East was initially designed as a two-berth terminal and this project aims to restore its intended design capacity.

“It’s essential that we ensure our infrastructure responds to global trends, and these works at Webb Dock East do that. We’re meeting present needs and also looking to the future to make the right investments on behalf of the Victorian community,” Cannon continued.

Tim Vancampen, CEO of VICT, added: “To complement Port of Melbourne’s investment, VICT will also be committing AUD$150 million ($111 million) in infrastructure to support the market with faster vessel turn around and additional slots for our landside customers.

“The $150 million (in this phase) out of a total new investment of AUD$235 million ($173 million) by VICT will include two additional Ship to Shore Cranes (STS), six Auto Container Carriers (ACC) and six Auto Stacking Cranes (ASC), bringing the total STS cranes to seven. The additional infrastructure is expected to be operational in Q3 2023.”

The Container Transport Alliance Australia (CTAA) has welcomed the announcements as it has engaged regularly with VICT senior managements on improvements to landside operations at Webb Dock East.

The Webb Dock East project is the third of nine projects that make up the 2050 Port Development Strategy.

According to the Port of Melbourne, this strategy is key to ensuring it stands ready to accommodate the growing needs of Melbourne and continues to make a major contribution to Victoria’s social and economic prosperity.

“Port of Melbourne delivers around $6 billion in economic benefits to Victoria each year. It’s critical we have the right infrastructure in place to support the economy. What’s good for the port, is good for Victoria, Tasmania, and southeast Australia,” concluded Cannon.

The Port of Melbourne also recently made PTI’s list of ‘Top 5 Ports in Australia 2021’ after a total of 3,278,635 TEU passed through its facilities last year.

A spokesperson from the port told PTI: “Port of Melbourne has continued to operate every day of the year during the pandemic.

“While the port has not been immune to the global supply chain challenges of manufacturing shutdown, container shortages and increased demand for consumer goods, we have worked hard to keep freight moving.