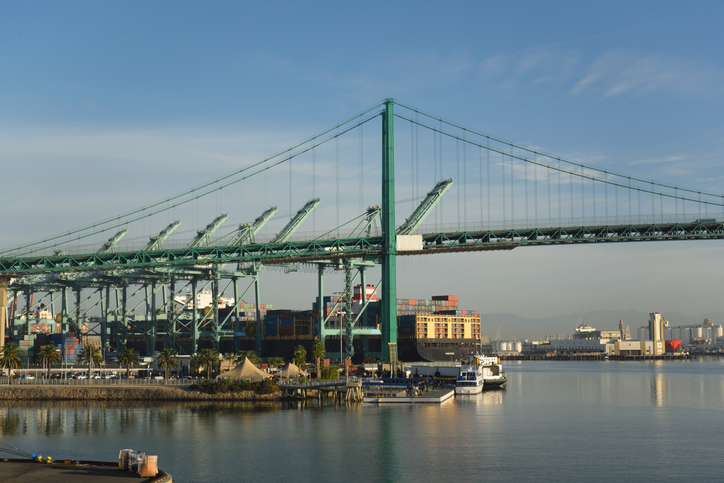 The Port of Los Angeles has announced record-breaking volumes for March, making Q1 2022 its best quarter yet.

This has directly contributed to the port’s best quarter ever, tracking 3.5 per cent above last year’s record.

“With improved fluidity on our docks and fewer vessels waiting to enter the port, our terminals are processing cargo at record levels,” said Seroka.

“Yet we’re not taking anything for granted. We’re using our Port Optimizer data to find developing issues and adjust to market demands. We will keep working at this every day.”

Last month, loaded imports reached 495,196 TEU, an increase of 1 per cent compared to the same period the previous year, while Loaded exports came in at 11,781 TEU, a 9 per cent decrease year-on-year.

Exports have now declined 37 of the last 41 months in Los Angeles.

Empty containers climbed to 351,697 TEU, a jump of 2 per cent compared to March last year.

Earlier this month, Los Angeles announced that it had completed construction of its $65 million Everport Container Terminal Improvement Project.

The scheme looked to improve Everport’s container handling efficiency and capacity, while also allowing it to accommodate the projected fleet mix of larger vessels anticipated to call at the terminal over the next two decades.