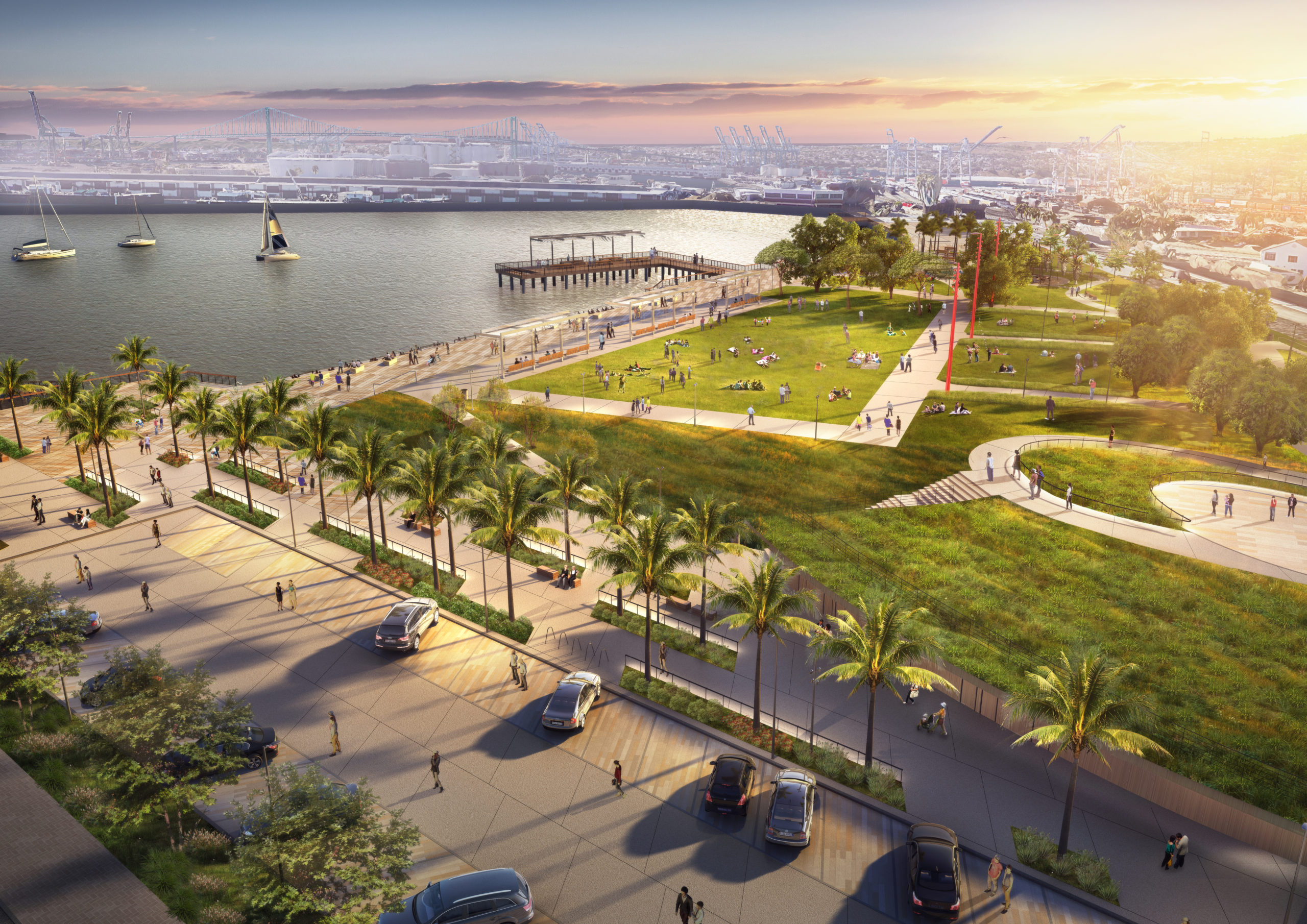 The Port of Los Angeles has begun work on the $70.8 million Wilmington Waterfront Promenade as part of its wider collaboration with regional government to improve public access and port operations.

The Port said it spends approximately $20 million per year maintaining, operating and programming the LA Waterfront. Additionally, it has invested more than $600 million in public access projects since 2005, with an additional $400 million committed until 2025.

Officials from the the Port and City have worked closely together on public health and safety issues, such as the environment. The Port has invested heavily in electrification and so-called ‘cold ironing’.

During the COVID-19 pandemic it stopped using the City’s electricity network to not divert power from hospitals.

Gene Seroka, the Port’s Executive Director, said of the waterfront project: “As a Wilmington resident for more than 50 years, I am grateful to all who have played a role in keeping this project moving forward.

“The Port’s ongoing commitment to financially support public-serving waterfront development is made possible through our Public Access Investment Plan.”

City Councilman Joe Buscaino also commented: “We have worked diligently over the years to create more open spaces and recreational areas for the residents of Wilmington.

“It is most important that we are constantly creating buffers between the Wilmington community and heavy industry. This project will deliver a new waterfront that will be a game changer for Wilmington and the L.A. Waterfront.”

The project will feature a promenade, public pier and dock, public restroom with green roof, playground and parking lots.

Additionally, the Port spends approximately $20 million per year maintaining, operating and programming the LA Waterfront. The Port has invested more than $600 million in public access projects since 2005, with an additional $400 million committed through 2025.

Construction on the Wilmington Waterfront Promenade is expected to be completed by 2023. The construction contract was awarded to Sully-Miller Contracting Co. of Brea, California.