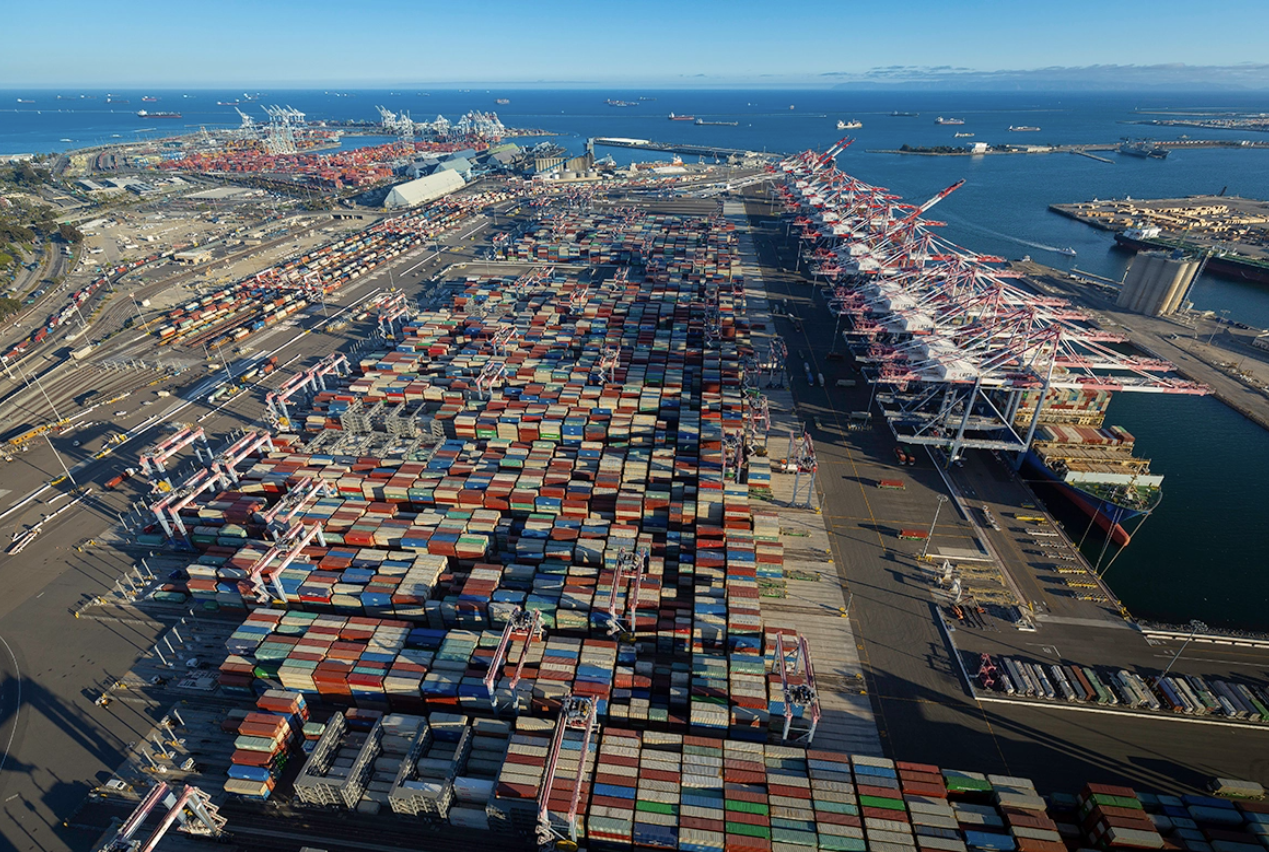 The Port of Long Beach has opened its Long Beach Container Terminal (LBCT) at Middle Harbor.

One of the most technologically advanced cargo facilities in the world, LBCT holds an annual capacity of 3.3 million TEU, which would rank as America’s sixth-busiest seaport.

Construction of the $1.49 billion project started in May 2011. The first part of the terminal opened five years later with the completion of Phase 1, allowing the terminal to begin operations across an initial 151 acres. Phase 2 wrapped up in October 2017, expanding the facility to 191 acres.

The third and final phase concluded in July 2021, growing the terminal to 300 acres with a completed container yard, an administration building and an on-dock rail yard designed to handle 1.1 million TEU annually to minimise truck traffic on local roads and freeways.

Some 14 of ship-to-shore gantry cranes line a 4,200-foot-long concrete wharf capable of welcoming three larger vessels at once.

Another three acres will be added in 2025 with the opening of the North Gate Expansion, taking the terminal to 303 acres.

All ships calling at the terminal plug into shore power connections while berthed, allowing them to shut down diesel engines and connect to the landside electrical grid.

All major structures are built with features to save power and water, meeting gold-level Leadership in Energy and Environmental Design (LEED) standards.

Long Beach Mayor Robert Garcia said, “We are proud to have one of the greenest ports in America in the Port of Long Beach.

“The completion of this new terminal is a testament to our city’s continued commitment to sustainability and green technology.”

“It is truly a technological marvel that will allow us to increase our throughput, improve air quality and maintain our status as a leading gateway for trans-Pacific trade.”

“We thank our partners at Long Beach Container Terminal for collaborating with us over the past decade to develop the most advanced, greenest terminal in the world.”

Long Beach Container Terminal CEO Anthony Otto added, “The final phase of LBCT at Middle Harbor adds container capacity to the Port of Long Beach and ensures the speedy, secure and sustainable delivery of millions of cargo containers for decades to come.”

The Port of Long Beach is the second-busiest seaport in the US.