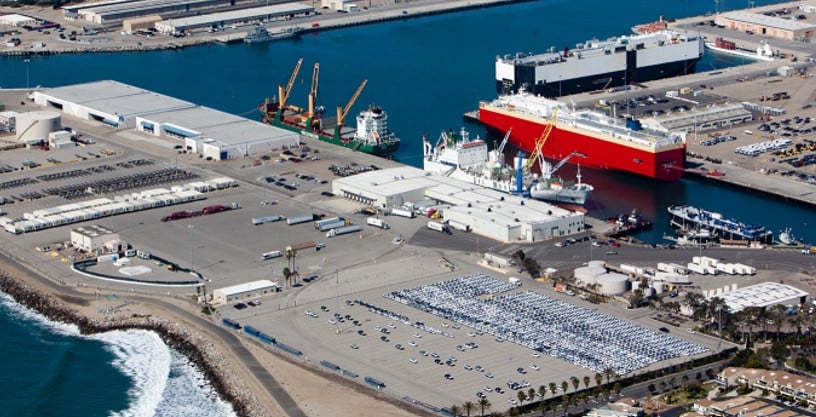 The Port of Hueneme has received $10.4 million in funding from the Ventura County Transportation Commission (VCTC) to help build shoreside power hardware components for its North Terminal.

The news follows the award of $5 million in state and federal funding from the Environmental Protection Agency (EPA) and the Volkswagen Environmental Mitigation Trust to implement green technologies at the terminal.

The North Terminal Shore Power project will allow for Ro-Ro vessels to plug into the electrical grid and avoid auxiliary emissions while at berth.

“This historic and unprecedented amount of funding allows the Port to continue its work reducing air emissions while continuing to move essential cargo,” said Mary Anne Rooney, President of the Oxnard Harbor District, owners of the Port of Hueneme.

“Over the past 85 years, the Port has invested more than $20 million in mutually beneficial environmental projects that foster unity and collaboration with the most impactful and meaningful results for the community.”

According to the port authority, since 2008, there has been an estimated 96 per cent decrease in sulphur oxides (SOx) and a 77 per cent reduction in diesel particulate matter.

Diesel emissions eliminated from vessels at berth and the overall emission reductions will in turn improve the local air quality for surrounding communities.

The Port of Hueneme is aiming to get the North Terminal Shore Power System operational within 2024.

Once completed, the port will maintain contracts to keep the shoreside power electrification equipment operative for at least 20 years.

In November, the Port of Hueneme welcomed a new electric-hybrid crane as part of a $7 million spending spree by Ports America stevedoring.

The crane’s arrival marked another important step in the port’s transition to zero-emissions technology and focus on operational reliability, as the new crane is set to replace old machinery soon to be decommissioned.