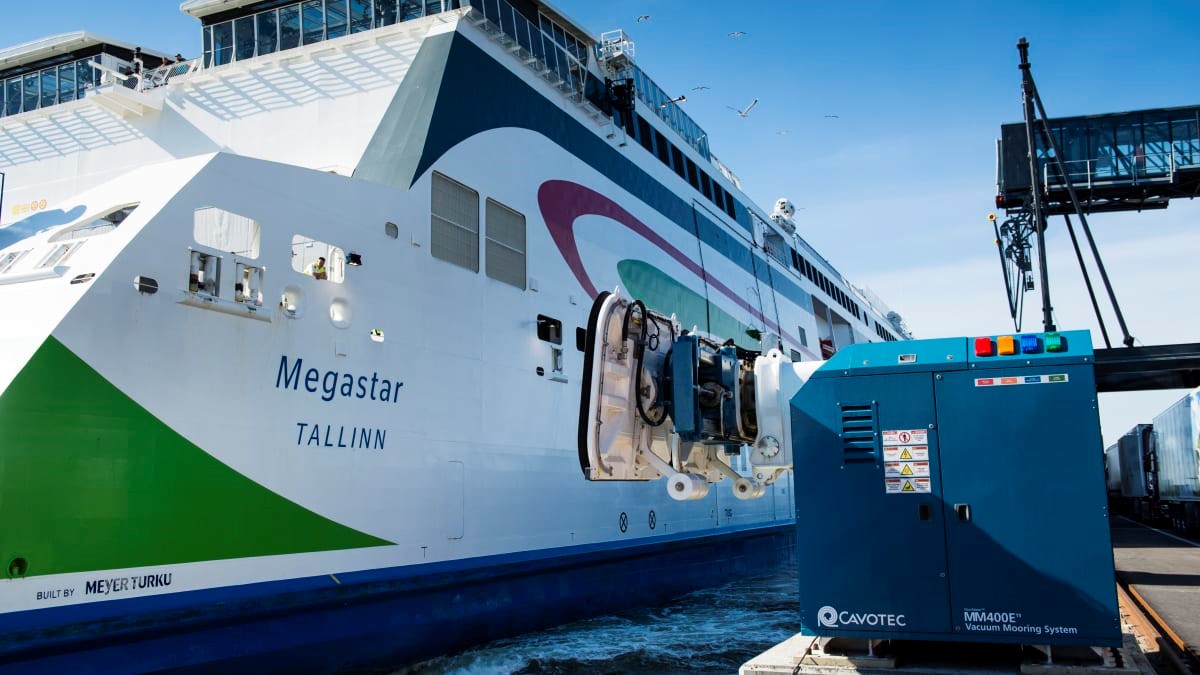 The Port of Helsinki has reduced vessel fuel consumption by up to 2,800 tonnes every year through Cavotec’s automated mooring system.

The MoorMaster technology deployed by the Port has been estimated by DNV GL Maritime Advisory (DNV) to reduce carbon dioxide and NOx emissions equivalent to taking some 5,000 diesel cars off the streets.

Calculations using a new port efficiency tool developed by DNV GL estimate that the Port of Helsinki’s use of the system reduces vessel fuel consumption by up to 2,800 tonnes every year, resulting in almost 8,000 tonnes less carbon dioxide released into the atmosphere.

DNV has developed the tool on behalf of Cavotec to help ports estimate the environmental benefits of automated mooring.

MoorMaster, which has been in use at the port since 2016, replaces conventional mooring lines with remotely operated vacuum pads that moor vessels in seconds.

From 2021, the connecting berths in Tallinn will also be equipped with MoorMaster, enabling vessels to sail between the ports without needing to use mooring lines at either end of the route.

Together, the systems in use at the ports multiply the environmental benefits saving up to 8,100 tonnes of fuel each year.

The user enters values for parameters such as ship type and size, fuel price, and engine size.

Operational data is also entered for mooring and release times, docking frequency, speed, distance, sailing times, and so on.

Antti Pulkkinen, Harbour Master, Passenger Services, Port of Helsinki, said, “The Port of Helsinki is committed to reducing the carbon footprint of harbour operations through its Carbon Neutral programme.

“Auto-mooring systems at the busiest berths play a vital part in the successful reduction of vessels’ carbon emissions.

“As our passenger terminal is centrally located, nearby residential areas, reducing the impact of harbour operations is of the utmost importance to us.”