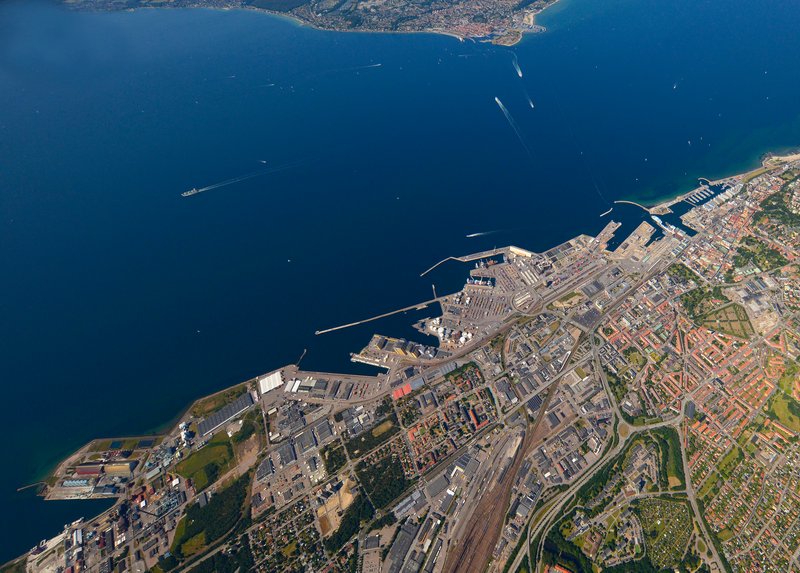 The Port of Helsingborg and the City of Helsingborg are exploring the possibility of moving the container port to enable the city the opportunity to develop and larger vessels to access the port.

In a summary of the City of Helsingborg’s press conference on held January 11 the solution of moving the Port of Helsingborg south was mooted by City and Port officials.

“The opportunities for urban development are closely linked to the port’s development,” said mayor Peter Danielsson (M) during the press.

The number of handled containers in the Port of Helsingborg has grown steadily since the mid-1990s and this development is expected to continue.

At the same time, the ships that supply the port are becoming larger and thus need quays with deeper water.

Marie Weibull Kornias, chairman of the board of the Port of Helsingborg, said she believes that Helsingborg has developed as a logistics city and that many companies want to establish themselves in the region.

This will mean the follow of goods through the port will increase.

“The export industry in southern Sweden is also an important pillar in our container flow,” she said.

In order to receive larger vessels and more goods the Port needs another quay with a water depth of at least 13m.

“We need the opportunity to expand our business,” said Bart Steijaert, CEO of the Port of Helsingborg.

“The port has investigated this together with the city for almost a year and a half and together we have come up with alternatives that give us the opportunity to build a modern terminal and which at the same time give the city better opportunities to develop,” said Steijaert.

Advantages of moving the Port of Helsingborg

Mikael Kipowski, Chief Development Officer in the city of Helsingborg, said, “The big advantage of moving the port south is that we get greater opportunities to develop within the University area, Husar area, and Gåsebäck.

“It provides an opportunity to open up the southern parts of the city towards the sea and it would also make it easier to build a line between central Helsingborg and Planteringen and Miatorp. There are of course challenges in, for example, the environmental area, but we see that it is financially profitable,” he said.

The port of Helsingborg is the second-largest container port in Sweden.

Danielsson said it is important that the port, as well as the city, is given the opportunity for development.