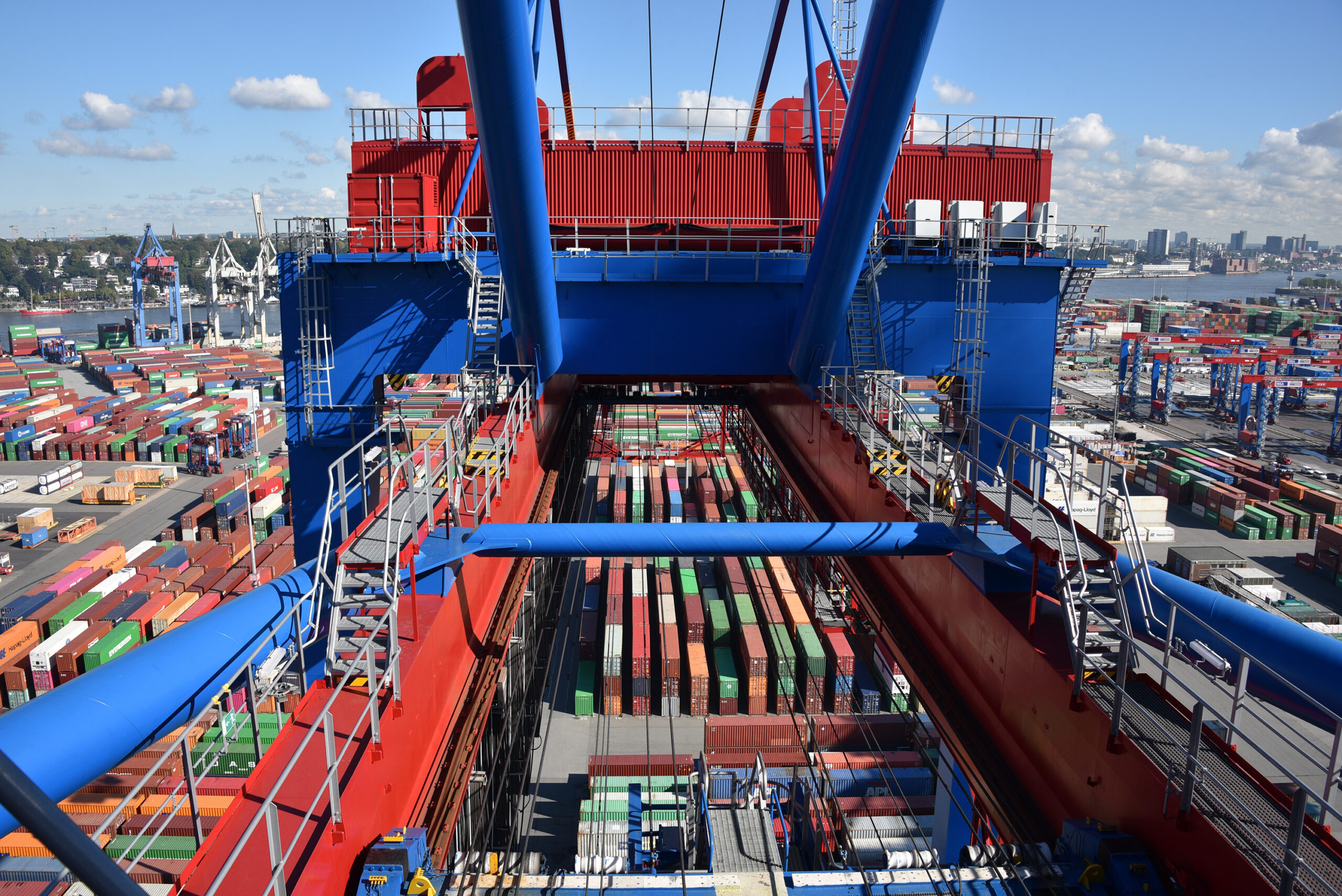 The Port of Hamburg has transported 6.3 million TEU through its quay walls for 2022 so far, a fall of 2.7 per cent.

From January to September, Port of Hamburg handled 91.8 million tons of seaborne cargo, a 4.3 percent drop on the January-September 2021.

Axel Mattern, CEO of HHM – Port of Hamburg Marketing, commented: “Causing long bottlenecks in ship traffic off Hamburg, among other ports, global supply chain disruptions were responsible for a fall in handling.

“In other European ports, the tendency had already become apparent in mid-year. Although we still performed well on a European comparison, in the third quarter global trends then hit the Port of Hamburg.”

In comparison with the rest of Europe, container handling mirrored downturns at its neighbouring ports.

Container handling in Rotterdam dwindled by 4.4 per cent, while Antwerp-Zeebrugge handled 5 per cent fewer containers.

Exports reached 3.1 million TEU, and imports came in at 3.2 million TEU: both of which were 2.7 per cent decreases compared to the first three quarters of 2021.

On changing regions, the Baltic region suffered a striking downturn. Throughput from Russia saw a 67.7 per cent drop, totalling at 80,000 TEU for January-September 2022.

Over the same period, seaborne container handling with Poland rose by 38.5 per cent to 237,000 TEU. Poland climbed from eighth to fourth place in the list of Hamburg’s Top Ten partner countries.

“Prompted by the war in the Ukraine, the energy crisis has caused steep inflation in Germany and many European countries,” Mattern said.

“This will also affect what is normally very strong Christmas business. At the same time, while bottlenecks off ports are shrinking, disruptions in supply chains have not yet all been eliminated. The market will therefore remain volatile for the remainder of the year. This may affect Port of Hamburg throughput.”