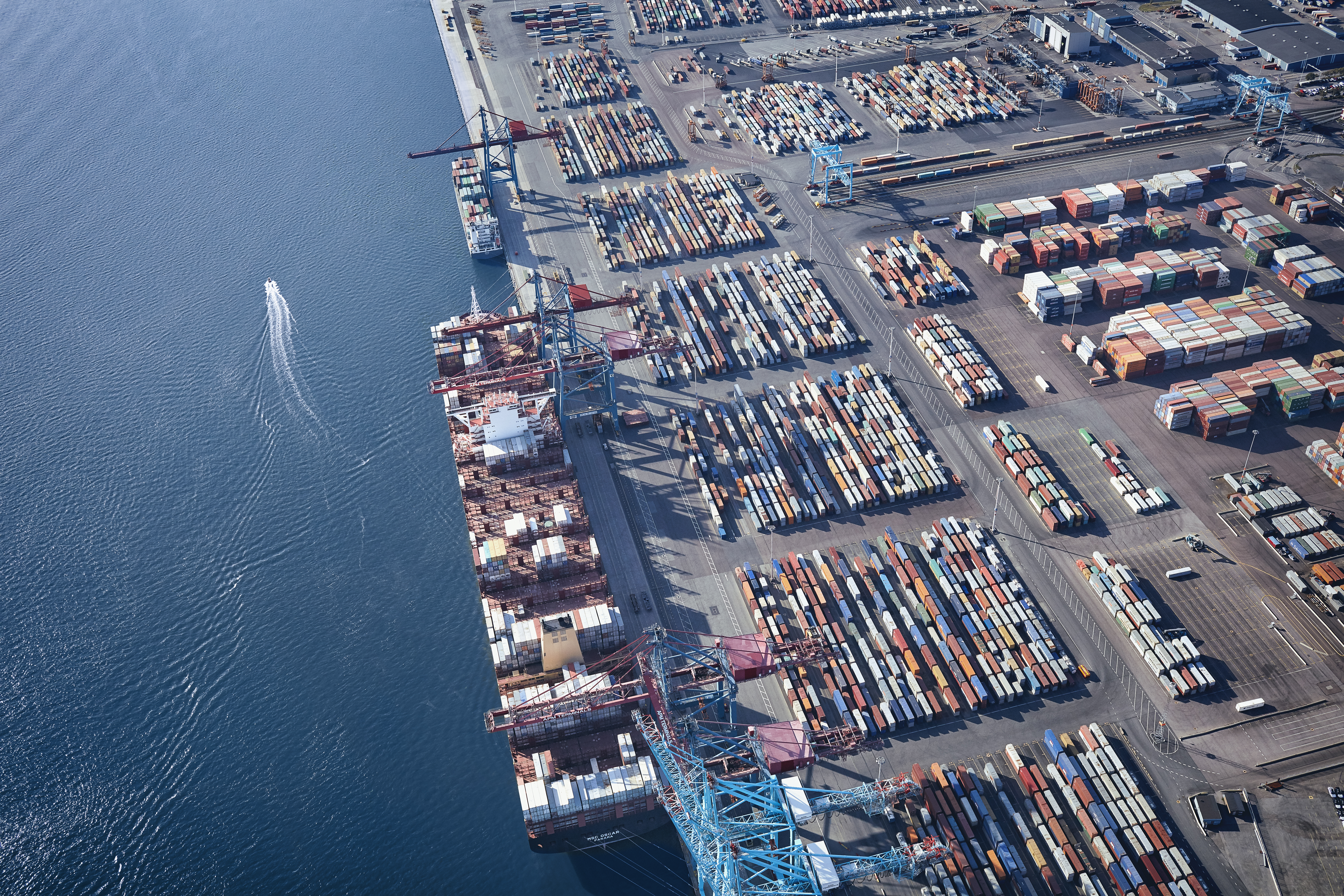 Container freight from the whole of Sweden is being increasingly channelled to the Port of Gothenburg by rail. In total, 456,000 TEU were transported through the port by rail – this is the largest rail volume in the port’s 400-year history.

“Growth in rail volumes is reassuring on several levels. The fact that we are the port of Sweden – from north to south – is very obvious. It is also confirmation that our investment in the port’s transshipment potential and rail infrastructure is the right path to follow,” said Elvir Dzanic, Gothenburg Port Authority chief executive.

Container volumes, reported as 20-foot equivalent units (TEUs), rose during 2019 by 3% to 772,000 units. The past two years have seen a marked increase in container traffic at the Port of Gothenburg. In 2018 growth stemmed mainly from the local catchment area – in 2019 it had the whole of Sweden as its base.

A great deal of long-distance freight for export comprises basic materials used in industry, such as steel, paper, and timber. These are generally transported by rail from inland locations to the Port of Gothenburg for onward transport by container ship to markets on the Continent.

During 2019, 456,000 TEUs passed through the port by rail, up 14% on the previous year. The volume of containerised freight moving into or out of the port by rail rose from an already record-breaking level. The share of quay turnover transported to or from the port by rail is unequalled by any other major international port in the world.

“In 2019, the Port Authority adopted a new environmental goal where the company was set the target of reducing the port’s CO2 emissions throughout the whole of the Gothenburg region by 70% through to 2030. To achieve this goal, the ongoing transition from road to rail is vital,” said Dzanic.

Through quarter three, the port of Gothenburg increased its share of the Swedish container market by one percent. The figure for the full year has not been established as the total volume for all Swedish ports is not yet available.

Uncertainty in the European economy was reflected in the port’s intra-European ro-ro volumes, down 6% on 2018. Prior to that volumes were historically high, reflecting the strong European economy at the time.

More cars during the second half of the year

Handling of new cars at the Port of Gothenburg fell by 5% to 276,000 units. The downturn can be attributed almost entirely to a decline in imports. Volumes increased during the second half of the year, driven largely by a rise in exports by Volvo Cars.

Downturn and upturn in energy products