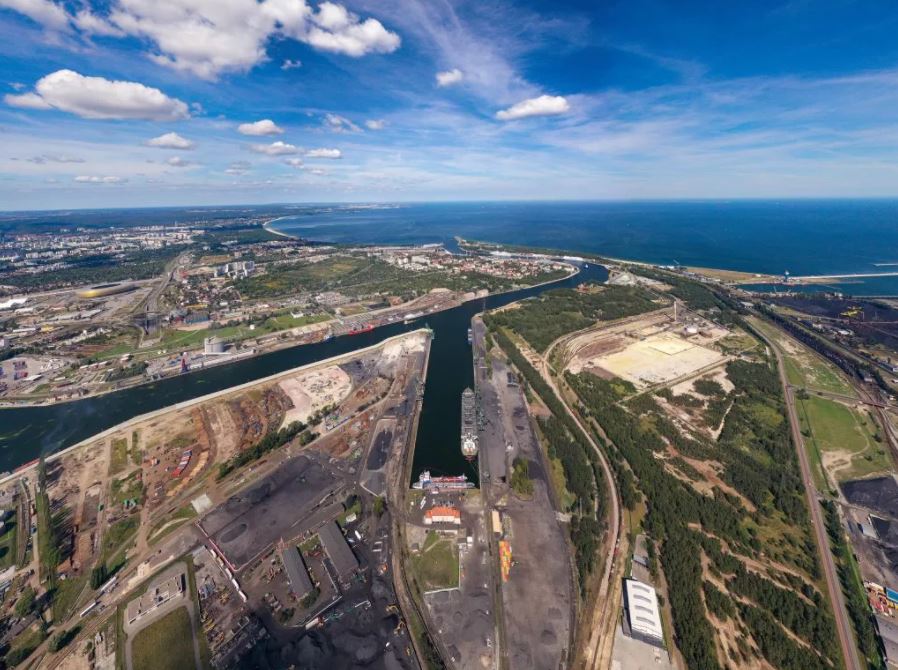 Following the deepening of the fairway and modernisation of more than five kilometres of quays, Port Gdansk plans to make further investments in its infrastructure.

The port has announced the launch of its ‘Improving access to the Port of Gdansk – modernisation of fairway 2’ project.

Under this initiative, Gdansk will extend four quays in the inner port area with a total length of 1,916 metres, including railway infrastructure.

The Wiślane and Bytomskie Quays, located along the port channel, and the Ore Quay III and Coal quay, found in the Mining Basin, will all be developed.

Project evaluation is being conducted by the European Climate, Infrastructure and Environment Executive Agency (CINEA) and is expected to be completed by June this year.

The project is set to cost around PLN533 million ($125 million), 85 per cent of this sum will be financed by the European Union.

The planned investment implementation period is 2022-2026.

“On 18 January we submitted an application to CINEA for co-financing of this investment, as part of the CEF 2 instrument” said Monika Charlińska, Bodziony, Director of the Fund Acquisition and Settlement Department of the Port of Gdańsk Authority SA.

The initiative seeks to increase the competitiveness of the Port of Gdansk, strengthening its handling potential and increasing throughput.

“Thanks to this investment, the quality and standard of ship servicing as well as working conditions will be improved, and the handling capacity and ability to deal with larger vessels will be increased,” the port said in a statement.

“Moreover, the length of the mooring line will be increased, and the shorelines will be adjusted to the needs of vessels with the maximum admissible draught so that they can safely navigate the Port Channel.”

Following the completion of the project, the Bytomskie quay will be extended by 204 metres and serve as a universal quay.

The expansion of the Ore Quay III is expected to create a universal handling berth. As part of this, the electrical and water supply networks, linear drainage and stormwater drainage, and access roads to the quay will all be reconstructed.

One other quay that is planned for reconstruction is the Wiślane Quay on a 918-metre-long section. The task will include the building of a new quay slab resting on a new sheet pile wall and a new pile system. Dredging work will also be carried out.

The necessary elements of the land development network and modernisation of the rail track system at the quay are to be carried out. With this, the first stage of the redevelopment of the Coal Quay covers a stretch of 40 metres.

Back in July 2021, DCT Gdansk was awarded the lease to a new container hub in the Port of Gdansk.

The terminal, known as Baltic Hub 3, aimed to increase the handling capacity of DCT Gdańsk by 1.5 million TEU to 4.5 million TEU.