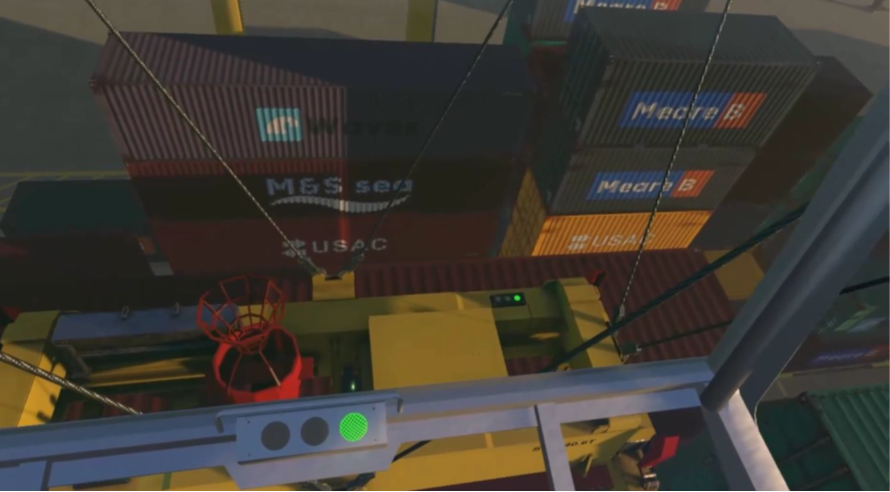 The successful deployment of Flint Tech’s Virtual Reality (VR) simulators at the Port of Gdansk means the company is ready to roll out a full product line to port industry.

The New Competencies Centre at the Port of Gdansk has been using three Flint Tech VR simulators which were delivered between October 2019 and March 2020.

Following the success of the deliveries to the port, Flint Tech told PTI that it now has a full product line for the port industry: meaning the waiting time for the VR simulators has been significantly reduced, as they are ready to ship upon order.

Flint Tech has future opportunities for the port VR simulators lined up but could not provide specifics at this time.

The VR Simulators allow for training on five different port machines – a rubber tyred gantry crane, a ship to shore crane, a port crane, a mobile crane, and a reachstacker.

“In the cases of the New Competencies Centre, we worked with dockers who work on the equipment on a day-to-day basis. We’ve also worked with gantry and crane manufacturer Liebherr, to make the simulation as close to the real machine as possible. All five simulators are not just a toy, they reflect the real machinery, because people who use them in their everyday work helped us to design them. That’s why simulator-based VR training is so effective,” the company said.

The training process in port industry is traditionally long, costly and quite dangerous, according to Flint Tech.

The company also noted that the port market has grown rapidly in the past decade and the employee market has followed. However, training new employees has always been at a bottleneck for the port industry.

By using VR Simulators, staff such as dockers can be trained without using the port’s own machinery which is being used for operations.

VR has been used for training purposes for years. It enables safe, cost-effective and interesting training compared to conventional training.

“The fact that we can create any kind of artificial world available to the user after putting goggles on makes it very popular with port sector companies,” the company said.

“The conditions we have created recreate the workplace in a very real way. We created an application along with the entire station for an operator who can see through goggles exactly what a crane operator sees,” the company said.

“What is more, sensors track trainee’s hand movements and a motion platform accurately reproduces movements of the simulation object. It has the ability to fully simulate the conditions of daily work in the port, at mapping the movements of the crane, and its operation 1:1.”