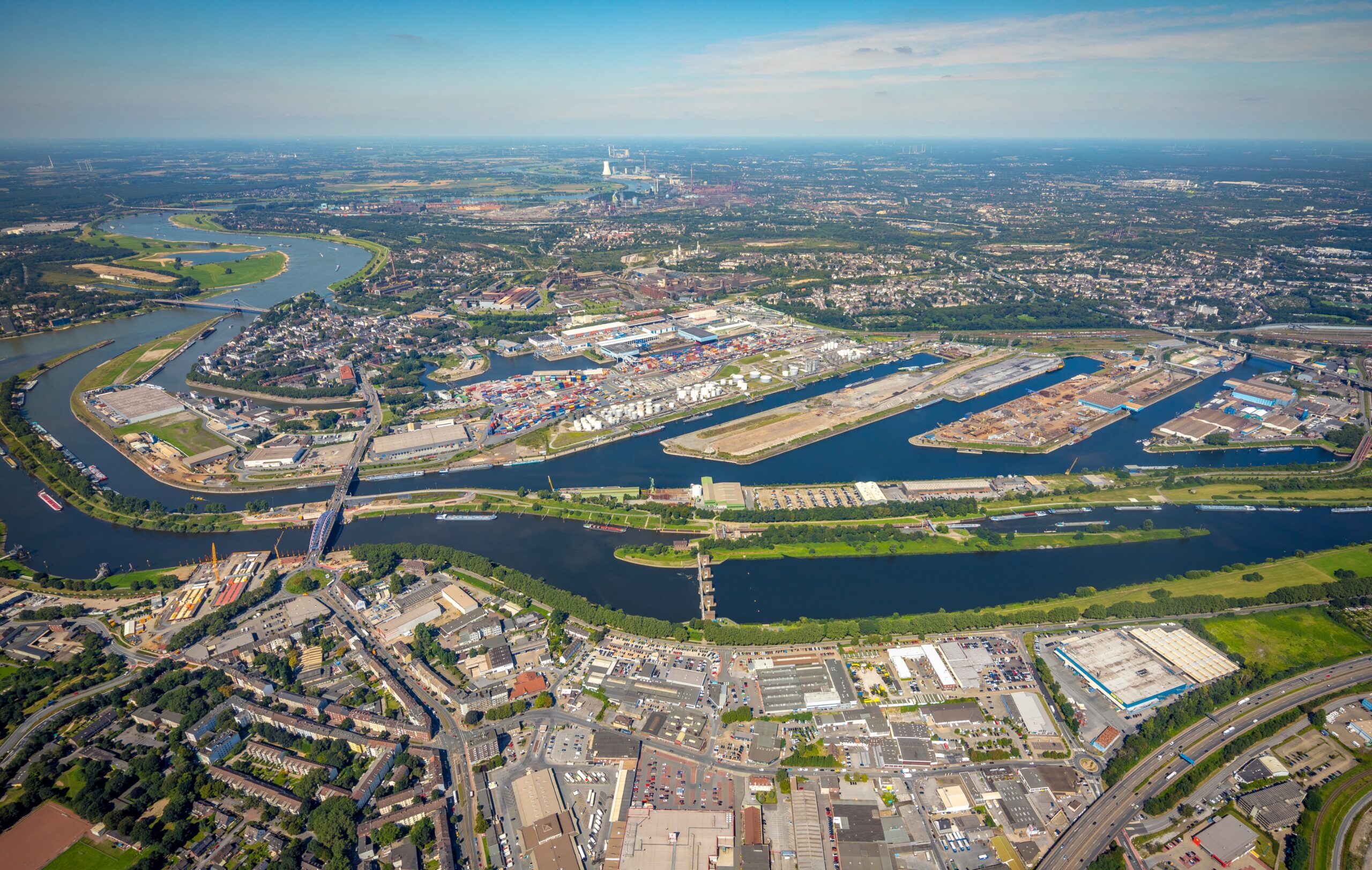 On the site of the former Coal Island, duisport will construct the trimodal Duisburg Gateway Terminal (DGT) by 2023 together with its international partners COSCO Shipping Logistics, Hupac SA, and the HTS Group.

To implement the complete energy transformation, duisport and the Fraunhofer Institute for Environmental, Safety and Energy Technology UMSICHT have analysed forward-looking technologies and developed models for Europe’s largest hinterland hub as part of the enerPort project.

In the follow-up project – enerPort II – the next step is to install a sustainable energy system in the DGT that links renewable energies, energy storage, consumers and various hydrogen technologies.

Key components for this are fuel cell systems and hydrogen engines for power generation as well as battery storage.

For this purpose, 240,000 square meters of terminal space will accommodate six gantry cranes, twelve block train tracks with a length of 730m , and several berths for inland waterway vessels.

Duisport CEO Markus Bangen commented, “In the Duisburg Gateway Terminal, our operations will not only be state-of-the-art, digital and efficient, but also 100% climate-neutral. The largest development project since ‘logport I’ 22 years ago is a model project with a resonance far beyond the Port of Duisburg. It shows what the logistics and energy supply of tomorrow will look like.”

Hydrogen-powered shunting locomotives are planned to be used at the DGT in the future. There are no reach stackers; all goods movements are controlled digitally. An onshore power connection is available for each barge at the dock to minimise greenhouse gas emissions.

The new large-scale terminal is already considered as a test field and model for climate-neutral inland ports worldwide.

The DGT will also bolster duisport’s handling capacity, with the China trains increasing to up to 100 units per week, for example.

Other partners in the first hydrogen project to be implemented directly in the Port of Duisburg are Westenergie Netzservice GmbH, Rolls-Royce’s Power Systems business unit, Netze Duisburg GmbH, Stadtwerke Duisburg and Stadtwerke Duisburg Energiehandel GmbH. The project is being funded by the German Federal Ministry of Economics and Climate Protection for a period of four years as part of the Hydrogen Technology Offensive.

“They provide a home for both national and international freight transport as well as other industries and trades, and are also often located close to residential areas. As a consequence, their further development must meet economic requirements alongside climate and environmental protection requirements.”In November the port announced plans to house the new European headquarters for hydrogen solutions provider Plug Power in a bid to grow its green hydrogen economy.