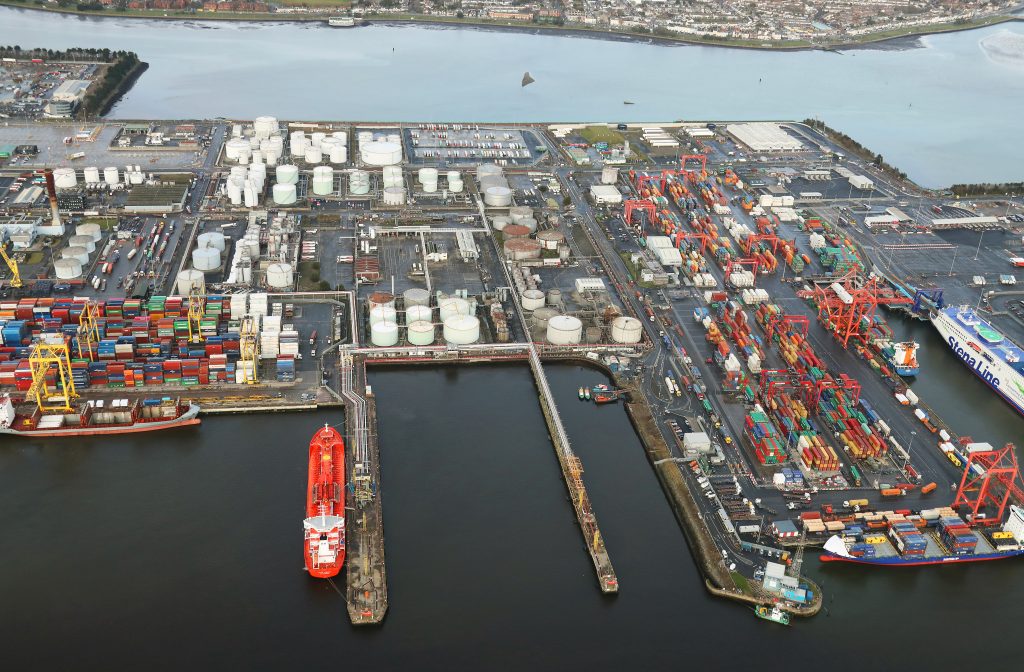 The Dublin Port Company has reported trading figures for the first quarter of 2022, registering a year-on-year increase in volumes of 13.7 per cent.

Following a large decline in Q1 2021 due to Brexit, the port’s volumes have strongly recovered to 8.9 million gross tonnes.

“Given that the first quarter of 2021 was very weak in the wake of Brexit – with overall cargo volumes back by 15 per cent – we anticipated, and duly saw, a strong recovery of +14 per cent in the first quarter of the year to nine million gross tonnes,” commented Dublin Port’s Chief Executive, Eamonn O’Reilly.

“Dublin Port accounts for four-fifths of all trailers and containers handled in ports in Ireland and, in the first quarter of 2022, volumes grew strongly by 13 per cent to 363,000 units.”

“This recovery was driven, in large part, by the 23 per cent growth to 192,000 units in freight volumes on services to the ports of Holyhead, Liverpool and Heysham. However, volumes on these routes are still 18 per cent below their pre-Brexit levels.”

“Elsewhere, volumes of trailers and containers on services to the EU and beyond – which had increased by 18 per cent last year – grew in the first quarter of 2022 by a further 2 per cent to 171,000 units.”

Prior to the pandemic, the Port of Dublin reported a modest growth in unitised volumes to 1.5 million units for 2019.