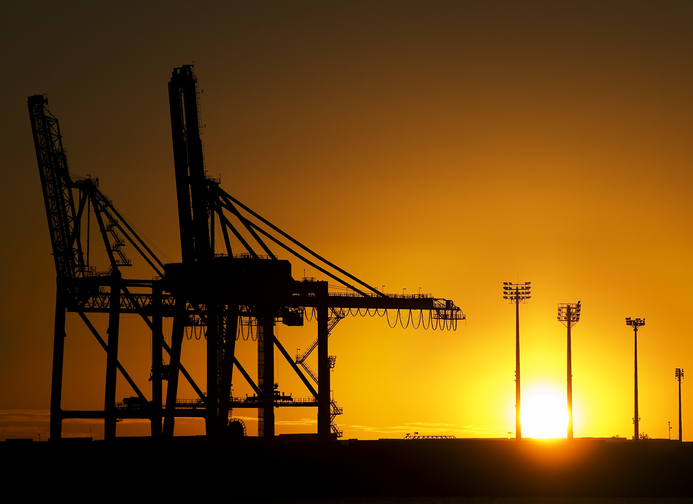 The Port of Brisbane anticipates moving more than five million TEU by 2050, outlining infrastructure and technological upgrades to meet demands.

In total, the Port handled 1.39 million TEU in FY21, according to Jamie Wardle, Trade Development Executive at the Port of Brisbane, in a DHL Webinar on 24 August.

On exports, 35% of the port’s container trade, traffic has slumped, seeing a 5.8% decrease in FY21 compared to FY20 levels – largely due to national drought and trade wars with China.

The port is also experiencing a surge in empty container movement – similar that experienced by ports in Los Angeles and Rotterdam – as shipping lines focus on returning container inventory to China.

Wardle said that one of the biggest changes to port operations has been through larger vessels calling at the port.

“This is a development that we’ve had to react to, and it’s a need from industry to deploy vessels down to this market. This development has changed quickly,” he told the webinar.

“[Vessels of] 8,500 TEU are now a regular caller here that we’re getting every week, which has presented some challenges for us. We’ve had to upgrade wharf infrastructure and upgrade the basin [to accommodate].”

Some AU$500 million ($362 million) of CAPEX investment has been made at Brisbane since privatisation in 2010.

The port is also utilising its Non-Channel Optimisation Strategy (NCOS) Online platform, which brings in data on draft levels for larger vessels sitting in a wharf.

“We see ourselves as a supply chain enabler. That’s the reason we’re making these investments,” Wardle said.

“We have invested to replace bollards and fenders. We’re getting larger vessels, so we have had to replace a lot of our infrastructure to cater for industry growth,” he added.

“Prior to us using this tool, we had an under-keel clearance system, which did not give us accurate data at all. NCOS uses real live accurate data, giving our Harbour Master greater confidence in where the vessel is sitting, allowing accommodation for vessels [with larger holds].

“It’s a gamechanger, and we believe we are one of the first ports in the world to invest in this technology.”

Wardle said the port has no current plans to make investments on shore power.

The Port of Brisbane is considerably behind its national counterparts in rail modal share.

Just 1.7% of containerised cargo moves through the port on rail, compared to industry standard of 20%.

“We’re doing work in this space to lobby government to reduce the number of truck moves. At current rates, by 2050, if the port moves five million TEU, there will be more than 12,000,000 truck moves,” Wardle said.

“[It is] a massive issue for us. Our rail network has not really had any investment done for the best part of 100 years. We’re lobbying federal and state government to fix rail, particularly in Queensland,” he added.

The port anticipates to see greater rail increase through the AUS$15 billion ($11.65 billion) Inland Rail project, which will improve rail connectivity between Melbourne and Brisbane.

However, Wardle lamented that the line will be completed some 30km south of the port at Acacia Ridge, with the port authority lobbying Queensland government to connect the port and the line for the remaining journey.

The Port of Brisbane handles 20% of container volume for the east coast of Australia, handling some AU$50 billion of trade handled annually.