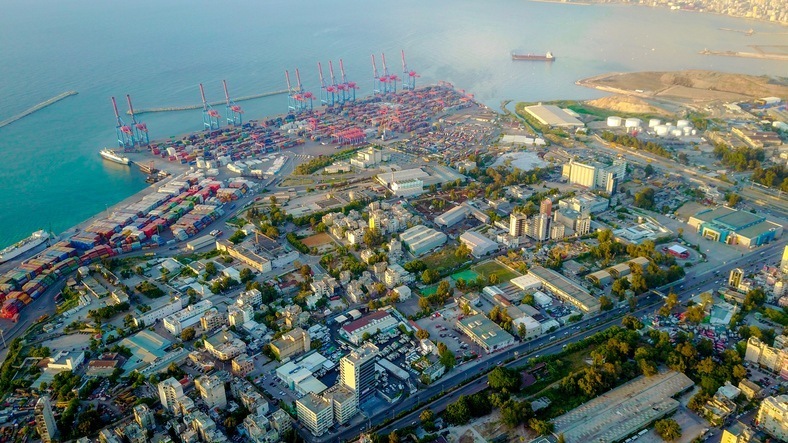 The explosion at the Port of Beirut on 4 August 2020 has left Lebanon without its main trade gateway and deprived shippers of a major Mediterranean and Middle East trade hub.

The cost to people’s lives – 137 dead and more than 5,000 injured at the time of writing – has been devastating and may yet get worse. In the long term it threatens to cut Lebanon, a country already beset by economic turmoil, from the global economy.

It raises the question, if ships cannot call at Beirut, where can they go? The Mediterranean has plenty of technologically advanced ports that serve wide-ranging and specific needs, which is necessary for a region that sits in the middle of three continents.

However, the Port’s location made it not only a critical gateway for Lebanon but for all neighbouring countries, and the ramifications could well be felt as far as Saudi Arabia and beyond.

How can Lebanon’s supply chain recover?

Before the explosion the Port of Beirut handled approximately one million TEU and nearly six million tonnes of cargo from 3,000 ships a year, with a private and logistics free zone to ensure smooth connectivity with regional and international markets.

A new container terminal and expanding fleet of container handling equipment enabled the Port to grow its capacity and importance to the regional supply chain, a status it has held without interruption since the 1950s.

Taking the Port out of commission will “generate fiscal and economic pain for Lebanon,” supply chain expert, Kris Kosmala, told Port Technology International. Furthermore, it will force other ports in the region to take up the burden of handling the trade Beirut once did.

Such has been the damage caused by the explosion that not only have the Port’s facilities been largely destroyed but access to and from both the sea and the city has gone, which could render it unable to process any cargo, containerised or otherwise.

Having said that, some reports suggest limited real damage to the container terminal. Vincent Flamant, from the Aqaba Container Terminal in Jordan, when asked by Port Technology International, said he believed the terminal could resume activities “within days” and that the Port of Tripoli could handle most of the cargo that is unable to call at Beirut.

As it is tied inexorably to the wider global economy, the one constant in shipping is trade and growth, which means the TEU and non-TEU cargo that once flowed through Beirut must be sent elsewhere.

Kosmala suggests Tripoli could be a long-term beneficiary. Situated in one of Lebanon’s other major cities and currently in the middle of its own expansion, the Port has ambitions of becoming another Mediterranean trade hub.

Gulftainer, The Port of Tripoli’s operator, is already spending $60 million on a modernisation and expansion project designed specifically to become an alternative to Beirut. This project includes ship-to-shore (STS) cranes and automated yard systems and technologies, and in the future, driven by necessity, lead to a free trade zone.

In the short-term, at least, it might be difficult for Tripoli to serve all the needs left behind by Beirut’s explosion due to the shallow draft. This leads to the possibility of other ports in region, such as Lattakia or Haifa, also having to take on some of the burden.

However, Kosmala commented, “Over time, flows of reconstruction materials will have to recommence, as I can’t see it all being carted from Tripoli or even from Haifa or Lattakia.

“Since both cement and grain silos have been destroyed [in Beirut], the bulk goods will have to find alternative means of import storage. That again points to role that has be shouldered by Tripoli, a big ask.”

For containerised cargo, shipping lines CMA CGM and Hapag-Lloyd have already confirmed the diversion of some of their ship calls to Tripoli. Hapag-Lloyd is also diverting a vessel to discharge its cargo at Damietta, Egypt.

Because it is not certain that between them those ports will be able to replace Beirut, this could cause congestion and delay for shippers in Saudi Arabia, India and China looking to do business in Europe, and European shippers going the other way.

If that proves to be true then the only long-term solution is the complete reconstruction of the Port of Beirut, or an accelerated expansion of Tripoli. Without either, Lebanon is in danger of being cut off from the global economy for good.

Subscribe to Port Technology International to engage with the port industry through our award-winning monthly Journals and thousands of expert-contributed Technical Papers.